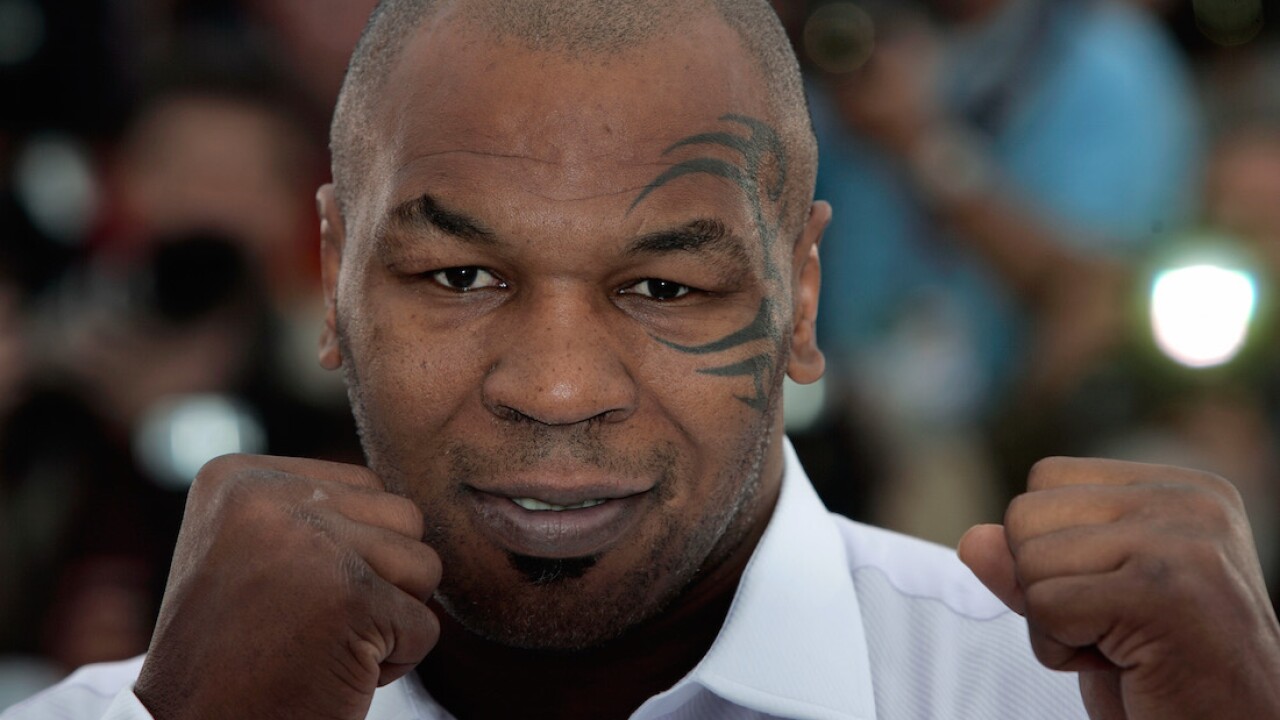 According to a press release by Triller, the 8-round showdown was slated for Sept. 12 but has been pushed back to Nov. 28.

"Changing the date to November 28 will give more people the opportunity to see the biggest comeback in boxing history," Tyson said in the news release. "This temporary inconvenience will last longer than Roy Jones Jr. He better be ready, I'm coming full force."

New fights on the undercard were also announced. Badou Jack will face off against Blake McKernan and Viddal Riley will take on Rashad Coulter as they join the previously-announced bout between Youtube star Jake Paul vs. former NBA player Nate Robinson.

"Given the enormous interest, the holiday weekend will make this historic battle an even bigger viewing event, marking the first live Pay-Per-View event brought to the world by Triller as the first of the "Triller Battles" series," Triller said in the release.

The event is to take place at Dignity Health Sports Park in California and the California State Athletic Commission is sanctioning the bout.

The "Frontline Battle" will be available to watch on Pay-Per-View and the social media platform Triller.