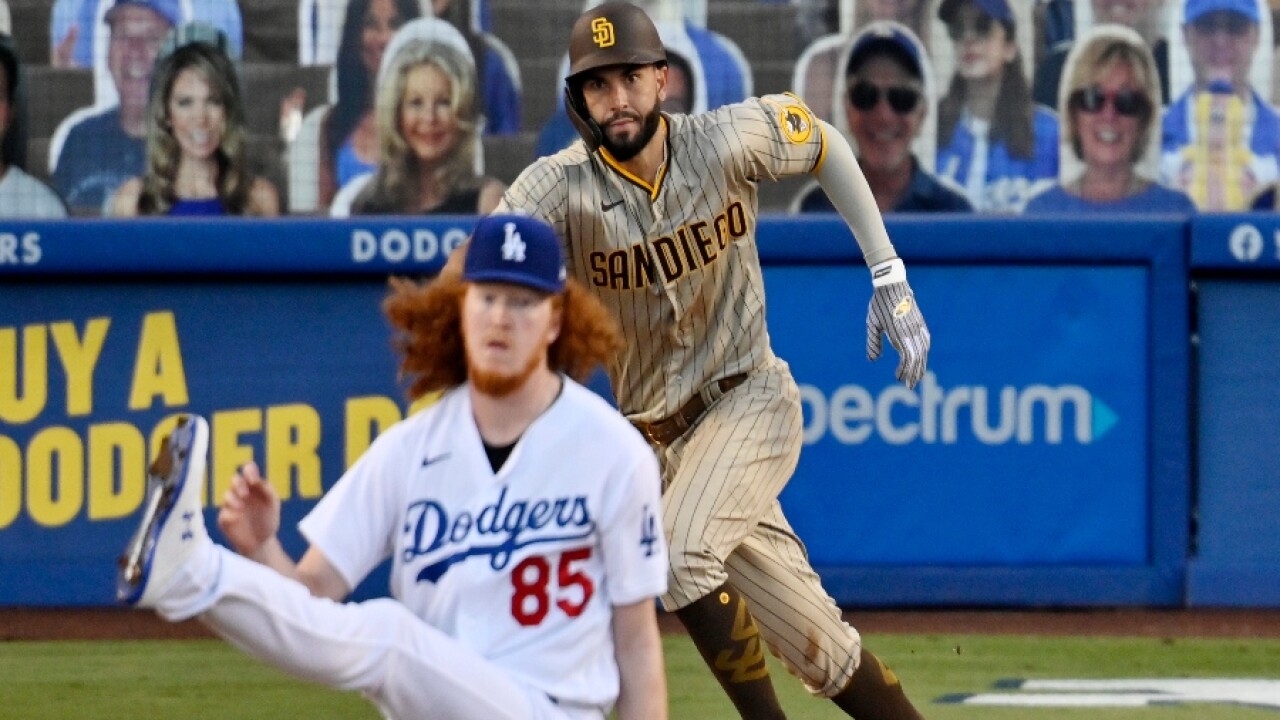 LOS ANGELES (AP) -- Eric Hosmer singled in the go-ahead run with two outs in the sixth inning, and the San Diego Padres beat the Los Angeles Dodgers 2-1 in the opener of a four-game series.

Joc Pederson bobbled Hosmer's hit to left and couldn't attempt a throw as Trent Grisham scored from second after Dustin May walked him, giving the Padres a 2-1 lead.

Austin Hedges homered with two outs in the fifth to tie it at 1. It was Hedges' third hit and first homer of the season and only the second home run given up by May.