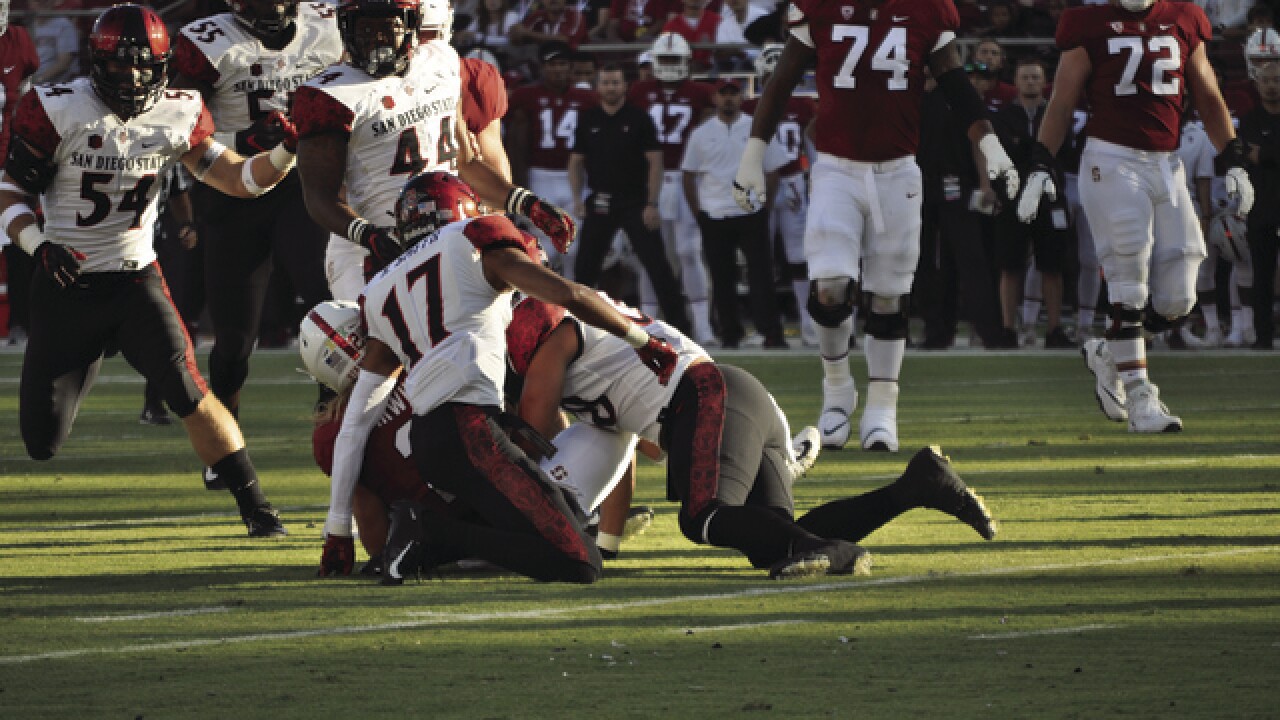 The rematch of one of San Diego State’s best games last season was much like blockbuster movie sequels: it disappointed.

SDSU had prepared for this game by focusing on stopping Bryce Love, Stanford University’s senior Heisman candidate at running back. They succeeded in stifling the run by holding Love to 29 yards on 18 carries, but the weakness in their defensive secondary was exposed.

Stanford head coach David Shaw said the Cardinal offense had to adjust at half time, as they switched from focusing on the run to relying on their passing game.

“[There was] a lot of blitzing and stunting. We tried to stay with them as long as we could. And in doing so they left obviously JJ Arcega-Whiteside, in particular, one-on-one,” Shaw said, “So we came back at halftime and said, okay, let’s just stop being stubborn; let’s go take advantage of it.”

A big part of SDSU’s win last year depended on several mistakes made by then-starting quarterback Keller Chryst, but this season’s starter, K.J. Costello, gave the Aztecs almost nothing to work with.

Costello finished with with 332 yards through the air to go with four touchdowns and one interception, and is a significantly better passer than Chryst, who transferred from Stanford after losing the starting job to Costello during the middle of last season.

“They had a receiver we couldn’t cover.” head coach Rocky Long said.