COLUMN: Cheer for the Chargers? Not going to happen 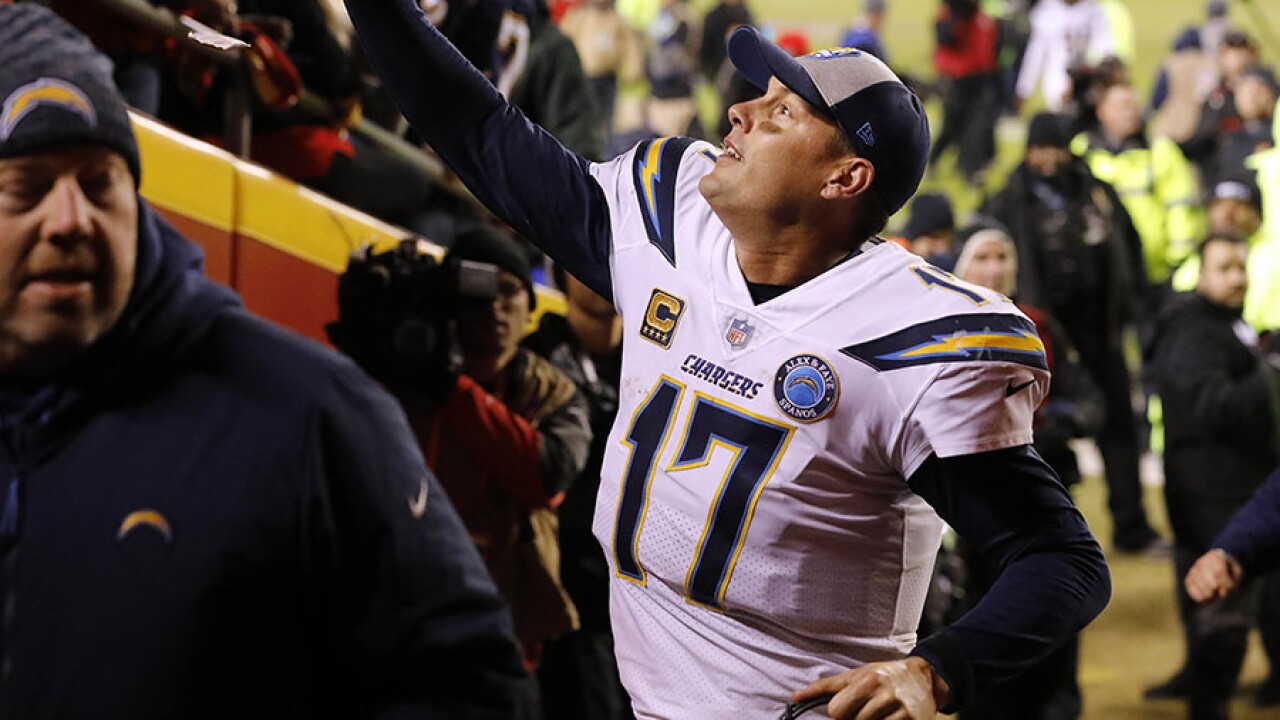 Time, that notable physician, has yet to heal my wound. I suspect the injury is terminal.

You see, I didn't choose to stop being a fan of the Chargers. I had no say in the matter.

Imagine a plate of steamed asparagus. Delicious for some. Disgusting for others. But whatever your opinion, it wasn't a choice -- just a gut reaction.

That's how it works with me and the Chargers. For nearly 40 years, I couldn't help myself. Believe me, no rational person would choose to cheer for a team with Ryan Leaf at quarterback. Nevertheless, I always hoped for the best; suffered through the worst, and rode those occasionally glorious waves into January.

I thought that involuntary reaction might carry over to the Los Angeles Chargers. After all, the uniforms look the same. The players are mostly the same. The special teams gaffes are uncannily familiar.

It didn't. I still watch a lot of Chargers football (part of the job, you know). Now, though, my gut demands that I pull for their weekly opponent. It's not a conscious decision, or a political statement, or even a referendum on Dean Spanos. I suppose, as a lifelong San Diegan, I'm just wired that way.

Of course, not everyone feels like I do. This season's run toward the playoffs is rekindling interest in the Chargers across the county. Even the San Diego Union-Tribune wrote an editorial encouraging fans to enjoy the ride, if they see fit to do so.

I will neither offer my blessing nor discouragement (it would be arrogant presumption to do so). But I just can't get behind a team that abandoned a home market after 56 years of Sunday passion, and don't think I ever will.

Blame the owner, they say, not the players on the field. Oh, I do. If Philip Rivers was traded to another team, I'd be pulling like heck to see him win a Super Bowl ring. But not on this team.

Sadly, the numbers say we're a community divided. Once a uniting force, the Chargers drove a wedge through San Diego that may never be repaired.

A recent 10News/Union-Tribune poll shows that out of every 100 people in San Diego who used to consider themselves Chargers fans, 50 are still pulling for the team, and 50 want them to fail every time they take the field. Every Chargers win makes half of us happy, and other half sad, disappointed, bitter, or angry.

Maybe that's what bothers me most of all. No matter which side you belong to, there's a good chance the person sitting next to you is wincing while you cheer.

If the Chargers stumble in their playoff opener, half of San Diego will once again feel that keen but familiar sting, while the other half celebrates their early demise.

If the Chargers go on to win the Super Bowl, half of San Diego will party in the streets, while the other half will feel nothing but resentment.

Either way, we all lose. And I know exactly who I blame for that.