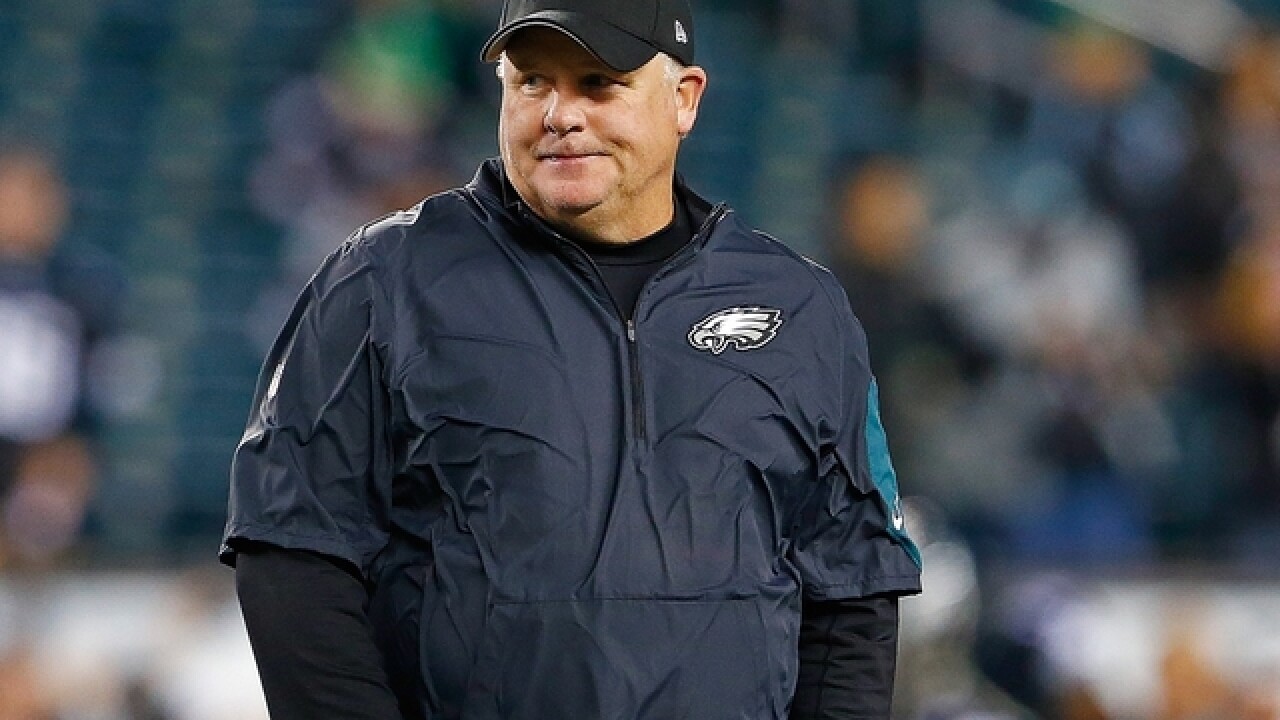 "I am thrilled to welcome Chip Kelly to Westwood," Bruins Athletics Director Dan Guerrero said. "His success speaks for itself, but more than that, I firmly believe that his passion for the game and his innovative approach to coaching student-athletes make him the perfect fit for our program. `Champions Made Here' is more than just a mantra at UCLA, and I'm confident that Chip will lead UCLA football back to competing for championships. I'd like to thank Josh Rebholz, Casey Wasserman and Troy Aikman for their input during this process, as their candor, experience and support were invaluable."

"It is an absolute honor to join the Bruin family, and I am grateful to Chancellor (Gene) Block and to Dan Guerrero for this incredible opportunity" Kelly said. "UCLA is a world-class institution with a distinguished history in athletics, and we will do our part to uphold its tradition of excellence."

Kelly will be formally introduced in a news conference Monday afternoon on the UCLA campus.

His contract is for five years and $23.3 million, with a $9 million reciprocal buyout, according to school officials.

The 54-year-old coach had a celebrated run in Eugene, Oregon, posting a 46-7 record and leading the Ducks to an appearance in the 2011 BCS title game, which Oregon lost to Auburn. His Ducks teams were famous for their high-octane, high-paced offense, which ran a record number of plays and scored a ton of points, averaging nearly 50 points per game in 2012.

He had less success in the NFL, with stops in Philadelphia and San Francisco. The Eagles made the playoffs in Kelly's first season there in 2013, but he was fired after going 6-9 in 2015 with a talented team that was widely viewed to have underachieved.

$15 million: What 49ers still owe Chip Kelly. That will be mostly erased when he takes his next job since contract stipulates new salary offsets buyout.

His stint in San Francisco lasted just one season before he was fired.

Kelly replaces Jim Mora, who was fired last week after UCLA lost to USC. Mora went 46-30 in six seasons at the helm in Westwood.

The Bruins beat California, 30-27, Friday night under interim coach Jedd Fisch, to qualify for a bowl game appearance this season.

On Sunday, UCLA fired Jim Mora on his 56th birthday.

Today, UCLA has agreed to hire Chip Kelly on his 54th birthday. 🎂