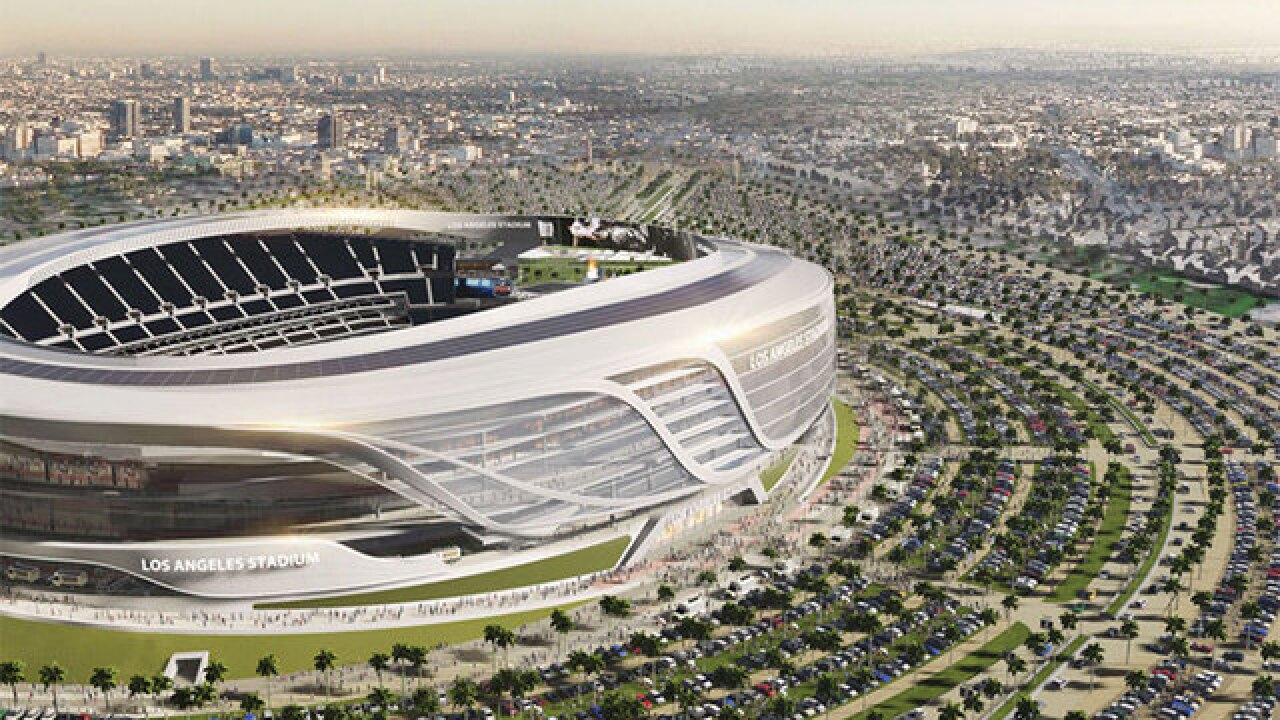 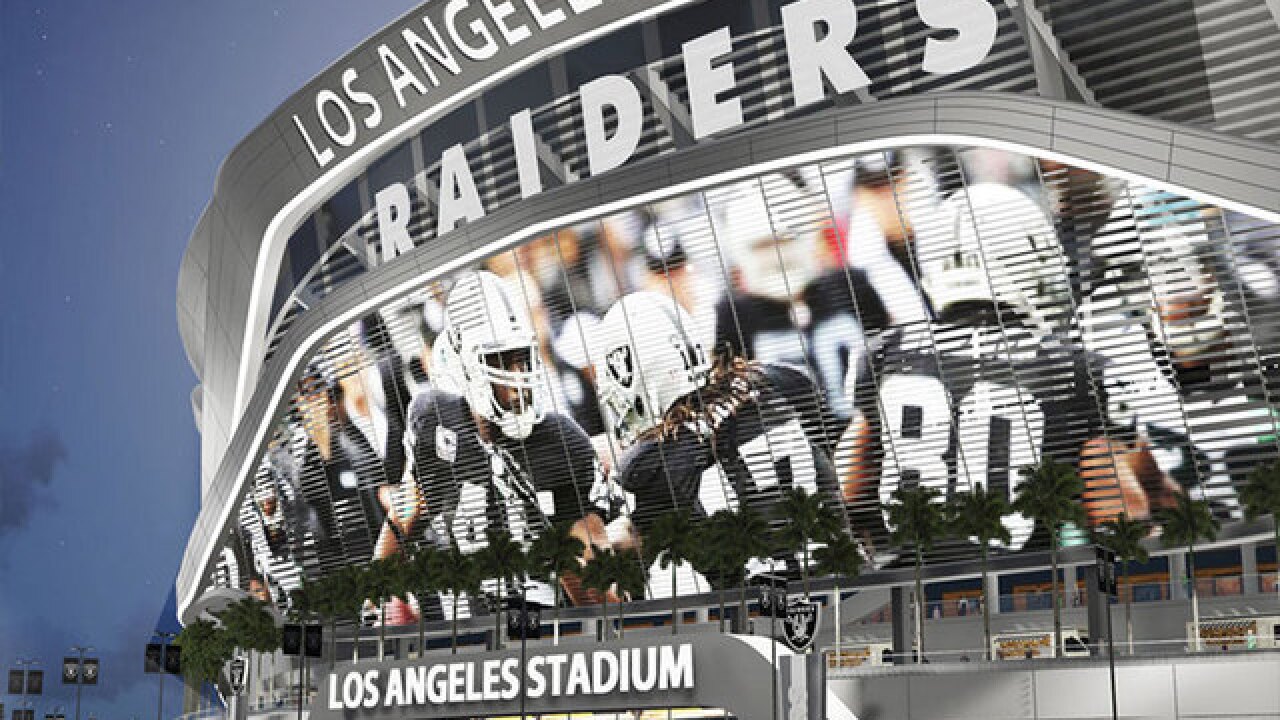 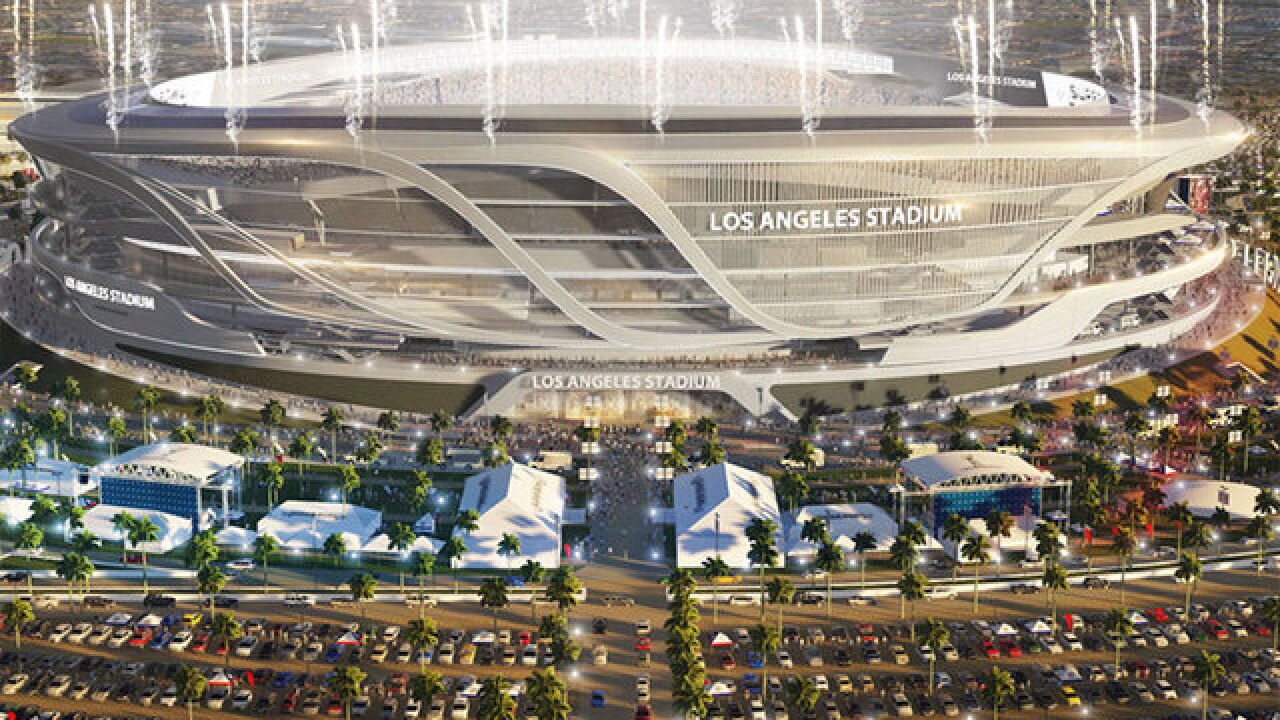 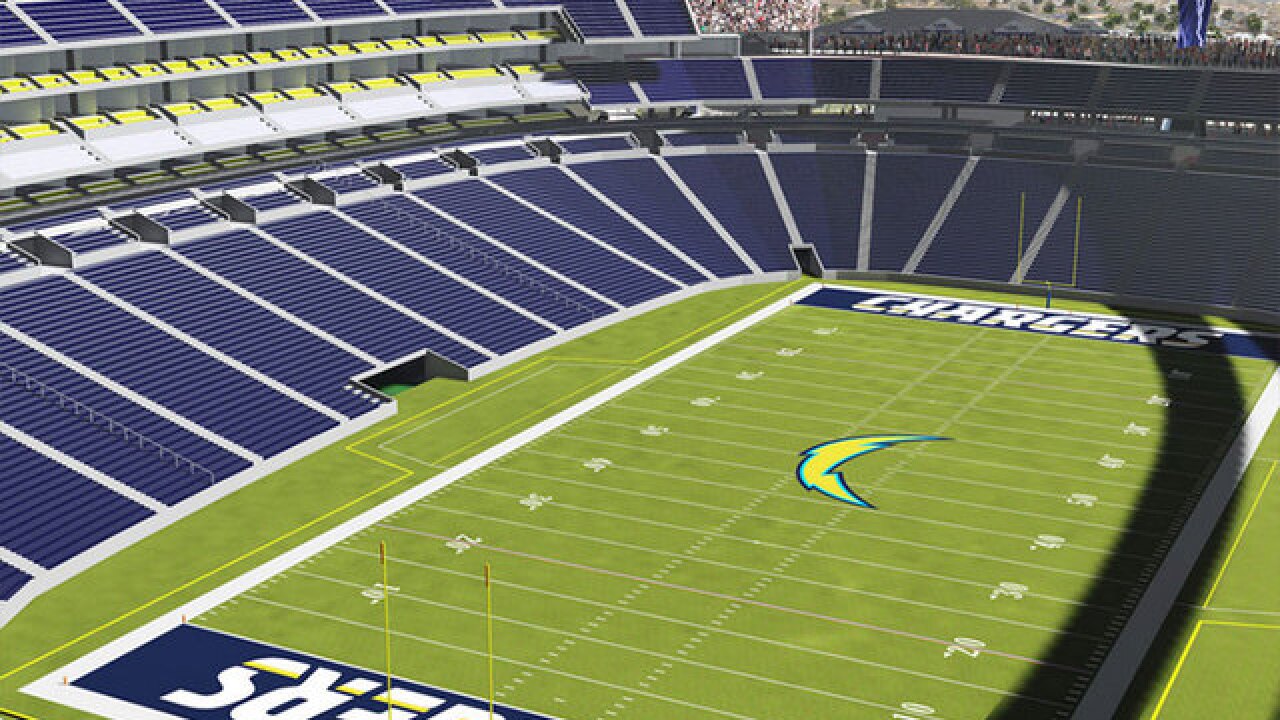 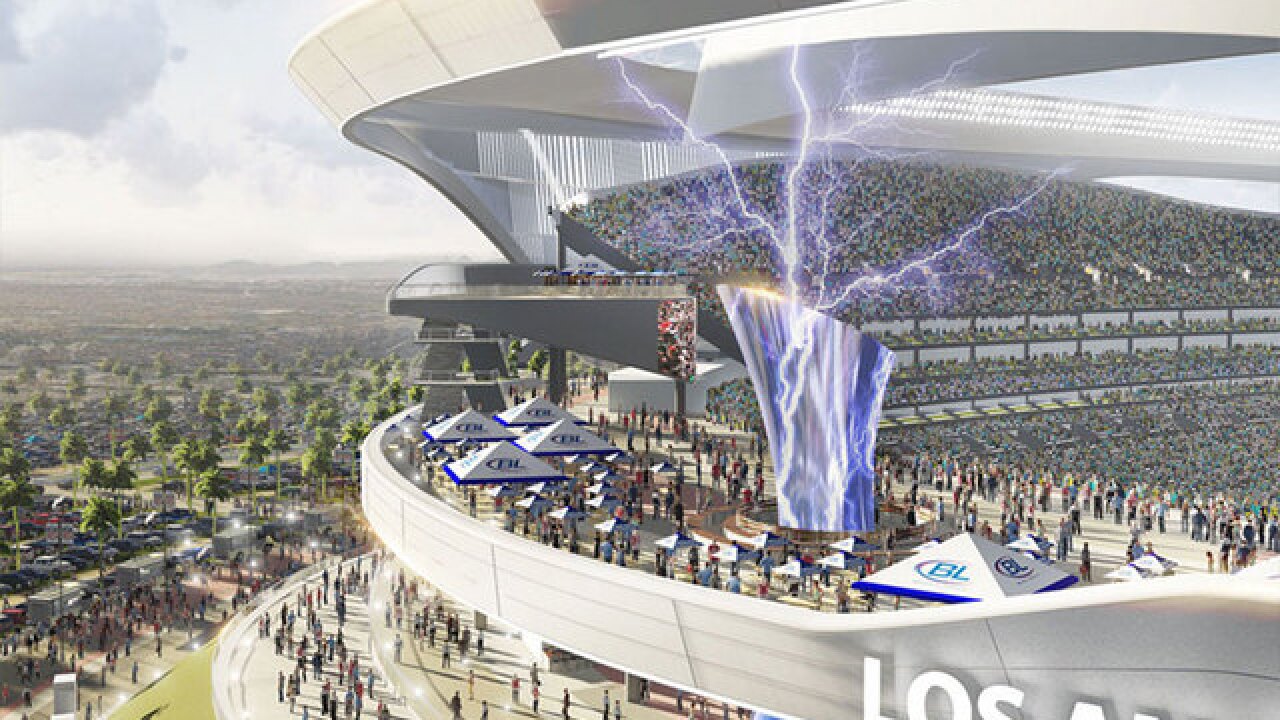 By: City News Service
Posted at 8:15 AM, Dec 16, 2015
SAN DIEGO (CNS) - A Los Angeles-area city hoping to move the Chargers from San Diego will likely take another step in the process at a city council meeting tonight.
As part of the city of Carson's drive to entice the National Football League, city officials will consider putting a development moratorium on land adjacent to a proposed football stadium.
Carson is south of the city of Los Angeles near the intersection of two major freeways.
"If the Chargers and Raiders come to town, Carson can expect a real estate development boom,'' said Carson Mayor Albert Robles. "This will be a tremendously exciting time for Carson.''
The city is hoping both the San Diego Chargers and Oakland Raiders would leave their current cities and share a Carson stadium.
Robles said the moratorium on land surrounding the stadium parcel will help the city bring appropriate development to the area.
"To reach our dreams, we will need to be smart and careful about the kind of development that we allow on the properties surrounding the stadium,'' he said. "We need to get this right.''
The proposed moratorium would affect about 600 acres of land west, north and east of the 157-acre stadium property, according to Carson officials.
A city statement predicted that if a stadium is built and the NFL comes to Carson, "the pressure to develop the surrounding properties will be intense.''
Officials cited a city report that shows Carson "has already seen 'tremendous speculation in properties around the stadium with land values going up.''
Robles said Carson needs "a breathing space so we can begin working with investors and planners to figure out how to create tremendous projects that are compatible with the stadium."
"A moratorium will give us that breathing space so we can begin looking at a strategic plan for these stadium-adjacent properties.''
City News Service Modified 2015