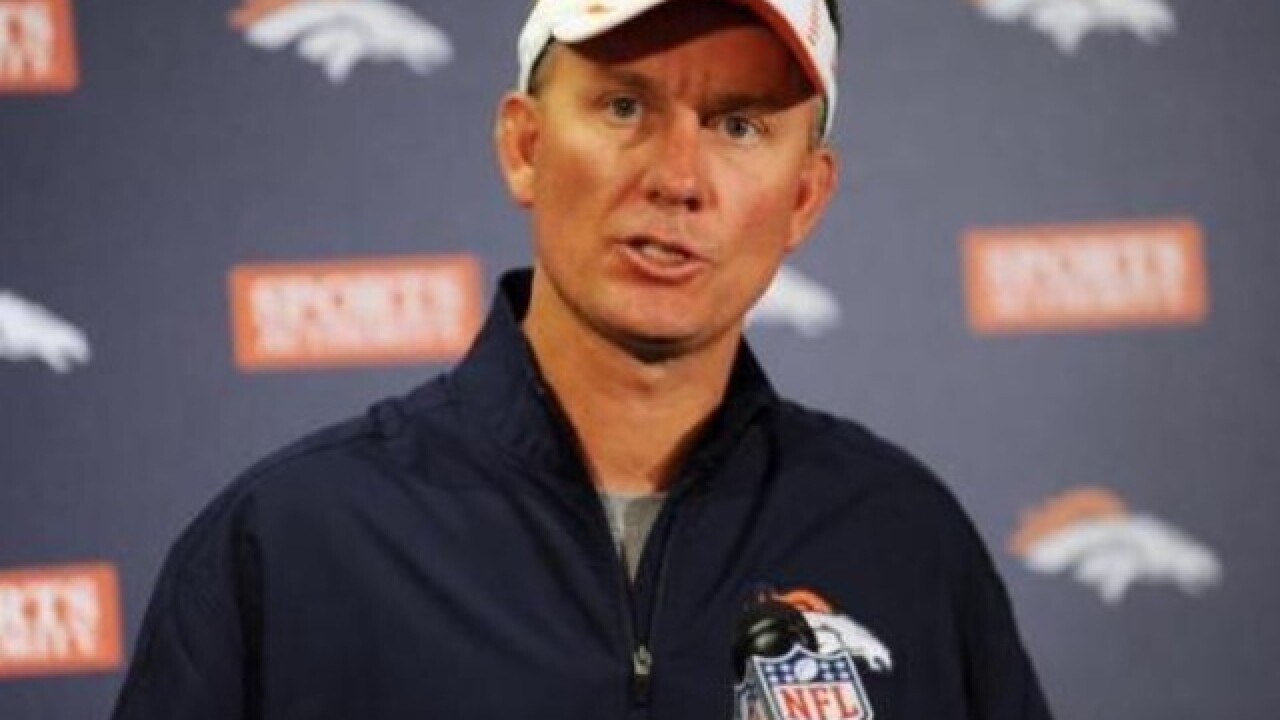 The Broncos have dropped six straight games for the first time since 1990, a streak defined by an underperforming offense. According to multiple sources, Joseph had mulled this move for several weeks as Denver failed to develop an offensive identity. Joseph wanted the team to focus on running the ball, yet McCoy often leaned on three-wide sets that were successful with Philip Rivers and Peyton Manning. Neither, however, quarterback the Broncos, who demonstrated unequivocally that they don't have the personnel to run the scheme consistently.

The Broncos fell to the Bengals at home 20-17 on Sunday, Cincinnati's first win in Denver since 1975. The defining moment came on a Brock Osweiler interception at the goal line. Dre Kirkpatrick returned it 100 yards, leading to a touchdown. Denver has ranked near the bottom in turnover margin for weeks, fueled by a parade of interceptions.

There is irony in this development. The Broncos brought back McCoy, in part, because of his adaptability. He had experienced success with a variety of quarterbacks, including Tim Tebow and Manning. However, he stuck with his mammoth playbook and pass-centric offense even as the Broncos dovetailed. A quarterback switch from Trevor Siemian to Osweiler offered no reprieve as Osweiler has lost all three of his starts.

Asked by multiple sources if this move will help pave the way for Paxton Lynch to start, the mantra was the same: it should help the entire offense. Lynch is in line to play this week at Oakland, though no decision has been made. Lynch told Denver7 after the game his availability depended on trainers clearing him and believing his right shoulder could absorb a hit.

However, he was healthy enough to serve as the backup on Sunday, signaling that he will play sooner rather than later. Musgrave, a former Broncos quarterback and one-time Grand Junction prep star, had a successful run as Oakland's offensive coordinator before landing in Denver. He drew solid reviews for his work with Derek Carr. Klint Kubiak will take over as the Broncos quarterbacks coach, filling Musgrave's previous position.