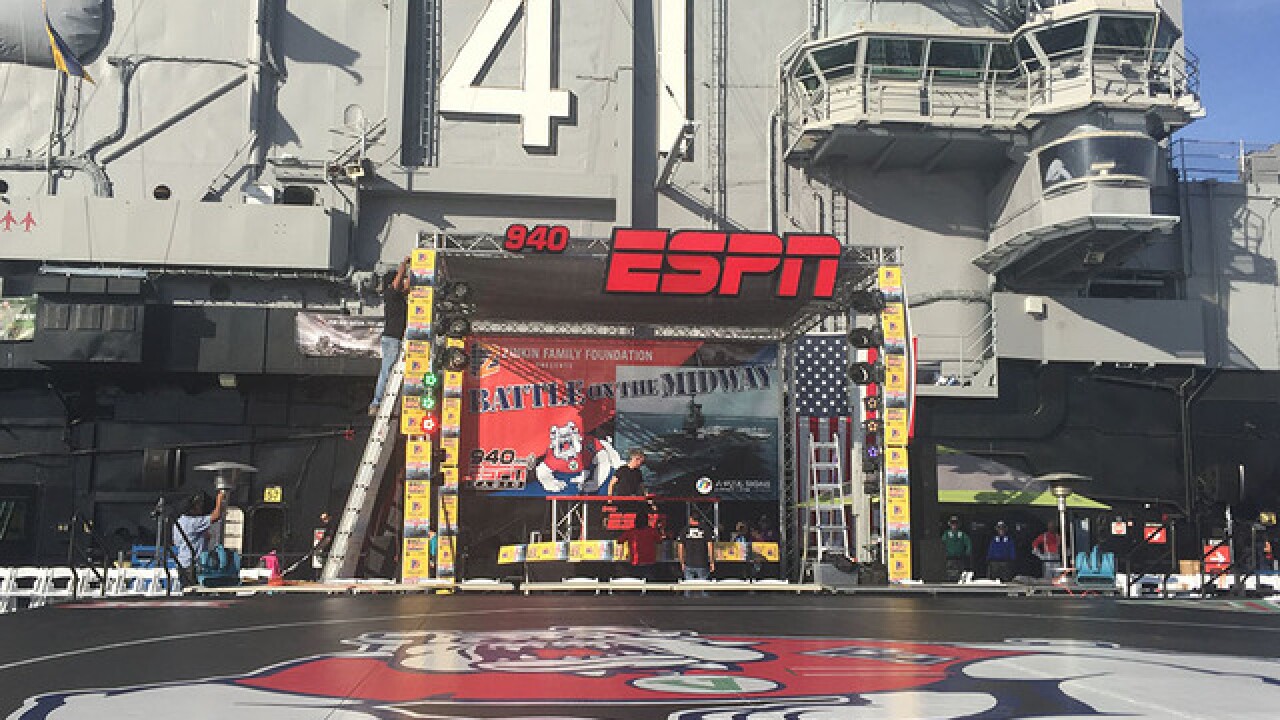 "This is big for the entire sport of wrestling to be able to take part in such a unique event like this on one of the most famous aircraft carriers ever commissioned," Fresno State coach Troy Steiner said. "It was a great honor to take part in the first-ever Battle on the Midway."

Gates to the USS Midway will open at 6 p.m. Preliminary matches involving members of the Team USA wrestling program will begin at 6:30. The Fresno State-Stanford match is set to begin at 7:15 p.m.

Tickets start at $20 and are available at Eventbrite.com and www.leftcoastwrestling.com. Tickets can also be purchased from noon-5 p.m. in the lobby of the Embassy Suites by Hilton San Diego Bay Downtown. There will be no walk-up sales at the USS Midway.

The USS Midway was commissioned Sept. 10, 1945, eight days after Japan surrendered to end World War II. It saw action during the Vietnam War and served as the Persian Gulf flagship in Operation Desert Storm. It was decommissioned in 1992.