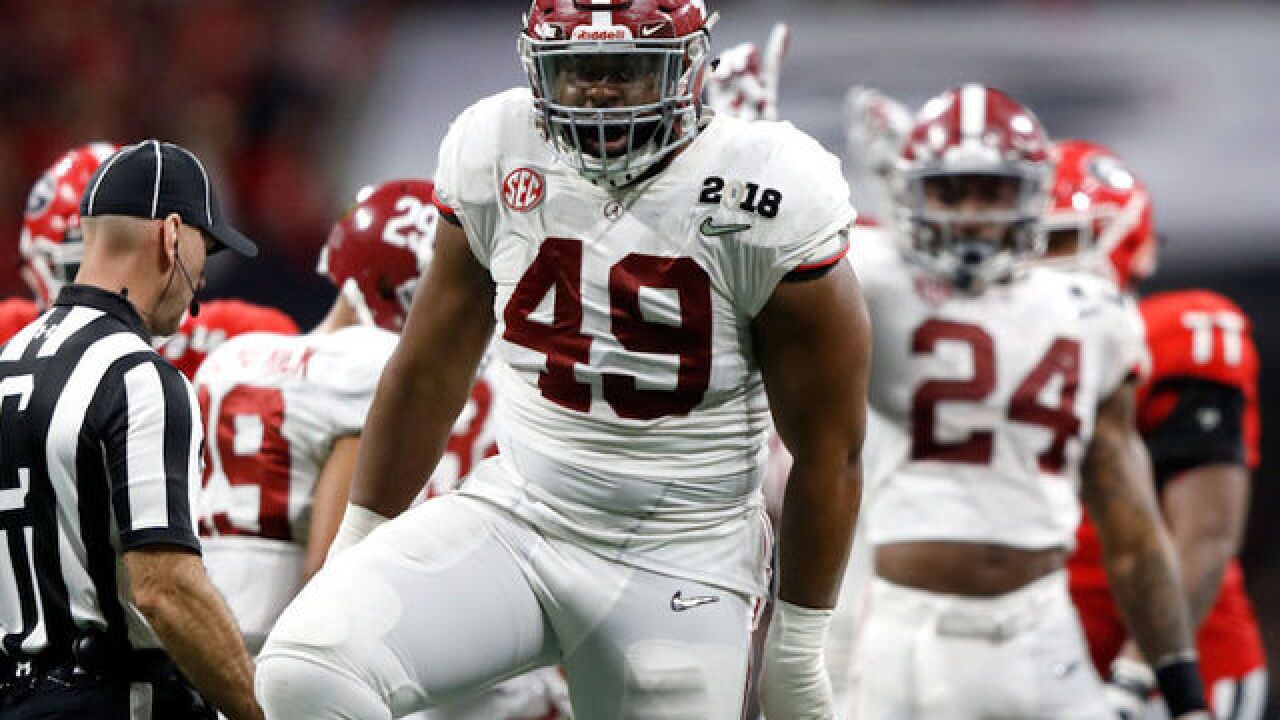 Copyright 2018 Scripps Media, Inc. All rights reserved. This material may not be published, broadcast, rewritten, or redistributed.
Jamie Squire
ATLANTA, GA - JANUARY 08: Isaiah Buggs #49 of the Alabama Crimson Tide reacts to a play during the second half against the Georgia Bulldogs in the CFP National Championship presented by AT&T at Mercedes-Benz Stadium on January 8, 2018 in Atlanta, Georgia. (Photo by Jamie Squire/Getty Images) 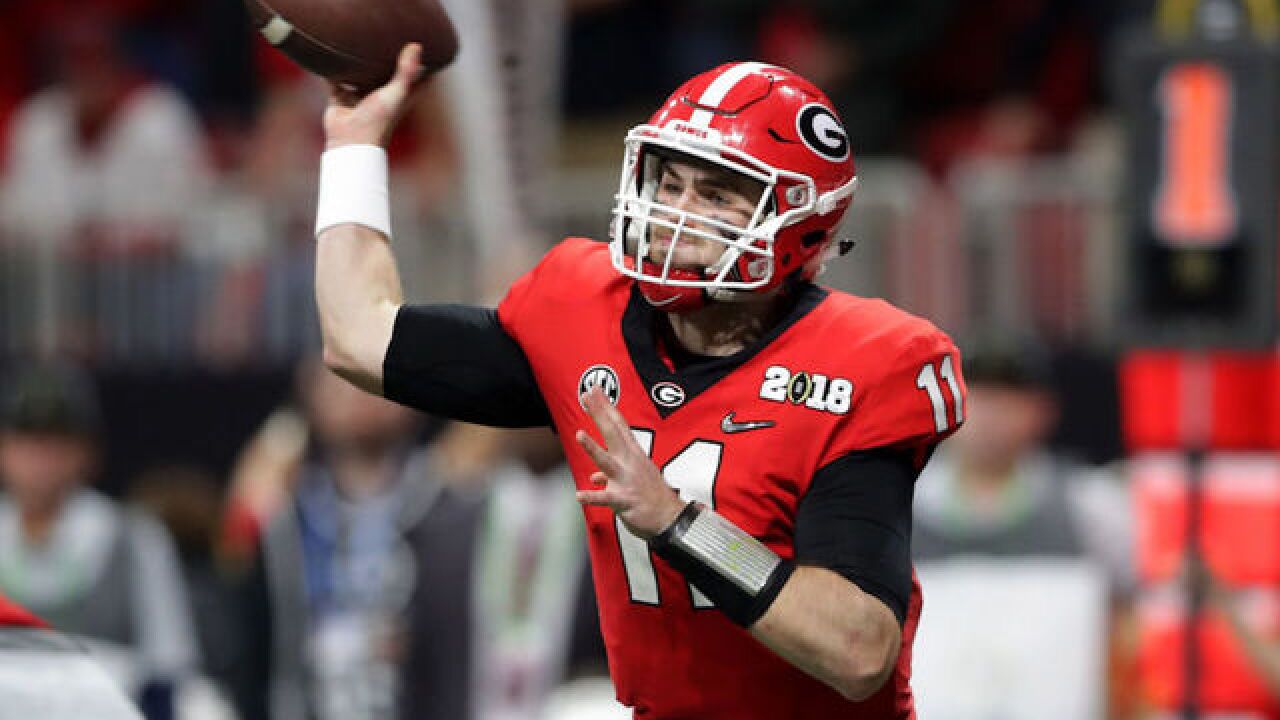 Freshman quarterback Tua Tagovailoa found fellow freshman DeVonta Smith wide open in the end zone after Tagovailoa took a devastating 16-yard sack to start overtime. The ending was a shocking conclusion to one of the best national title games in recent memory.

The touchdown came just moments after Georgia took a 23-20 lead to start overtime with a 51-yard field goal.

The Crimson Tide had a chance to win the game in regulation, but senior Andy Pappanastos sailed a 36-year field goal wide left of the uprights.

Alabama rallied from a halftime deficit of 13-0, and a second-half shortfall of 20-7. Tagovailoa led the comeback for the Crimson Tide in the second half with a pair of touchdown passes, including a game-tying 7-yard strike to Calvin Ridley with 3:49 left in regulation.

"It was a team effort, couldn't have happened without the defense getting the ball back," Tagovailoa said.

Alabama snuck into the College Football Playoff despite not making the SEC title game. Alabama earned the fourth and final spot over Ohio State, who despite winning the Big Ten, had an embarrassing loss at Iowa .

Alabama made the most of the opportunity. In earning a spot to the National Championship, Alabama defeated Clemson 24-6 in last week's Sugar Bowl.

Alabama is the second No. 4 seed in four years to win the College Football Playoff. In 2014, Ohio State defeated Alabama and Oregon en route to the title.