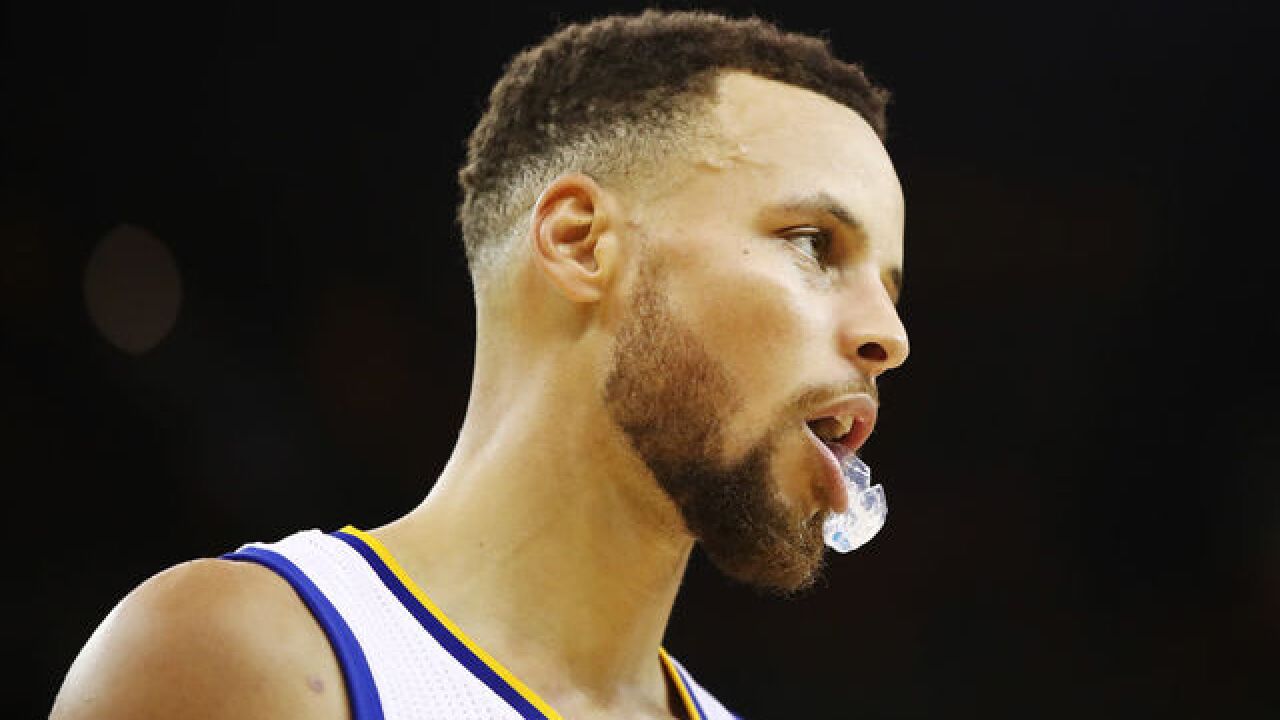 Copyright 2018 Scripps Media, Inc. All rights reserved. This material may not be published, broadcast, rewritten, or redistributed.
Ezra Shaw
OAKLAND, CA - JUNE 01: Stephen Curry looks on against the Cleveland Cavaliers in Game 1 of the 2017 NBA Finals at ORACLE Arena on June 1, 2017 in Oakland, California. NOTE TO USER: User expressly acknowledges and agrees that, by downloading and or using this photograph, User is consenting to the terms and conditions of the Getty Images License Agreement. (Photo by Ezra Shaw/Getty Images)

TORONTO (AP) - A letter from a 9-year-old girl has helped Stephen Curry fix online access to his shoes for kids.

Riley Morrison of Napa, California, wrote to Curry to tell him she couldn't buy his Curry 5 shoes because they weren't available on the Under Armour website. They were only marketed to boys.

The two-time MVP and five-time All-Star replied with an apology , saying in a hand-written response he's been working with Under Armour to remedy the situation. Curry promised to send Morrison two pairs of shoes, including the new Curry 6 model.

@EmmaWatson Hi Emma, I know you are a big advocate for women. I was hoping you could retweet my daughter’s letter to @StephenCurry30 . This is her small way of making a difference and speaking up for women. You are a role model for her. We both would be very thankful. pic.twitter.com/mYNRtPMXP0

Appreciate you helping us get better Riley! We got you. #MoreToCome pic.twitter.com/UBoTklvwhg

He also invited her to the Warriors home game on March 8, International Women's Day.

"That's the beauty of Steph," Warriors coach Steve Kerr said before Thursday's game at Toronto. "He understands his power. He understands the impact he can make on people's lives. And I'm just incredibly proud of him."

Curry missed his 11th straight game Thursday because of a strained left groin and didn't speak to reporters. He's expected to return Saturday at Detroit.