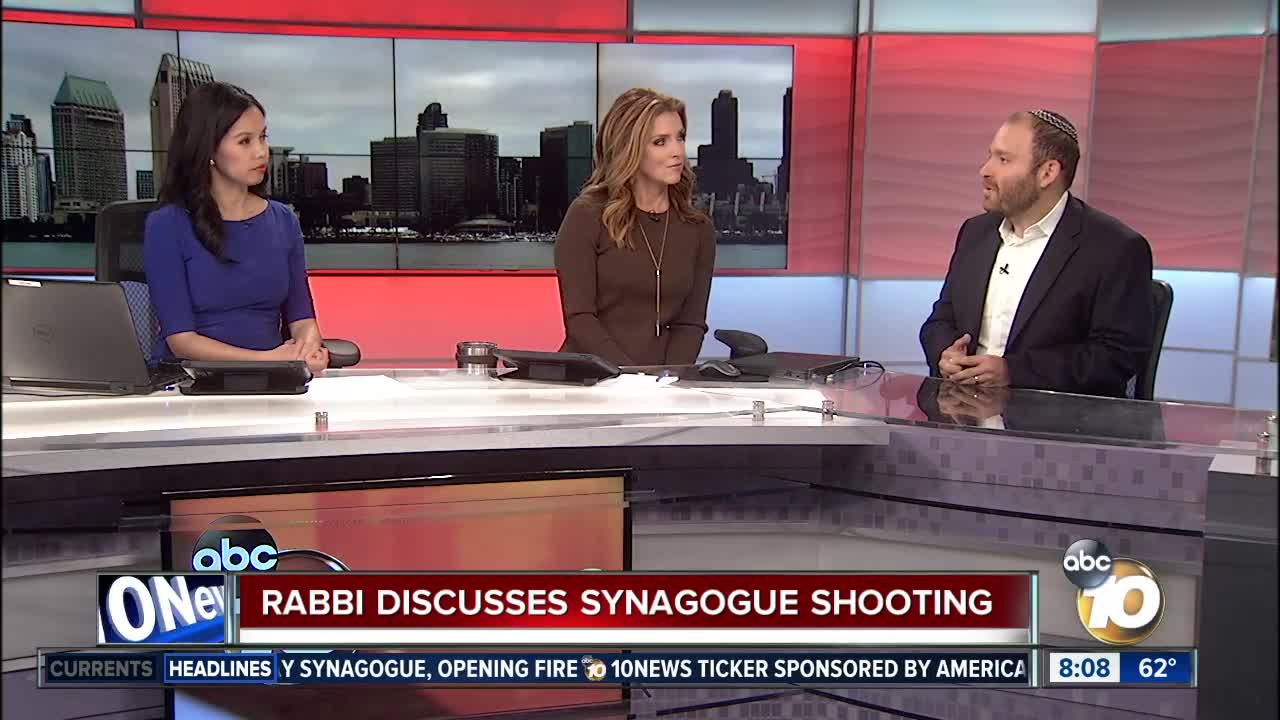 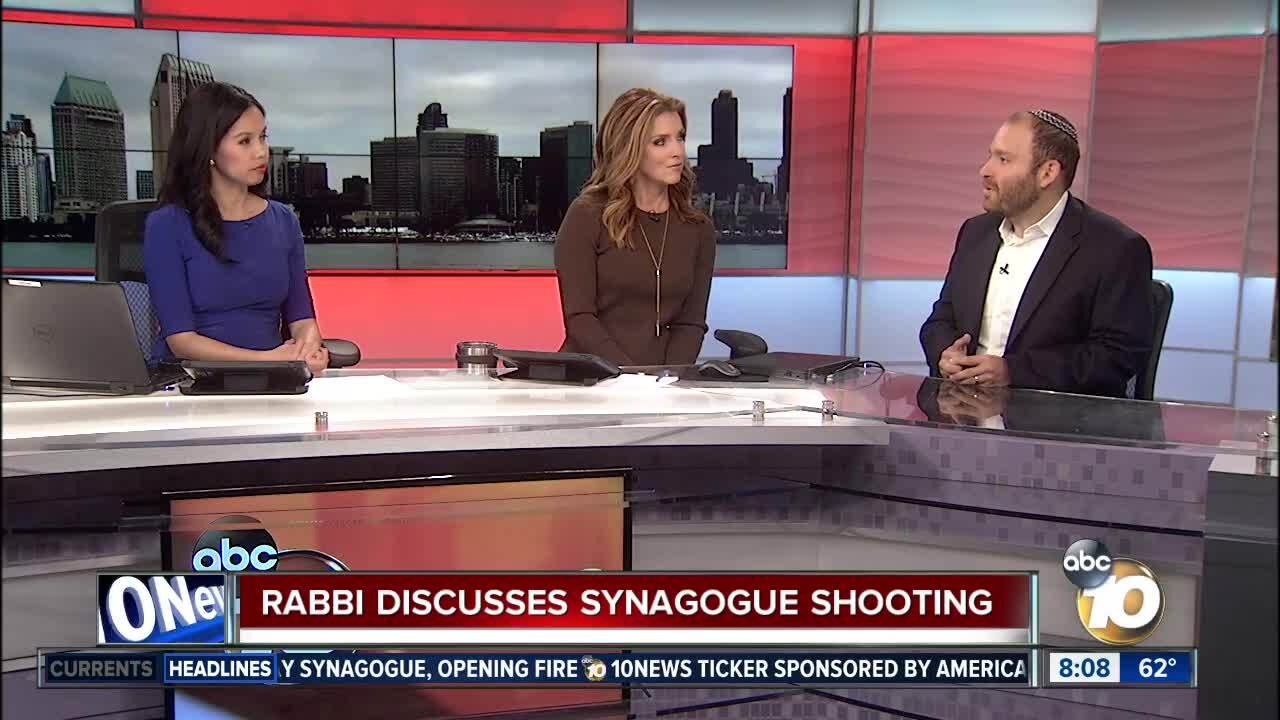 SAN DIEGO (KGTV) -- A San Diego rabbi spoke to 10News about how they are coping with this latest tragedy.

"Unfortunately, we have too much experience dealing and coping with tragedies of this nature," said Rabbi Josh Dorsch from the Tifereth Israel Synagogue in San Carlos. He did not know those injured in the shooting at Chabad of Poway, but said they were in the middle of their own services when the incident happened.

Rabbi Dorsch said they were told to secure the perimeter of the building. San Diego police went to the synagogue to ensure their safety.

"We have to give one another hugs and say we are not going to let this destroy us," Dorsch said. He admitted "these are incredibly scary times we live in."

He said their first concern is security. They took additional measures after the October shooting at Tree of Life in Pittsburgh, where 11 people were gunned down in the synagogue. Dorsch said they now have armed security guards.

"It's hard... We try and pride ourselves as being as open and as welcoming as we can be to all," Dorsch said. "Nothing says come and join us like being searched at the door when you have to walk in the building."

WATCH the above video for the full interview.