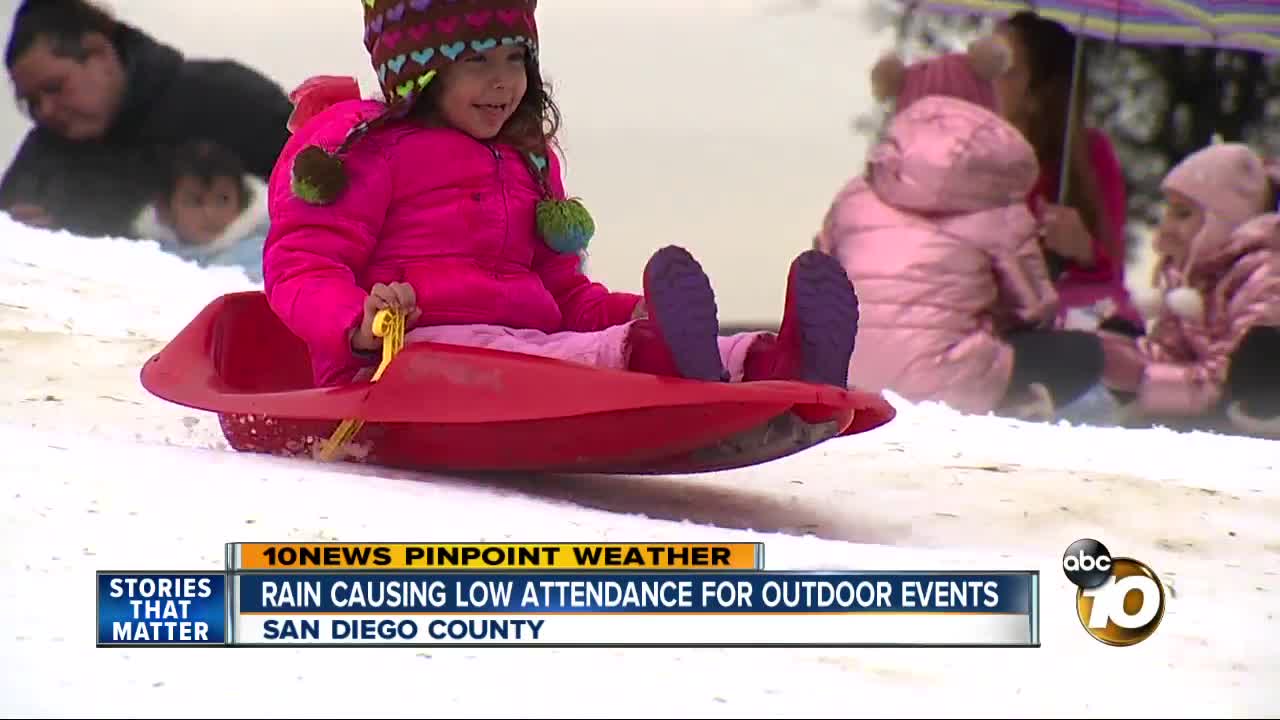 With precipitation numbers up, participation numbers were down for outdoor events around San Diego County. But many who chose to endure the rain said it was worth the extra splash. 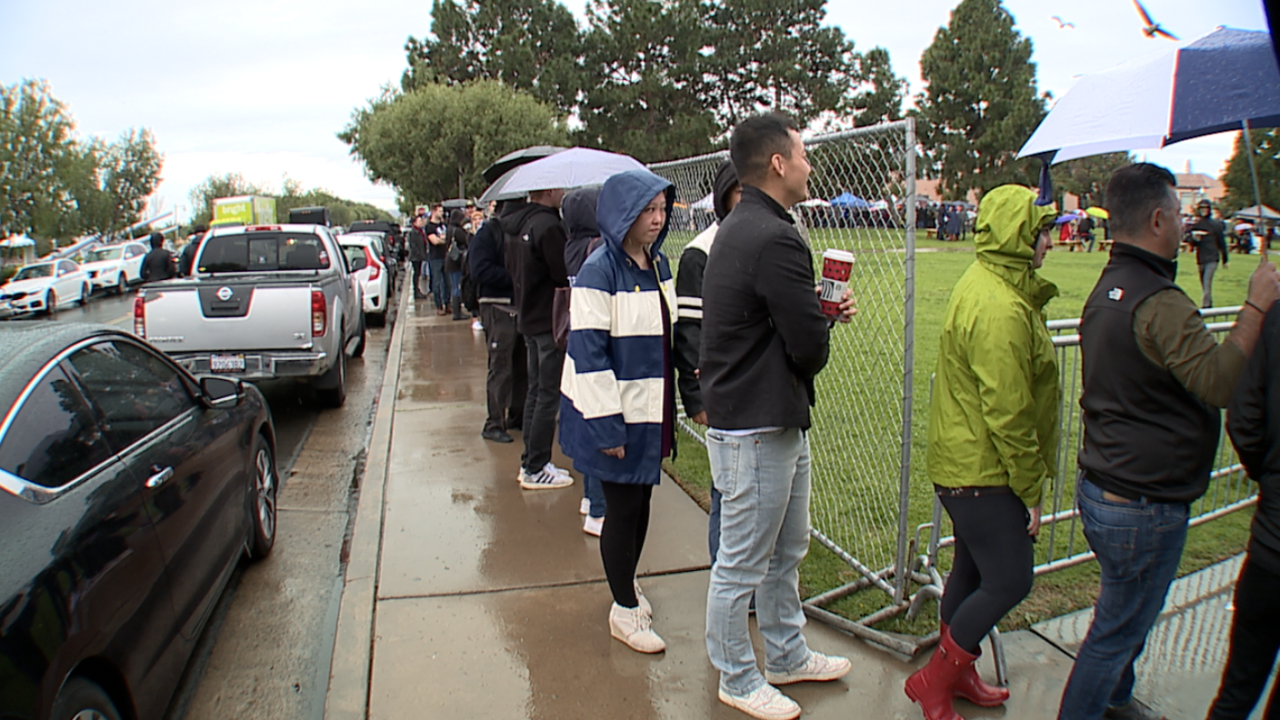 SAN DIEGO COUNTY, Calif. (KGTV)— With precipitation numbers up, participation numbers were down for outdoor events around San Diego County. But many who chose to endure the rain said it was worth the extra splash.

It’s a rare sight in the heart of San Diego: kids sledding on a giant snowy hill at Montgomery Waller Park. For the Murillo family, it’s an annual tradition.

“We go to see Santa Claus, we go to the little stores that they have there, and we come to sled down for a little bit,” mother Diane Murillo said. She and her children were bundled up while having fun at San Diego Snow Day.

But this year, Murillo noticed that the crowds were much smaller.

She said the steady rain discouraged many folks from showing up. The City of San Diego even had to cancel Santa Claus’ helicopter fly-over of the park, due to inclement weather. Murillo also noticed that the snowy hill was very sludgy, and only about half its normal length. But by the looks of the children, the event was still worth it.

Meanwhile, in the South Bay, there was a tent full of Christmas-themed games. From Candy Cane trees, ring tosses, to face paint, families enjoyed the free entertainment at the Chula Vista Children’s Faire.

“It helps, because that way, we’re not getting wet while they are getting their stuff done and doing the activities. So it’s nice,” mother Felice Navarro said. Her neighbor invited her and her children to join them at the fair this year.

The kids also had an option to splash around if they wanted, as they ran through an obstacle course as Chula Vista junior firefighters.

Fun was not just reserved for children. Up at Liberty Station, hundreds of people waited in line to join the San Diego BBQ and Beer festival. 25-year-old Victoria Ransom was not going to let the rain dampen her birthday celebration.

“We wanted to be able to double fist if that was a possibility. Hands-free rain protection,” Ransom joked. She said she bought eight rainbow-colored umbrella hats online, the moment she found out about the weather.

“You drink, you eat, it’s great,” Ransom said. “I got a nice pour because it’s my birthday, and we’re having a great time.”