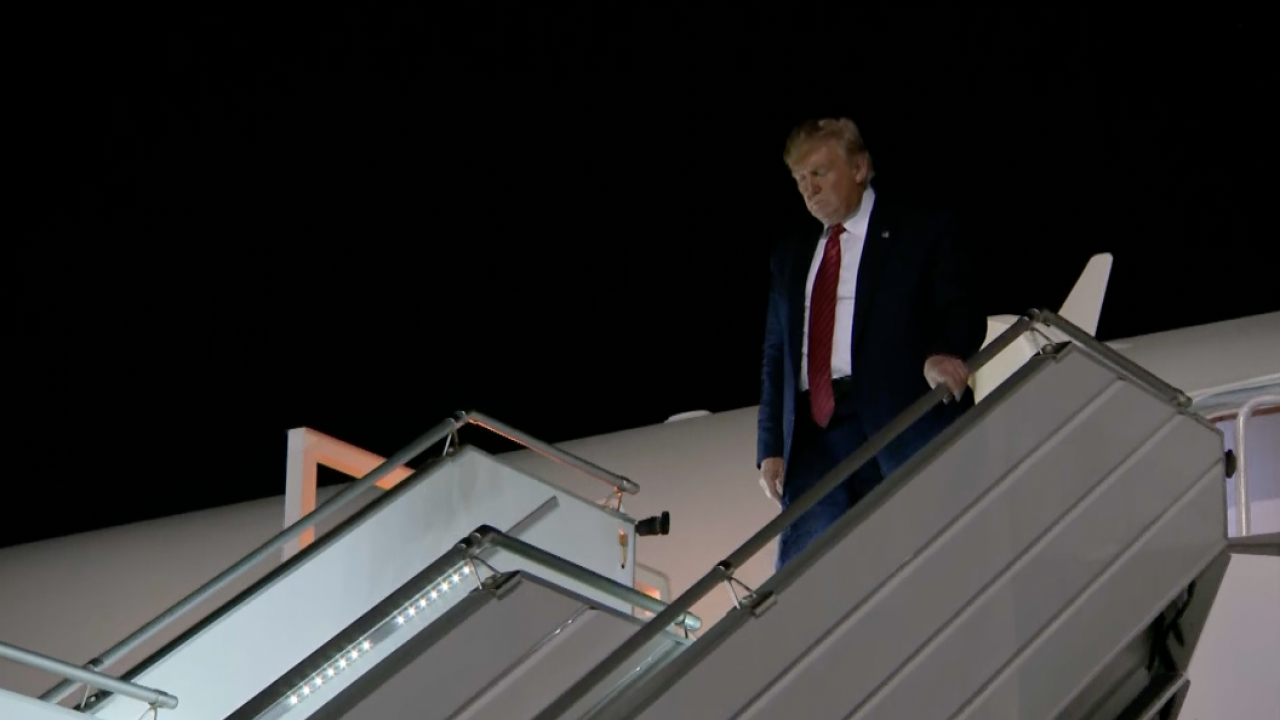 President Donald Trump arrived in New York City Sunday, ahead of the United Nations General Assembly. The president will meet with world leaders throughout the week as he faces tough scrutiny for a phone call with Ukraine’s president, Volodymyr Zelensky.

Mr. Trump admitted that he discussed former Vice President Joe Biden and his son during the July call.
The Ukraine scandal raging around Donald Trump is forcing Democrats to confront a fateful choice on impeachment that will not just shape the 2020 election but will echo down the ages.
The facts of whether the President pressured Ukraine to investigate his potential Democratic general election opponent Joe Biden while a US military aid package was on the table are still obscured.
Trump supporters say there is so far no evidence that he offered a quid pro quo to the Ukrainians and note that an intelligence community whistleblower who raised the alarm was operating with a second-hand knowledge of Trump's conversations.
But if Trump used his power to try to coerce a foreign leader into influencing US elections, it could precipitate the worst political crisis of a presidency that has been mired in notoriety from its first hours.
It would amount to a situation in which Trump's team, which according to the Mueller Report expected to benefit from Russian election meddling in 2016, is now using the power of the presidency to incite collusion ahead of the 2020 election.
That possibility seemed to unlock a shift Sunday in the Democratic position on impeachment. House Intelligence Committee chairman Adam Schiff said on CNN that Trump may have "crossed the Rubicon." And House Speaker Nancy Pelosi -- who has been loath to contemplate an impeachment drama -- warned that events might necessitate a "new stage of investigation."
There is no evidence of wrongdoing by Biden or his son Hunter. The then-Ukrainian prosecutor general Yury Lutsenko said in May that Burisma Holdings, a major energy company, did not violate Ukrainian law by having Hunter Biden on its board and paying him.
Trump's claims that Biden pushed for the firing of a Ukrainian prosecutor because he investigated a business for which his son served as a board member have previously been found to be false. The prosecutor was seen as corrupt by multiple governments and international institutions, not just the former vice president.