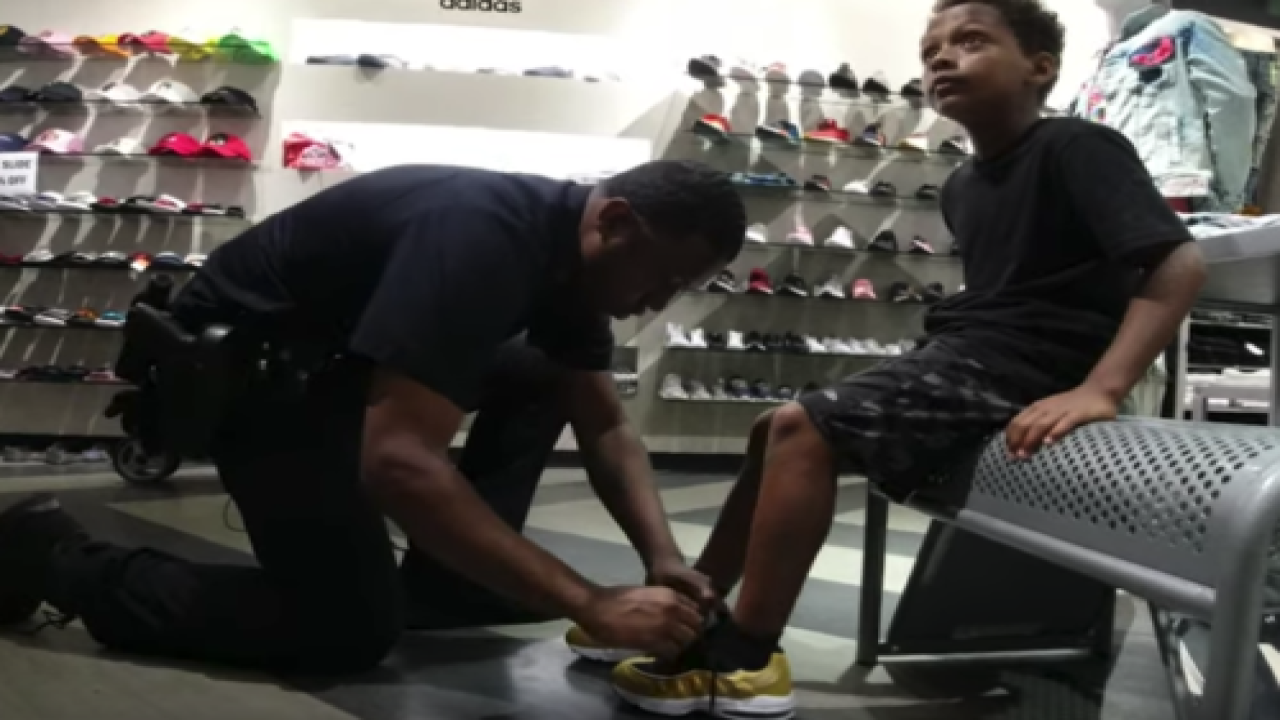 A young police officer in New York is building trust in his community with a unique challenge: Score a basket on him in basketball, and he’ll buy you a new pair of shoes. And when one local kid finally made a winning shot, the officer made good on his promise right away!

Brandon Hanks, an officer with the Syracuse Police Department, threw down the gauntlet on Facebook in late July: Score and you get the sneaks, lose and you’re doing pushups.

Hanks is a former high school basketball player who also played in college, so this was not a joke — he’s playing for keeps.

Hanks went undefeated for weeks, occasionally sharing his location — along with some minor trash talk — on his Facebook page:

On Aug. 19, Hanks finally met his match. According to the Syracuse Post-Standard, Josiah Brandon, age 7, scored on Hanks on his first possession. He was able to steal the ball from Hanks and make his Hail Mary shot over Hanks’ head.

Boom: New shoes. Hanks drove Brandon to a shoe store right away and let him select a pair. Brandon went for a fresh set of Nike Air Maxes in black, white and gold, and the deal was done.

Word of Hanks’ good deed is spreading: Onondaga County District Attorney William J. Fitzpatrick called in Hanks to present him with a gift.

Fitzpatrick also offered to pay for the next pair of sneaks Hanks has to pony up, but Hanks said in a Facebook post that it’s not necessary — “that’s the only L I’m taking,” he wrote.

“I want to be the person anyone can come to,” Hanks told the Stand, a neighborhood newspaper for Syracuse’s south side. “I want people to say, ‘Let’s go ask Hanks. And the rest of the department? Those are Hanks’ boys. We can go to them, too.'”

What a sweet story. See the moment that Brandon scored his new shoes in the video below: