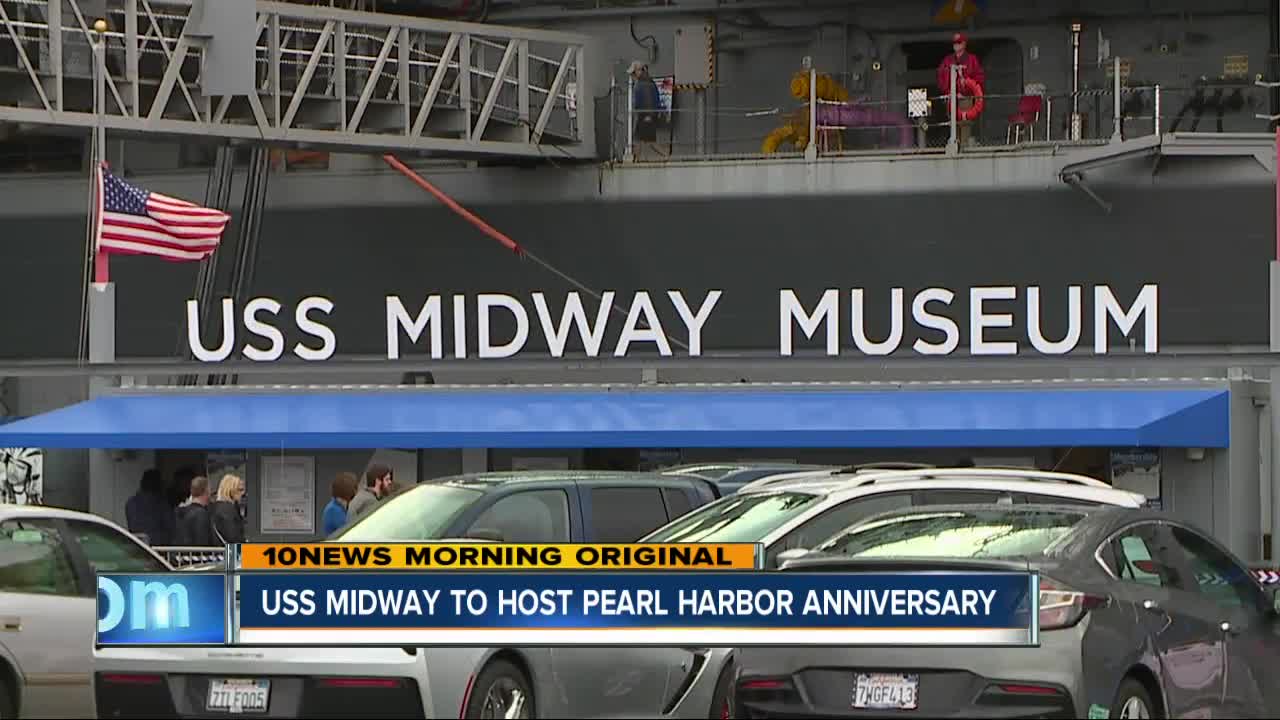 As their numbers dwindle, the USS Midway is making sure survivors of Pearl Harbor are honored for their service during WWII.

SAN DIEGO (KGTV) - A ceremony was held aboard the USS Midway Friday in remembrance of the 77th anniversary of the attack on Pearl Harbor and to recognize the few remaining survivors of the attack.

Organizers expected only 3 to 5 of the survivors to attend, down from nearly two dozen who came when the USS Midway Museum opened 14 years ago in San Diego.

"That time, that chapter is drawing to a close, unfortunately. That makes today more important," said Scott McGaugh, emceed the event.

The need to honor survivors of the Greatest Generation was underscored in the past couple week.

In November, Ray Chavez, the oldest remaining Pearl Harbor survivor, passed away at age 106. In the week leading up to the anniversary, the nation mourned the passing of former President George H.W. Bush, a World War II veteran.

"When these passings take place, frankly, it just reinforces our passion for that preservation and inspiration looking forward," said McGaugh.

Current Navy sailors stationed on the USS Pearl Harbor also attended the event. It featured a wreath ceremony and speeches from Navy administrators.

It also gave people a chance to thank the survivors in person.

"How often do you get the chance to shake the hand of the greatest generation?" asked McGaugh. "It really makes it a personal, inspirational event far beyond what the agenda will say."