Papyrus is closing all stores nationwide 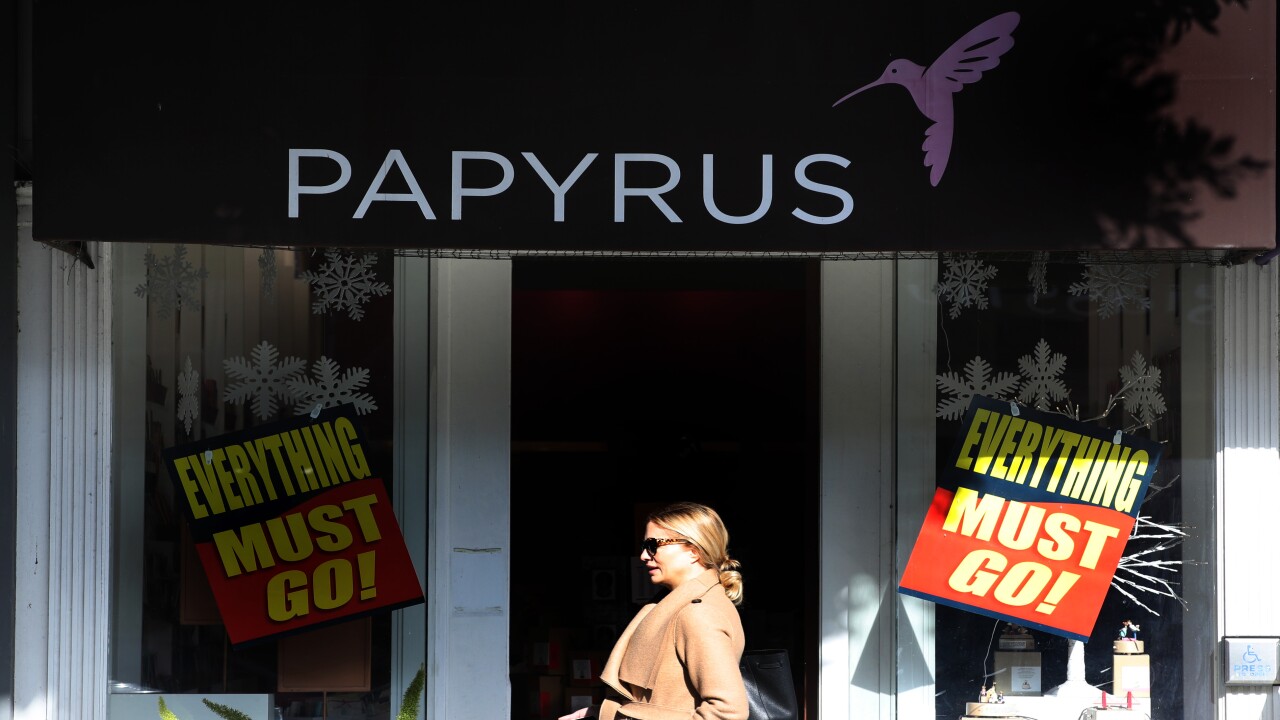 After filing for bankruptcy on Jan. 23, greeting card and stationery store Papyrus confirmed on Facebook that it will be closing all 254 stores across the U.S. and Canada.

Papyrus’ parent company, the Schurman Retail Group, which also owns Paper Destiny and American Greetings/Carlton Cards, stated in the bankruptcy filing that 1,100 employees will be affected by the closings, which will happen in the next four to six weeks.

The company cites a period of rapid expansion, including the re-purchase of franchises from 2007-2009 that resulted in “financial and operational distress.” More recently, an overall downturn in the brick-and-mortar retail industry has led to the bankruptcy filing, the company claims.

Currently, the company has assets of $39.4 million and liabilities of $54.9 million. The company claims to have spent the last two years taking steps to address its operational and liquidity issues, including negotiating with vendors and discussing rent relief with landlords.

According to the bankruptcy filing, the Schurman Retail Group was founded in 1950 as an importer and wholesaler of greetings cards and stationery in the U.S. The first Papyrus store opened in 1973 in Berkeley, California.

Along with greeting cards and stationery, Papyrus’ website and stores, which are located in 27 states, also sold everything from candles to books, drinkware, home decor and fashion accessories, including gifts for adults, children and infants.

While sad news for employees and loyal shoppers, the closure does mean that the store’s inventory must be cleared out, so everything is currently on sale. The entire Papyrus website is currently 20-40% off, with free shipping on orders of $100 or more.

Chances are the discounts will get even better as they get closer to closing their doors. Keep in mind that all sales are final, so make sure you won’t need to return anything you buy.