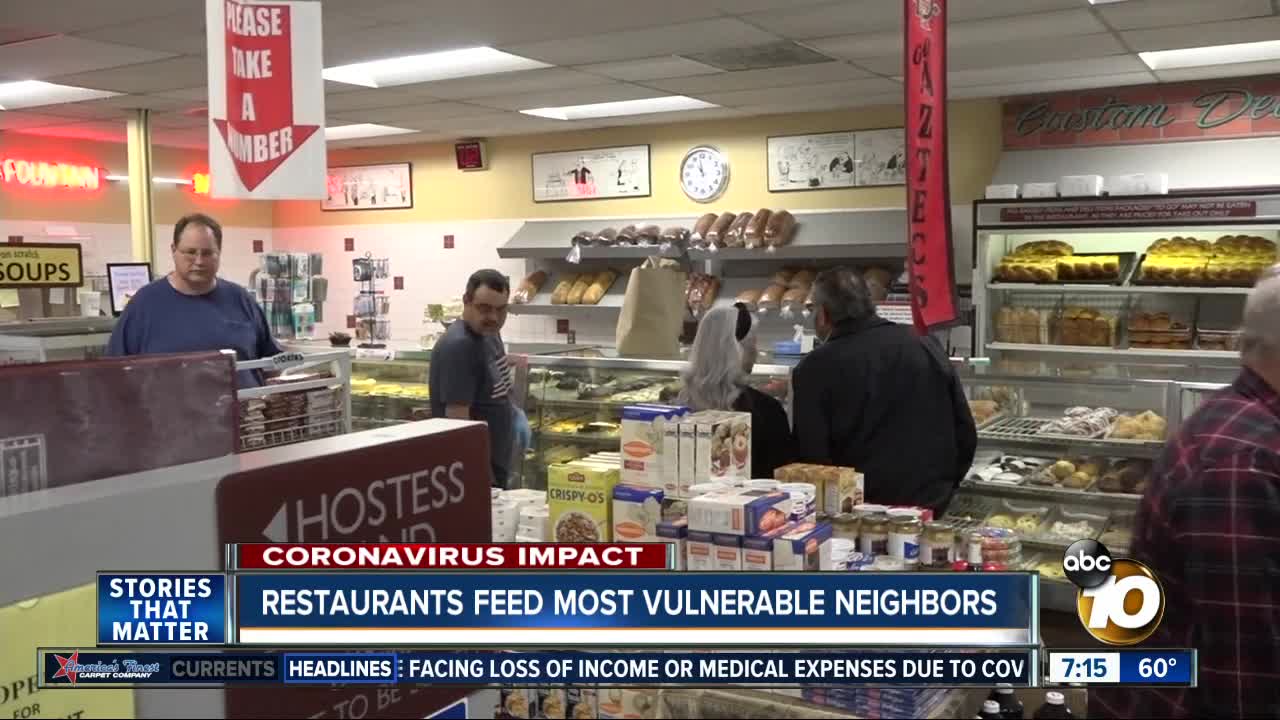 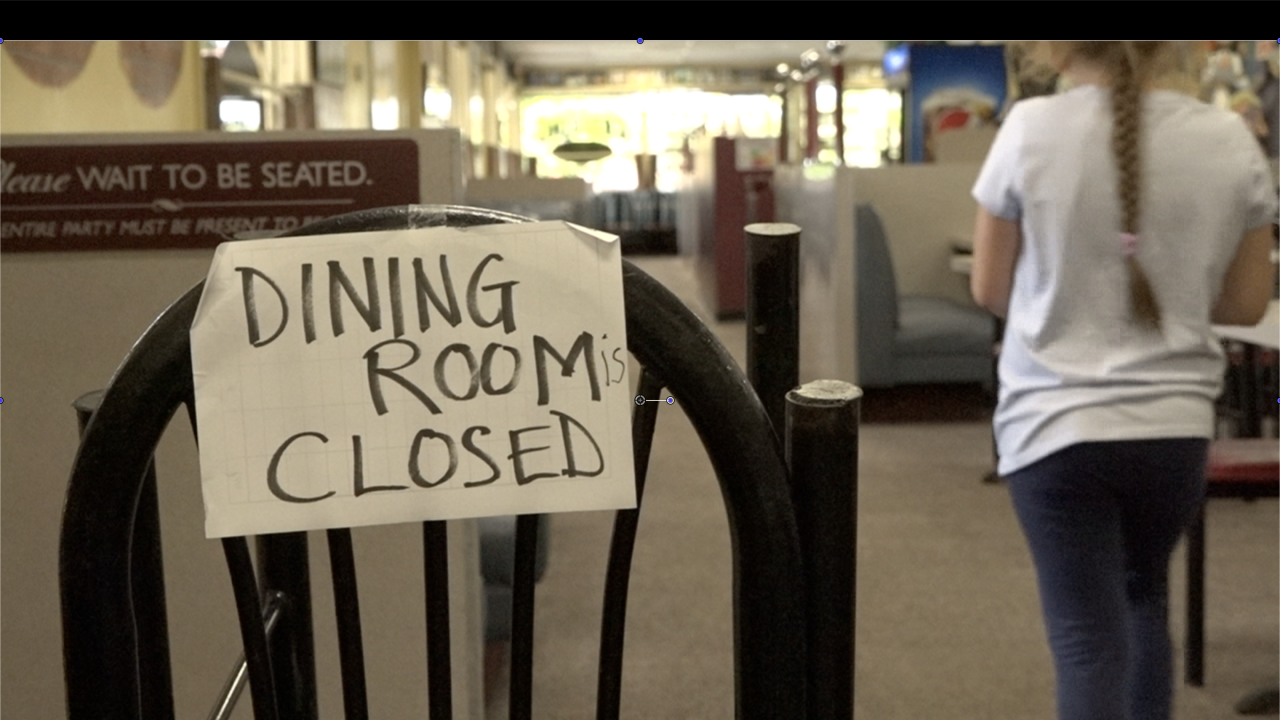 SAN DIEGO (KGTV) — San Diego restaurants are taking extra precautions, and going out of their way to care for the most vulnerable neighbors during the stay at home order.

"Today we're actually going to send 10 more right now," Lopez said. They've served about 90 customers in three days. When it comes to the bill, he's paying about 70 percent and donations are covering the rest.

LISTINGS: Who is open for business in San Diego during stay-at-home order

"We have the food, we have the resources, we have a little money left over so we're willing to take the hit," Lopez said. The hit right now is 30 percent, but Lopez said the 37 year old business is focused on community.

Across town, D.Z. Akin's is also worried about their customers, "we try between every customer to sanitize ourselves, sanitize the pens, sanitize the counters." Son of the founders, Elan Akin, said he often sees an older crowd.

Customers, like Philip McCabe, say they normally see more people. The lunch rush Wednesday mean about 7 people standing in the deli with lots of space in between. The dining room was closed with a sign on the chair.

McCabe said he's been coming to the authentic Jewish deli for 25 years and always stops by when he's in the neighborhood.

The delicatessen celebrates 40 years in business this year. It was founded by a couple who fell in love at an LA butcher shop.

They've expanded their College Area business five times and enjoyed some famous diners, from Tony Gwynn, to Alex Trebek. Each celebrity has a picture on the wall.

Akin is focused each day on keeping the doors open and the orders ready.

Lopez feels like he's in a catch-22, if he keeps the doors open, he's exposing his employees to people potentially carrying the virus, but if he closes, he's letting the community down.

Lopez said he's commissioned a plastic barrier to be installed Sunday to run from the ceiling to a few inches above the counter-top, to protect his employees and customers.

Lopez is also collecting donations to sponsor 60 ICU nurses in San Diego hospitals, providing them with food every day. If you would like to help, contact him through the restaurant's Facebook Page.

Both Lopez and Akin are running businesses their parents created out of love, hoping they can continue bringing joy and tasty food to their neighbors.

"What's been nicest to see is how everyone is being positive. They're looking at the opportunity to spend time with their families, to get things done around the house," Akin said smiling.

Both restaurants hope to weather the storm.