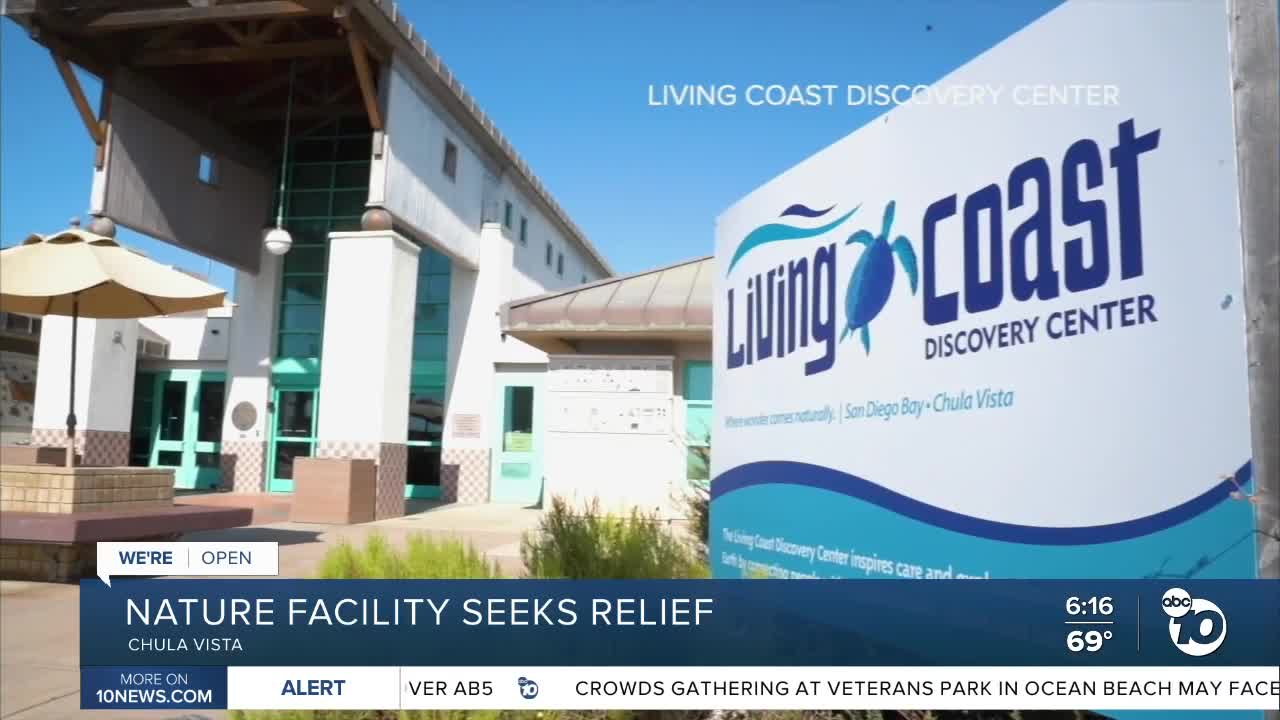 Since the pandemic forced them to close in March, their animals and their mission faced uncertainty. They couldn't open because half of their facility is indoors.

(KGTV) -- If you grew up in San Diego, you've probably heard of, visited or passed by the Living Coast Discovery Center off Interstate 5 in the South Bay.

"We focus on local wildlife so we have species have like Tido, the barn owl here, reptiles, sea turtles and aquatic species," said Rachel Harper, LCDC's marketing and communications manager.

For over three decades, the facility educated communities, students and families about wildlife and protecting the planet.

"The animals are the hook but we’re talking about sustainability and zero waste. Those things and how we can make not just our planet, but our backyard in San Diego more sustainable for everyone and that includes compost workshops and those sort of things," Harper said.

Since the pandemic forced them to close in March, their animals and their mission faced uncertainty. They couldn't open because half of their facility is indoors.

"This is certainly a worrisome time for a lot of organizations that rely on general admissions and school revenue," said Harper.

They've hosted animal encounters and workshops since March but it wasn't enough.

"We act as a home for them so it's important we remain open for their sake but also so we can continue to fulfill our mission of connecting San Diegans with our local wildlife," Harper said.

The center needed to raise $500,000 to fund projects like their breed and re-release program, and continue research on threatened species.

They asked the public they've served to help with donations or register for online programming.