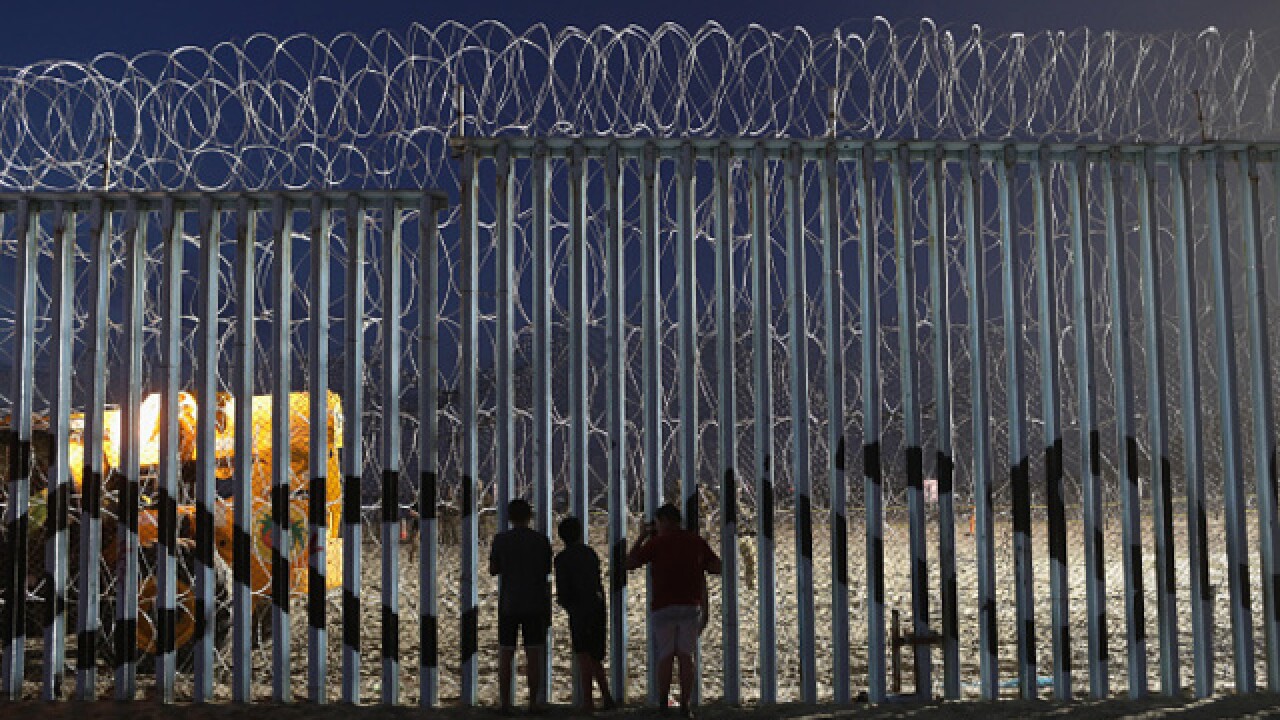 Copyright 2018 Scripps Media, Inc. All rights reserved. This material may not be published, broadcast, rewritten, or redistributed.
John Moore
<p>TIJUANA, MEXICO - NOVEMBER 16: People look through the border fence on November 16, 2018 in Tijuana, Mexico. U.S. border agencies continued to fortify the fence with razor wire and additional personnel as members of the migrant caravan arrived to Tijuana across the border from San Diego. (Photo by John Moore/Getty Images)</p>

The woman, a Guatemalan citizen, had one child with her whose age was not disclosed, U.S. Border Patrol Agent Eduardo Olmos said.

Agents found her and the child around 8:25 p.m. Friday in an area east of the San Ysidro Port of Entry. She had injuries believed to be sustained from scaling the barbed wire border fence nearby.

The woman was treated for her injuries, which weren't believed to be life-threatening, and she and her child were being processed at a Border Patrol facility, Olmos said.

It was unclear if she planned to claim asylum; the woman told agents she was not part of the migrant caravan that began arriving in Tijuana nearly two weeks ago, according to Olmos.

About 5,000 Central American migrants were in Tijuana as of Friday, with many of them being housed in the Benito Juarez sports complex. Tijuana Mayor Juan Manuel Gastelum on Thursday called the caravan situation a humanitarian crisis and said the city was requesting help from the United Nation's Office for Coordination of Humanitarian Affairs.