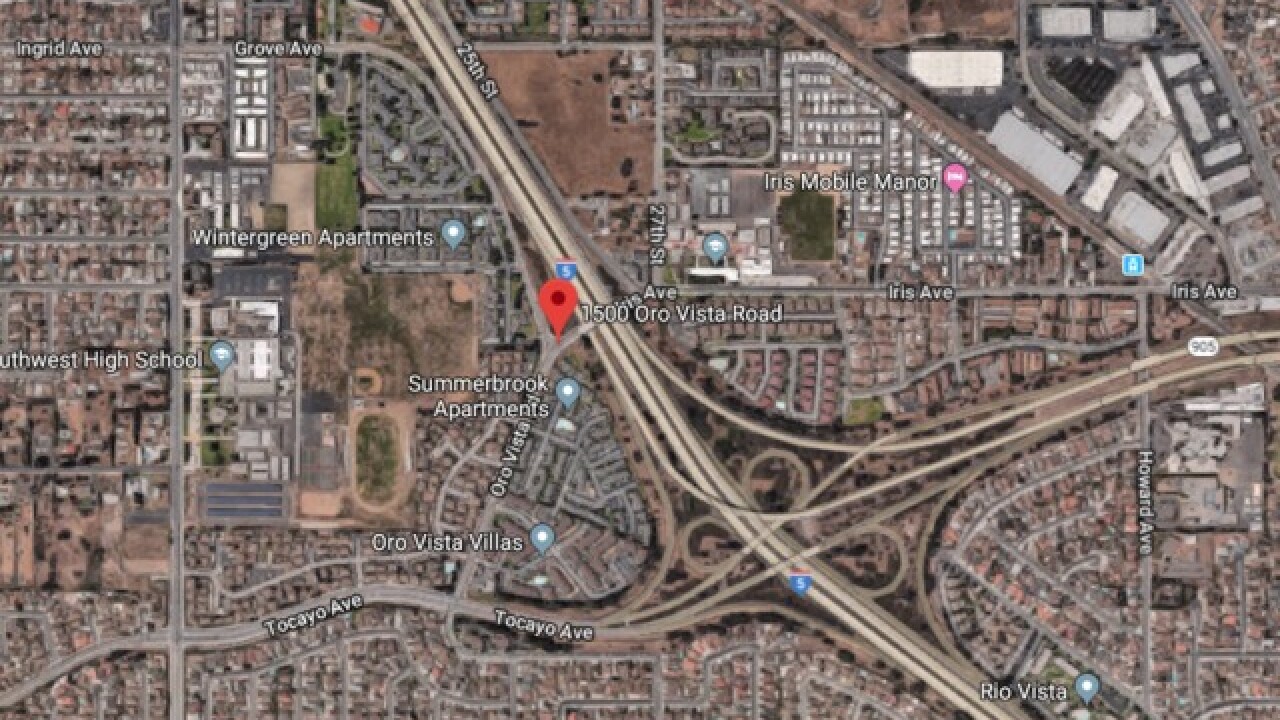 SAN DIEGO (CNS)  - A 39-year-old woman suffered some head injuries Saturday morning during a home invasion at a residence in the Nestor community of San Diego, where one of two suspects fired a shot into the structure, shattering the glass of a rear patio door.

The woman was with her 45-year-old husband at their home in the 1500 block of Oro Vista Road when someone knocked on their front door a little before 1:30 a.m. and asked for a woman, Bourasa said.

``The woman told the male no one by that name lived there," he said. ``The male left the front door and went to the rear of the residence, where he was joined by another male. The two males jumped the patio fence and began banging on the rear glass patio door."

One of the suspects fired a shot into the patio door, shattering the glass and one of the two suspects entered the home, he said.

He confronted the woman, demanded money and punched her several times when she said she did not have any money, he said.

``Meanwhile, the husband had exited the front door and went around to the rear of the residence, where he saw the other male standing on the grass," Bourasa said. ``That male pointed a handgun at the husband and then fled."

The man heard his wife screaming, ran back inside his home and saw her being assaulted by one of the two suspects. The man then began punching the suspect who had been assaulting his wife, causing the suspect to flee the residence, where he jumped over the patio fence and ran off, he said.

The 39-year-old woman was transported to an area hospital, he said.

One suspect was described as a 20 to 30 year old Latino man with a normal 5-foot, 7-inch tall normal build. He was last seen wearing a black hooded sweatshirt with black pants and glasses.

The second suspect was described as a 20 to 30 year old Latino man with a 6-foot, 2-inch tall normal. He was last seen wearing a dark-hooded sweatshirt.

Anyone with any information regarding the home invasion was asked to call Crime Stoppers at (888) 580-8477.