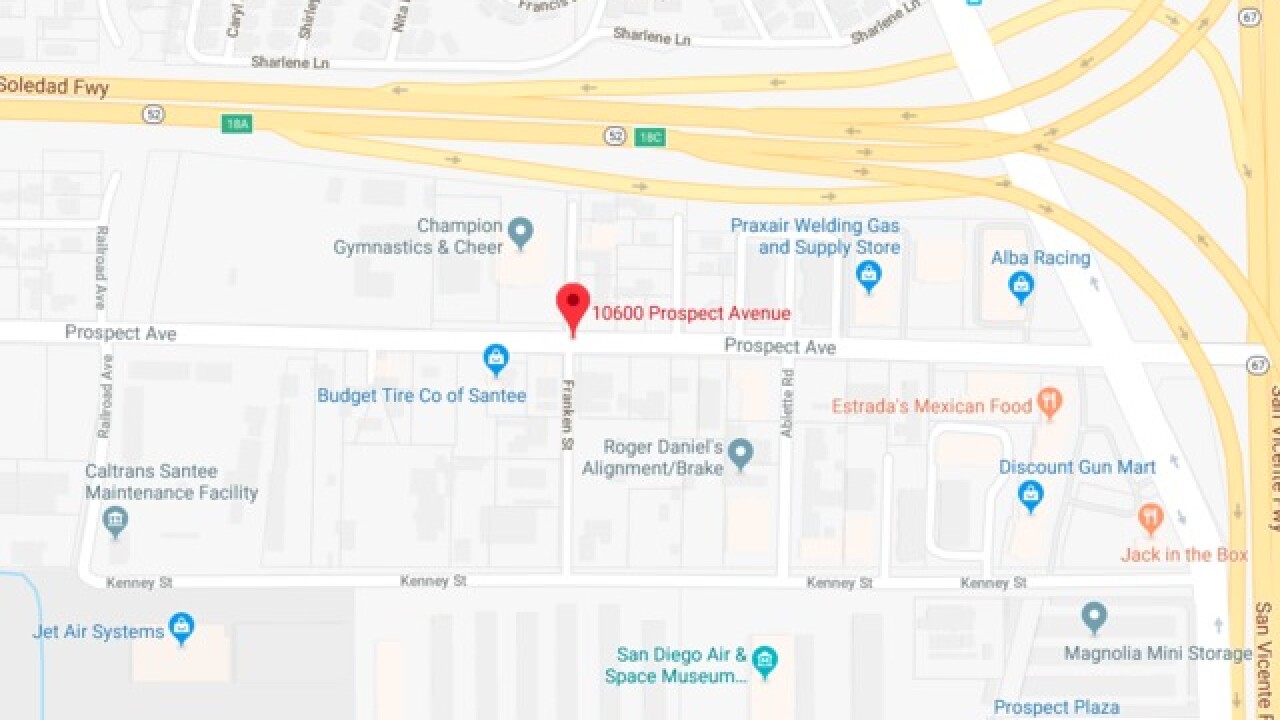 SANTEE, Calif. (KGTV) — A woman is dead after she was struck and killed in the East County early Saturday.

First responders found the woman at the interaction of Prospect Ave. and Tumbleweed Terrace just after 12 a.m. The woman was pronounced dead at the scene. Deputies said she was likely hit sometime around 11 p.m. Friday.

Deputies believe the suspected vehicle was heading westbound on Prospect Ave when it collided with the woman in the westbound lane of the 10600 block of Prospect Ave.

The suspect vehicle may be black in color and missing its driver's side-view mirror. The vehicle likely has front-end damage on the left side.