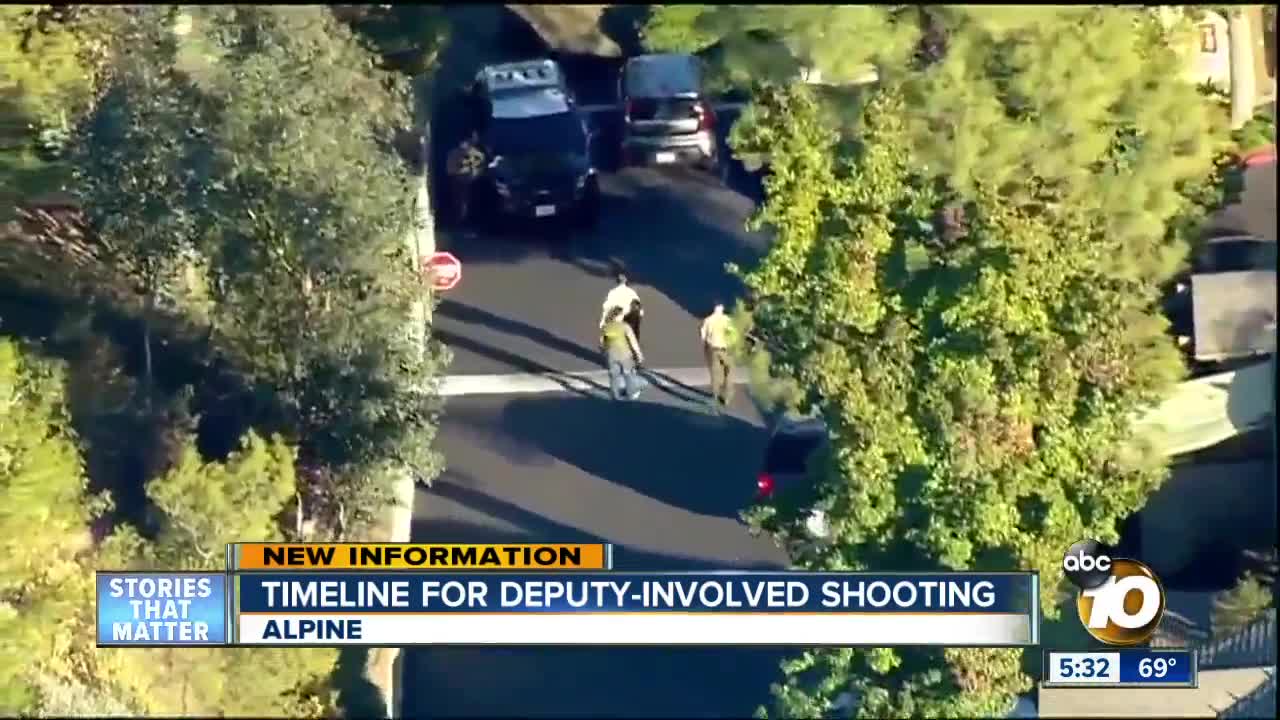 We're beginning to get more information on a deputy-involved shooting in Alpine. 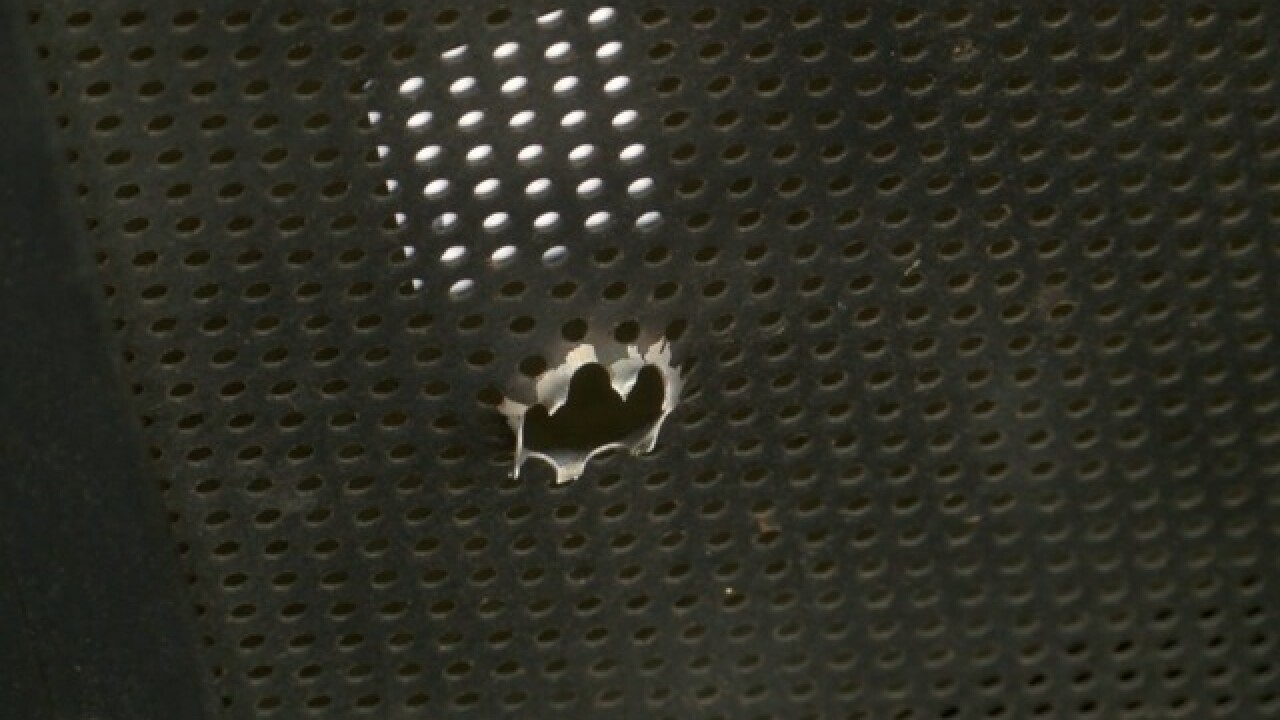 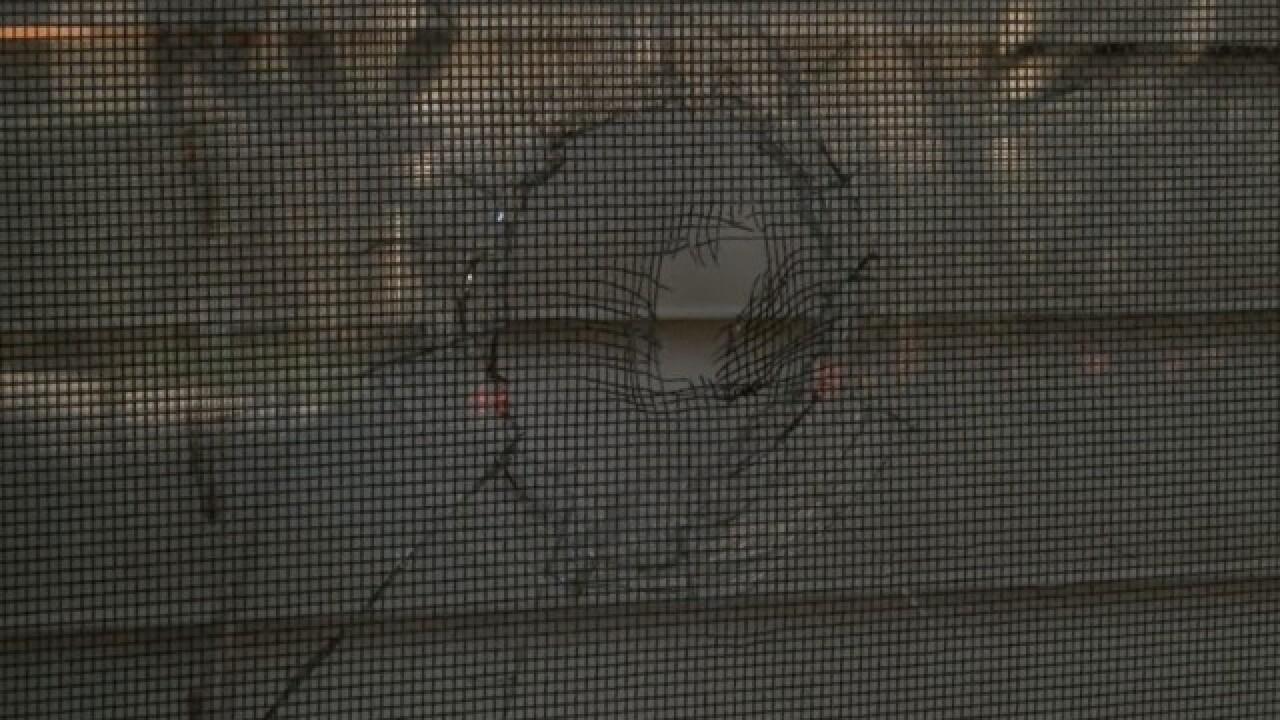 ALPINE, Calif. (KGTV) -- A neighbor is describing a man's erratic behavior before deputies shot and killed him at an apartment complex in Alpine.

"It was so scary. Words can't describe it," said Kathryn. Kathryn says the sequence of events began around 2:15 pm. Monday in the Elan Summit apartments with a neighbor acting strangely.

"He was pacing downstairs, pacing in front of apartments, throwing things, slapping things on his leg," said Kathryn.

Kathryn says the man's behavior got more threatening. "He said he wanted to kill everyone. He punched the screen doors. He was upset. It was crazy," said Kathryn.

Someone called deputies and at 3:01 p.m., Kathryn took a photo as several deputies arrived. Not long after, she heard them at the front door.

"I hear them say, 'Come out. We just want to talk,'" said Kathryn. Moments later at 3:04 p.m., she held her phone outside her door, thinking she'd be recording an arrest. Instead, she recorded a short video filled with gunfire.

"It sounds like about eight bullets were fired," said Kathryn.

The body of a man identified as Danny Ayala by family lay dead on the balcony, after Kathryn says deputies performed CPR for 20 minutes. Deputies say he came out of his apartment with a knife in hand and moved towards deputies, forcing them to open fire. On the metal security door, there is a knife mark through the metal, along with indentations that were made from the inside.

"It just doesn't make sense, even if he was upset. We all get upset. That's not a reason to shoot somebody that many times," said Vanessa Moore, Ayala's cousin.

One of the bullets went through a neighbor's window, landing feet from the her boyfriend.

Ayala's 4-year-old son, who was inside the apartment, was not hurt.

Deputies say toxicology results are due back in a few weeks to determine if Ayala was under the influence. The sheriff's department and District Attorney's office will review the shooting, which is standard procedure.