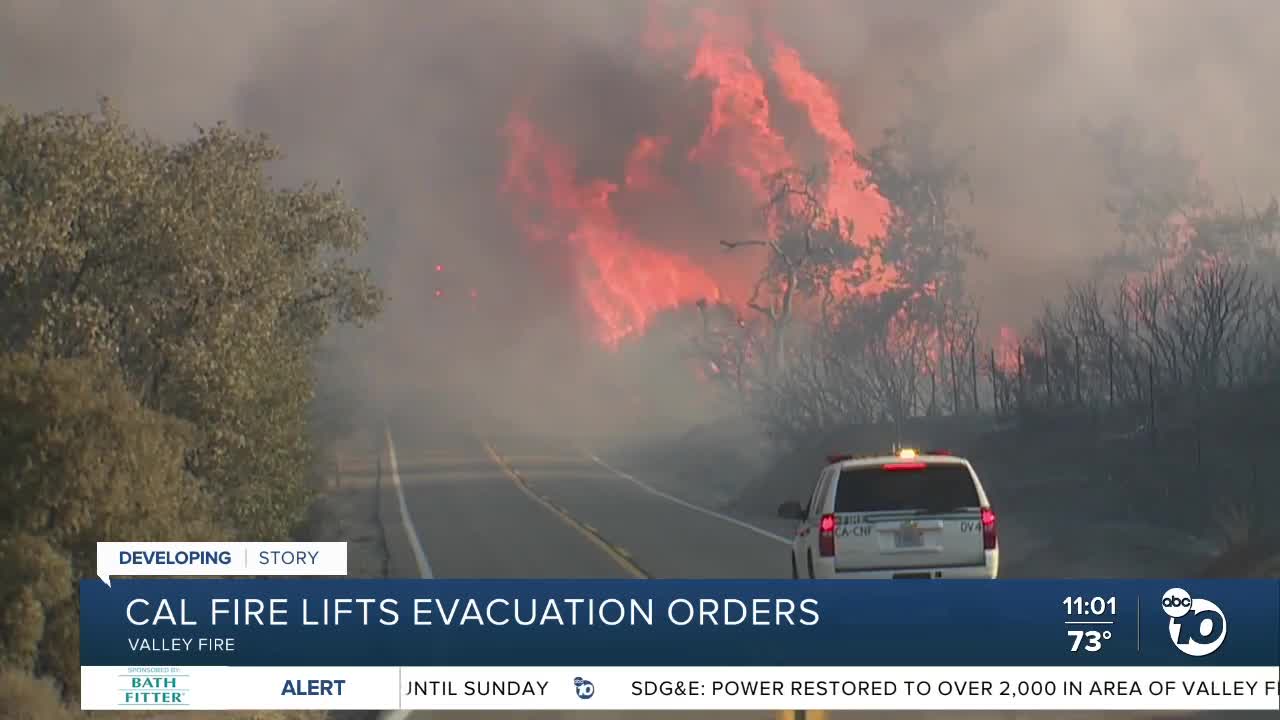 "We're trying to head out early," said Deehorn Valley resident Dale Elliott. "That way we can get everything straightened up, cleaned up try to put things back."

Elliott's family is one of 140 families the Red Cross helped over the last week. Evacuees were offered food, first aid, hotel rooms and more.

This was Elliott's first time having to evacuate, and he told ABC 10News, "With the dogs and my mother-in-law visiting and all of our stuff, we thought we should evacuate just to be on the safe side.”

Elliott checked on his home Tuesday to make sure it hadn't been damaged in the fire. He said he'll have to clean out the refrigerator, but that's the only issue.

Many others weren't as lucky.

Cal Fire said 30 homes and 29 other buildings were destroyed in the fire. As the Valley Fire continues to burn, some areas are still under evacuation orders or warnings.

The Red Cross says they will keep the shelters open as long as they're needed.