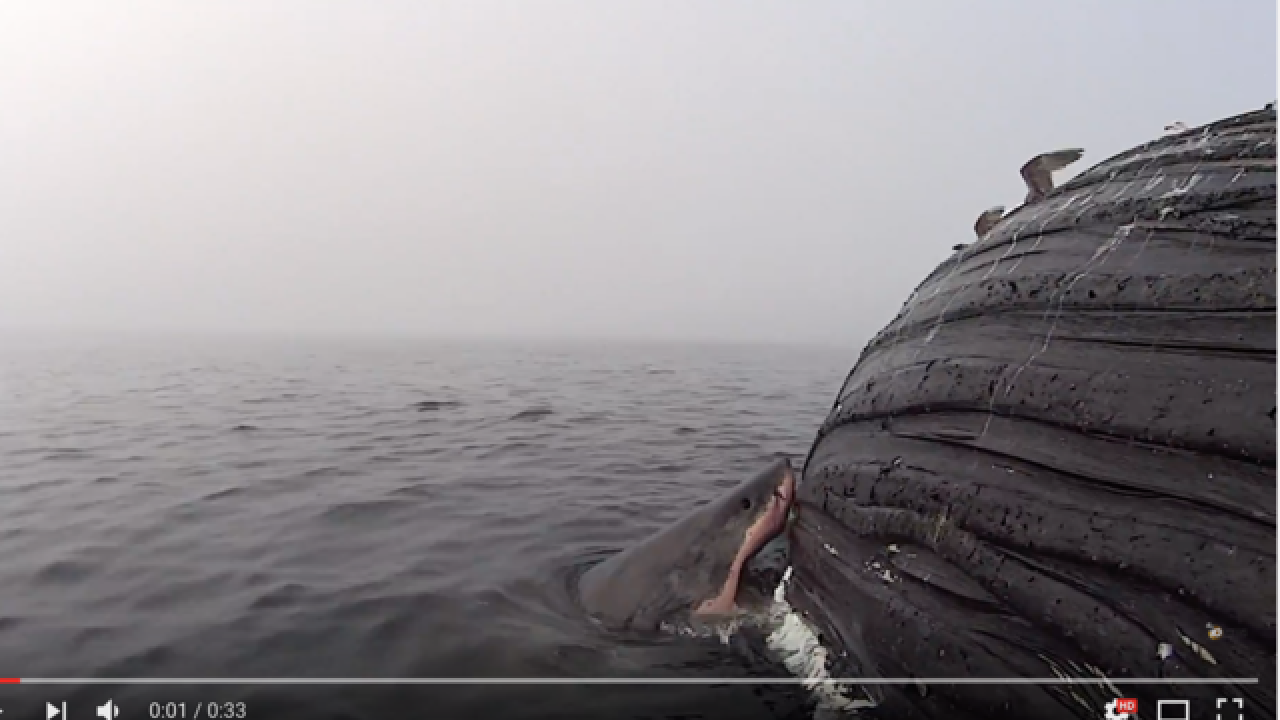 Copyright 2017 Scripps Media, Inc. All rights reserved. This material may not be published, broadcast, rewritten, or redistributed.
<p>Video and photo courtesy SharkTagger.com </p>

Keith Poe, a shark tagger, said the shark showed up an hour before sunset on Friday and gorged on the 55-foot humpback whale Scarlet, who Poe, along with Cal State Long Beach shark lab graduate student Ryan Logan, had come out to see hoping the stench of the carcass would attract sharks.

And it certainly did!

But then after going back and forth overnight feasting on the carcass, he said, the shark began "acting intoxicated."

"She was swimming upside down and bumping into the whale," he said.

Poe added that it's not known why sharks behave this way following a whale feast. They usually feed on halibut and rays.

The shark tagger said he is happy to share the video footage, which has now been seen more than 60,000 times on Facebook, to promote conservation. You can learn more about what a shark tagger does here.