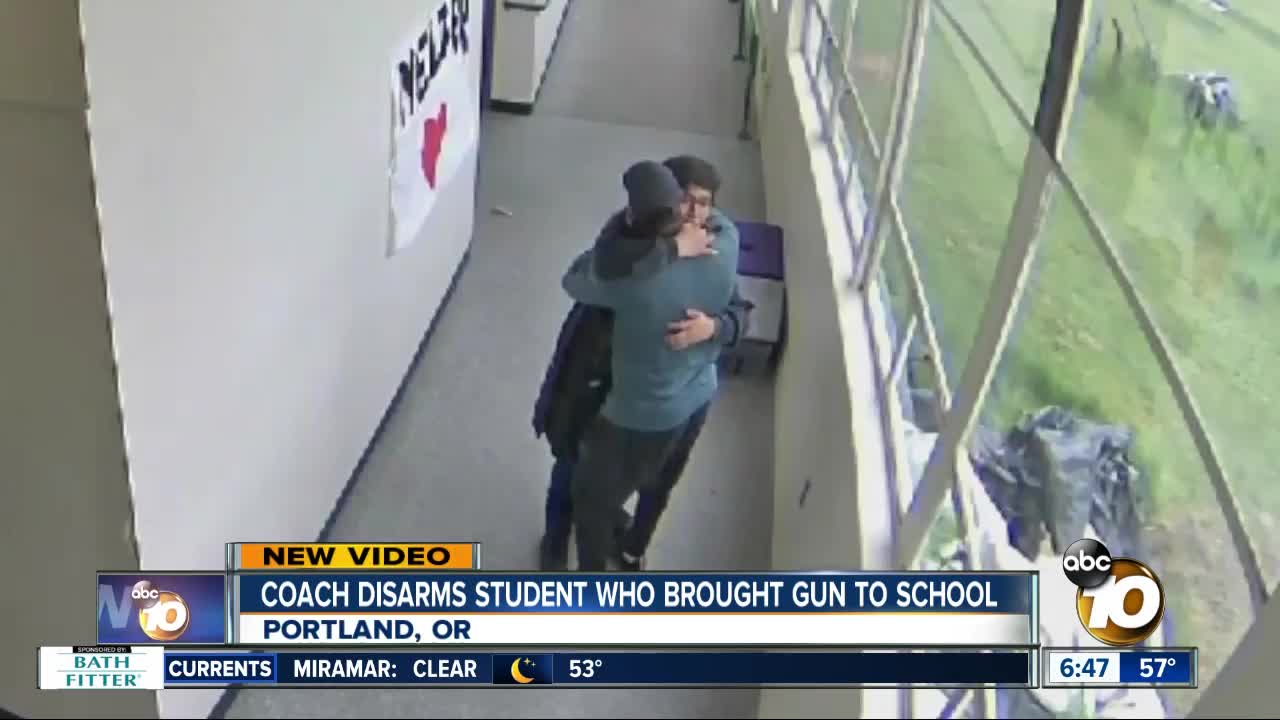 Video has been released showing Parkrose High coach, Keanon Lowe, disarm a gunman in a classroom last May.

(KGTV) — Newly released video shows the moment a Portland high school coach disarmed a student who brought a loaded shotgun to school in May.

Keanon Lowe, Parkrose High School's head football and track coach, was in a classroom full of students when the gunman, identified as Angel Granados Dias, came in with shotgun on May 17, 2019, according to Portland police.

In the video, Lowe brings Dias into a school hallway after appearing to disarm the student. Lowe is seen holding the shotgun before handing it off to another staff member. The coach continues to hold the student and embrace him in a hug, as the staff member leaves with the firearm and students flee from the classroom.

Lowe, a former Oregon Ducks football player and NFL coach, says he lunged for the gun with both hands inside the classroom when he realized what was happening.

The coach said he told Dias he was there for him and that his life was worth saving.

Investigators say Dias was suffering a mental health crisis and only intended to hurt himself, Portland ABC-affiliate KATU reported.

"Then it was just me and that student. It was a real emotional time. It was emotional for him, it was emotional for me," Lowe told KATU in May. "In that time, I felt compassion for him. A lot of times, especially when you’re young, you don’t realize what you’re doing until it’s over."

Dias has since been sentenced to three years probation and to undergo mental health treatment.