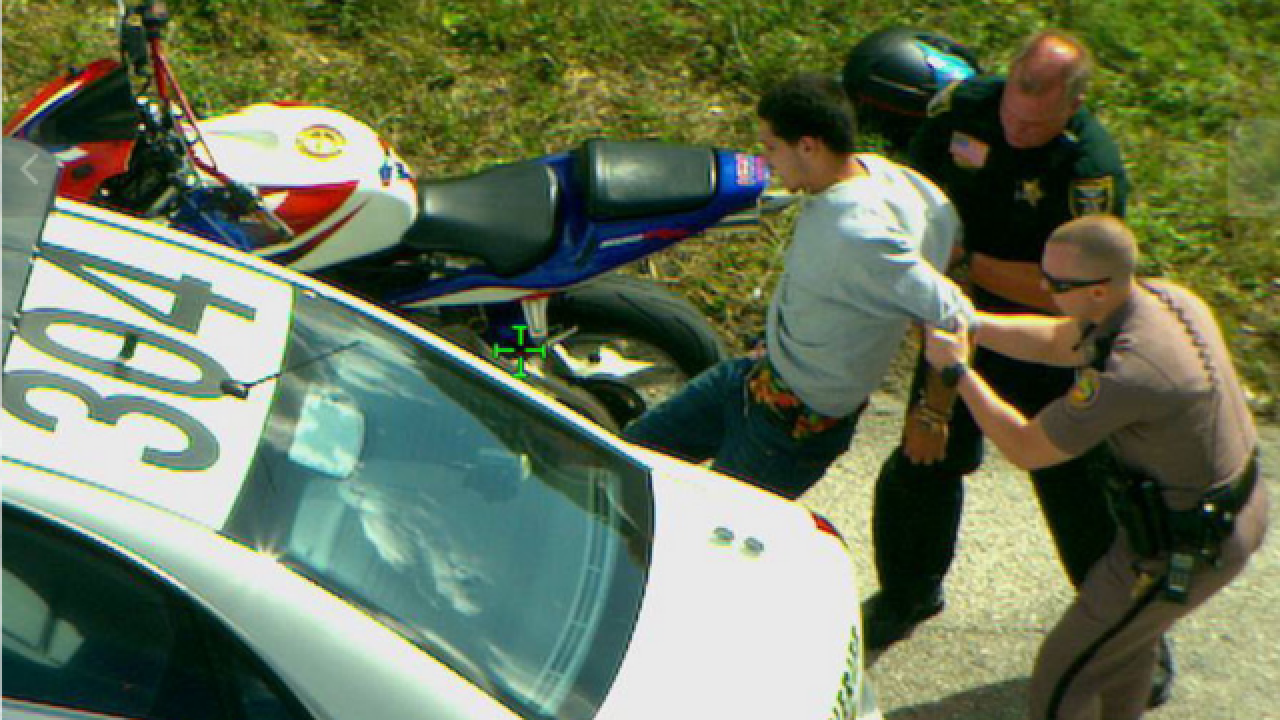 Florida law enforcement officials said a motorcyclist who was driving erratically led cops on a high-speed helicopter chase on Interstate 95 this week.

On Thursday, the Martin County Sheriff’s Office posted video and photos of the chase that involved the department’s helicopter, deputies and Stuart police.

At one point, the motorcyclist was caught on camera riding his bike without hands so he could text.

In a Facebook post, the department’s helicopter pilot was able to force the fleeing motorcyclist off the interstate, where he was arrested.

The motorcyclist, whose name has not been released, faces multiple charges including fleeing and eluding police.