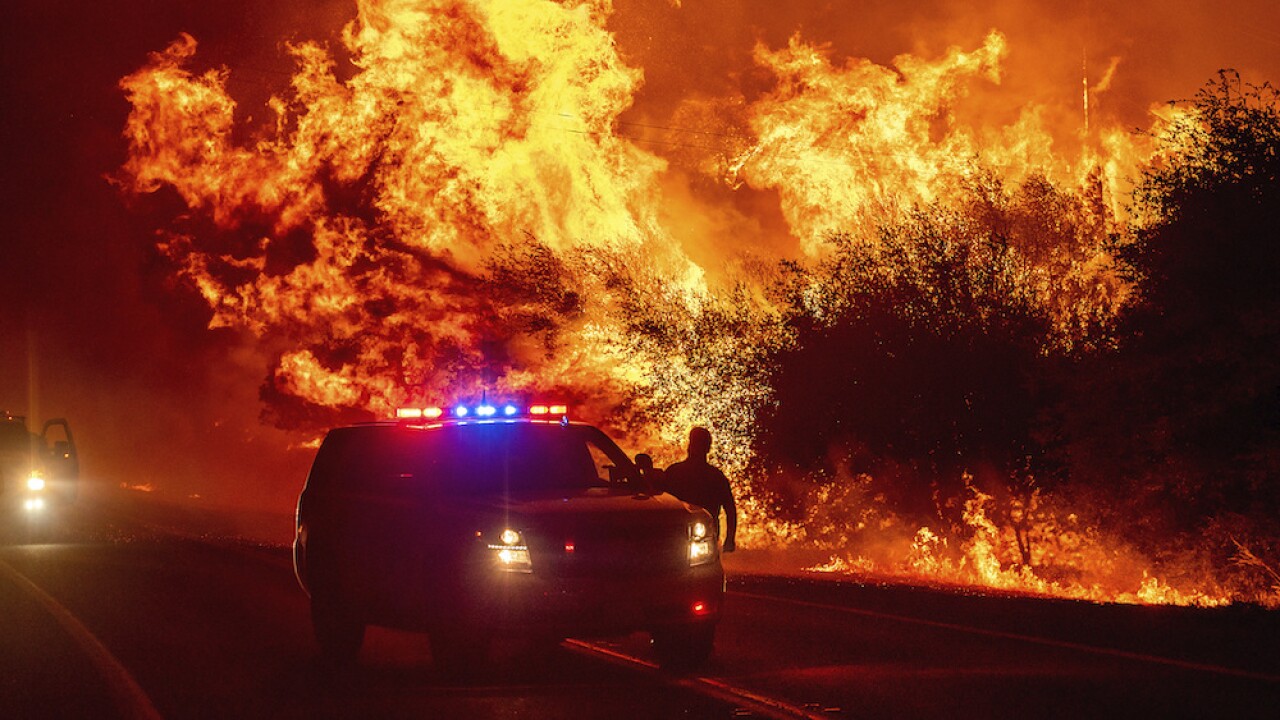 Noah Berger
Noah Berger/AP
Flames lick above vehicles on Highway 162 as the Bear Fire burns in Oroville, Calif., on Wednesday, Sept. 9, 2020. The blaze, part of the lightning-sparked North Complex, expanded at a critical rate of spread as winds buffeted the region. (AP Photo/Noah Berger)

OROVILLE, Calif. (AP) — A 72-year-old man found dead in a vehicle and two other people discovered on a roadway were among the latest victims of the deadliest wildfire in California this year.

The victims included three people whose bodies were found in or near a burned vehicle. Gov. Gavin Newsom said more than 17,000 firefighters are battling some 25 major fires that were sparked in the past month.

The death toll stands at 25 with more than 38,000 people under evacuation statewide.