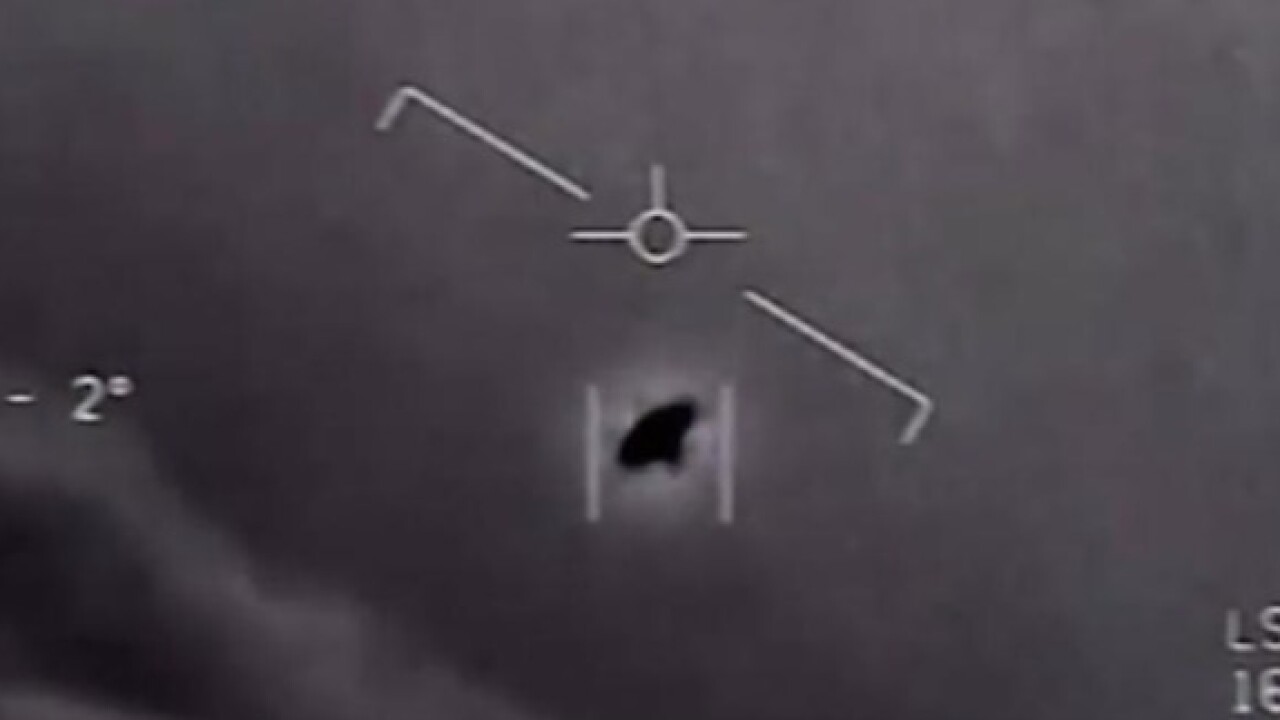 Gradisher went on to say while the videos were declassified, they were never cleared for public release.

The videos were posted for the public in December 2017 by the New York Times and To The Stars Academy of Arts and Sciences, a group that researches UFOs co-founded by the Poway native and former Blink 182 member Tom DeLonge.

Gradisher told the The Black Vault the term UAP is used, "because it provides the basic descriptor for the sightings/observations of unauthorized/unidentified aircraft/objects that have been observed entering/operating in the airspace of various military-controlled training ranges."

He added the Navy has not officially released any description of the incidents.

The three videos, titled "FLIR1," "Gimbal," and "GoFast," show separate UAP incidents captured by Navy pilots. The titles are not official Navy designations, according to Gradisher.

"FLIR1" was captured on Nov. 14, 2004, about 100 miles off the coast of San Diego. Navy Commander David Fravor told 10News he was piloting the FA-18 that captured the incident during a Navy training mission.

"I have never seen anything in my life that has the performance, the acceleration. Keep in mind this thing had no wings," Fravor said of the 2004 incident. “It's moving around, left, right, forward, back. The radar starts being jammed. All of a sudden it takes off."

"GoFast" reportedly took place in 2015. It shows a camera and sensor aboard a Navy F/A-18 Super Hornet jet track a fast-moving object, before pilots lock onto it.

"Whoa, we got it!" exclaims one pilot. Another pilot asks, "Wow, what is that, man? Look at that flying!"

The Navy's classification and timing couldn't be better for DeLonge, who is set to debut a new miniseries on the History Channel.

The show will also feature interviews with other former government and aerospace officials and, "produce tangible evidence to build the most indisputable case for the existence and threat of UFOs."