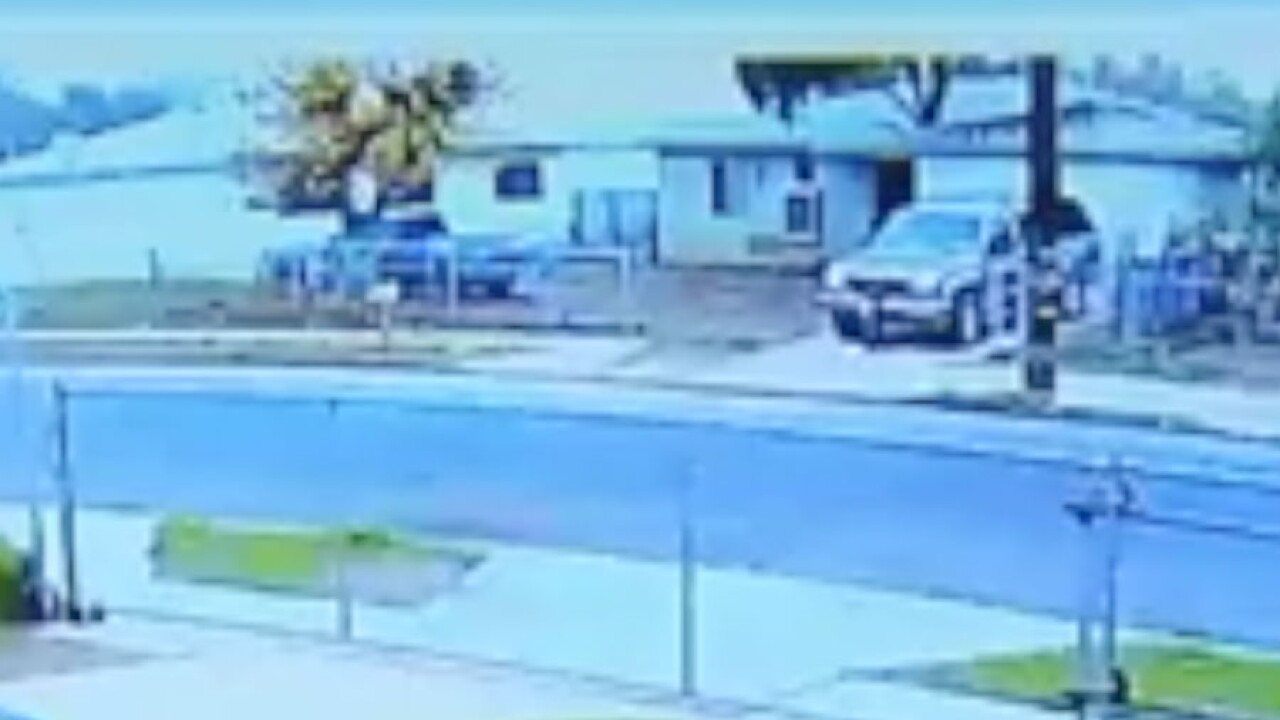 (KGTV) - A toddler suffered life-threatening injuries after Fresno police say she was run over by a truck driven by her uncle, who fled the scene after the collision.

The incident happened Dec. 18, and police said the tragedy was captured on a surveillance camera from across the street.

Police said 23-month-old Zayliah Medina was walking in the front yard of her home just before stepping in front of a 3-ton pickup truck.

In the video, the truck runs over Zayliah and is seen driving away. She was rushed to the hospital with serious head and spinal injuries, as well as broken bones and internal injuries. Her condition remains unknown.

The driver, identified as Zayliah’s 33-year-old uncle Eddie Alvarado, was arrested a day later on suspicion of hit-and-run. Police believe that prior to his arrest, Alvarado was assaulted by family members in retaliation for what happened to the child.

Police said Alvarado was driving without a license, and Chief Jerry Dyer told reporters, “Had he just simply called the police department and reported the collision, that would've been the end of this. He would not have been arrested."

ABC30 in Fresno reported Alvarado has an immigration detainer. Alvarado, a Mexican citizen, told police he has been the U.S. for about a year, ABC30 reported.