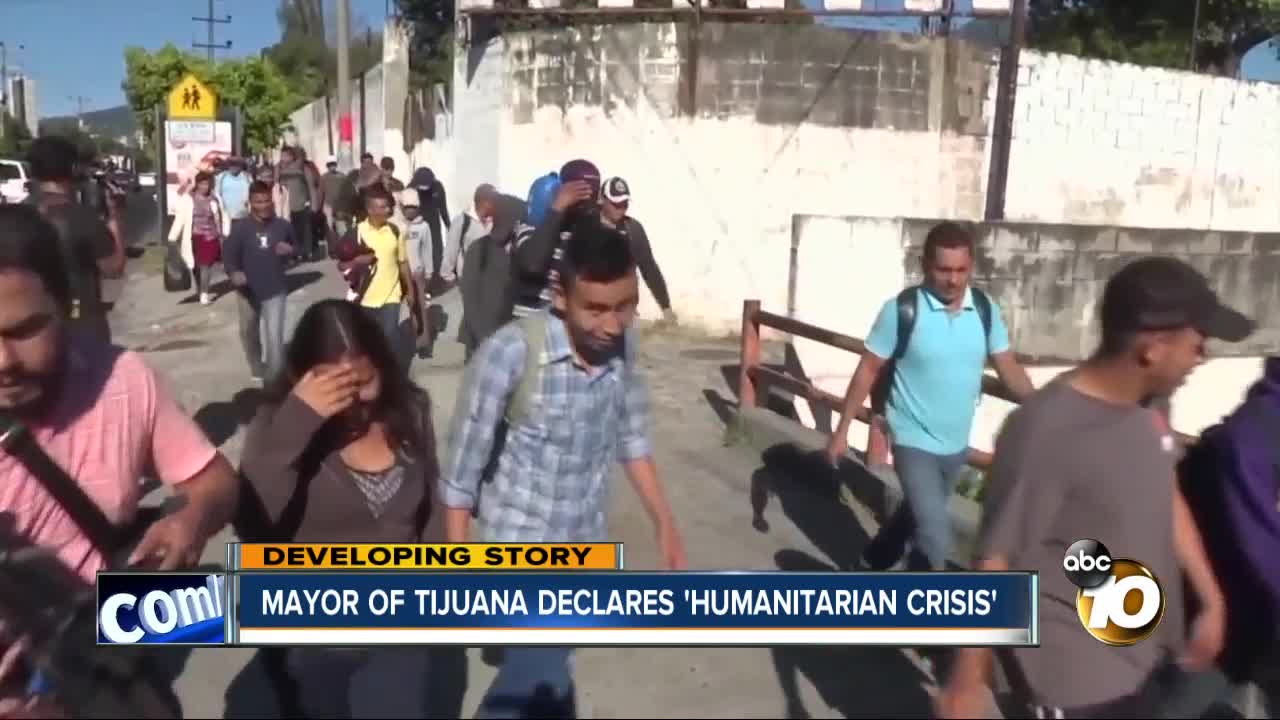 Mayor Juan Gastelum is asking the UN for aid. 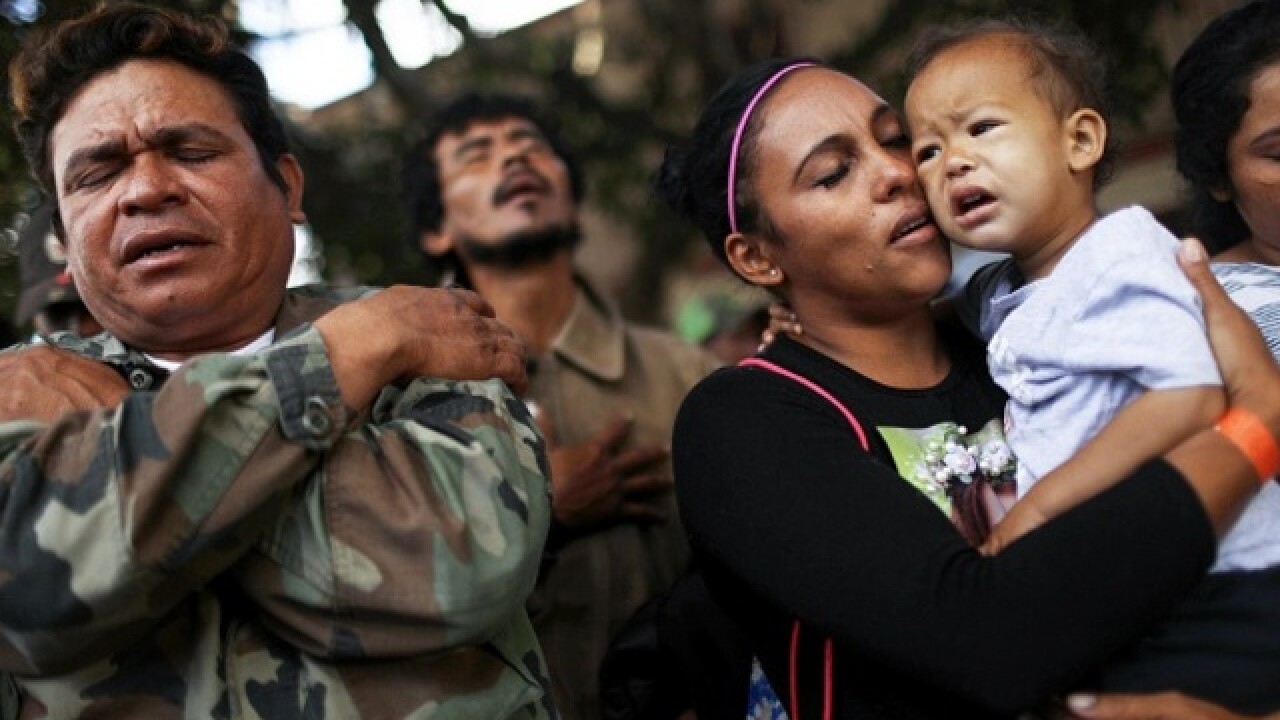 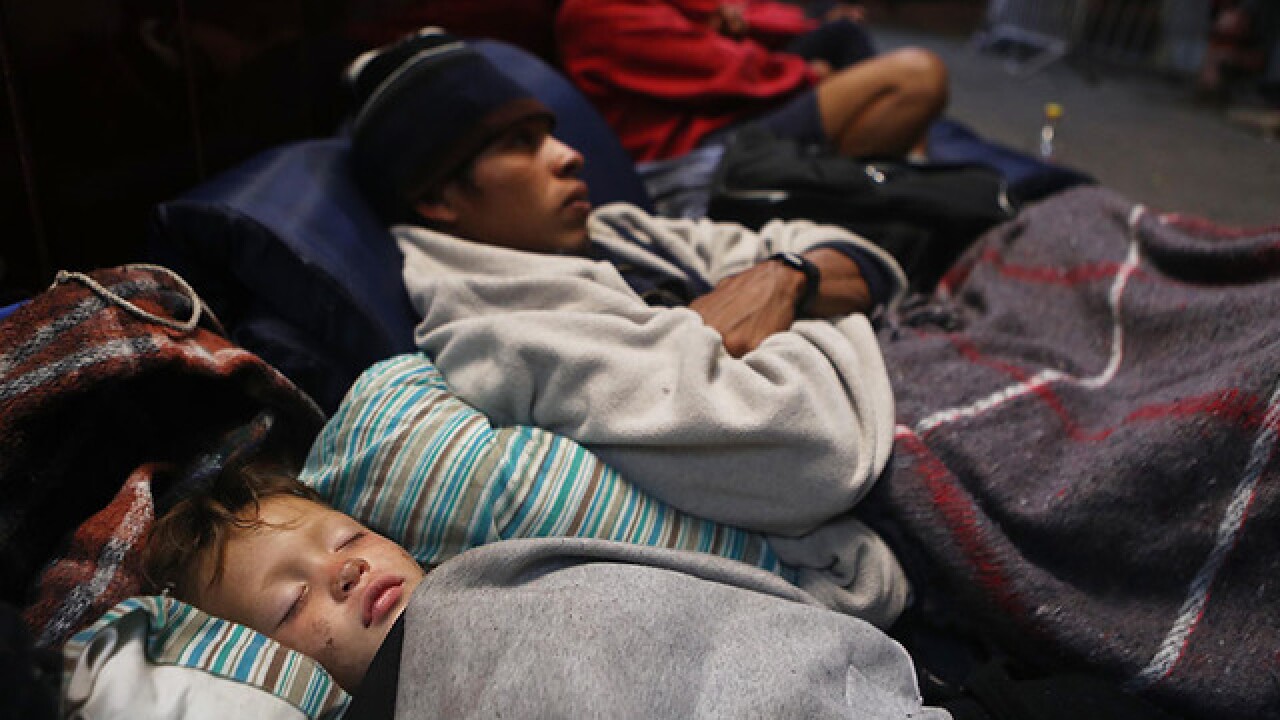 TIJUANA, Mexico (AP) - The mayor of Tijuana has declared a humanitarian crisis in his border city and said Friday that he has asked the United Nations for aid to deal with the approximately 5,000 Central American migrants who have arrived.

Mayor Juan Manuel Gastelum said that the Mexican federal government has provided little assistance and he is not going to commit the city's public resources to dealing with the situation. He said 4,976 migrants had come to the city.

"We don't have sufficient and necessary infrastructure to adequately attend to these people, to give them a decent space," he said on Grupo Formula radio.

On Thursday, his government issued a statement saying that it was requesting help from the U.N.'s Office for the Coordination of Humanitarian Affairs.

"I am not going to spend the money of Tijuana (citizens)," Gasteulum said in the statement.

For the most part, the migrant caravan that left Honduras in mid-October was well received by the towns it passed through along the way to the border. Even cities with few resources made sure the migrants had food and a place to rest.

But in those places, the caravan stayed at most two nights — with the exception of Mexico City. In Tijuana, many of the migrants who are fleeing violence and poverty want to request asylum in the United States and face the prospect of spending months in the border city before they have the opportunity to speak with a U.S. official.

Gastelum said Friday that the Mexican government has talked about sending 20 tons of resources to Tijuana to help but that three-fourths consisted of materials to reinforce the border and only 5 tons were materials to actually help the migrants.

Most of the migrants are staying at a makeshift shelter at a sports stadium in the city. They are receiving support from local churches and private citizens who have been providing food, as well as various agencies of the Baja California state government, which says it identified 7,000 job openings for those who qualify.

Gastelum also criticized the federal government for not taking more seriously U.S. President Donald Trump's threat Thursday to shut down the entire border if things get out of control in Tijuana.

Referring to a protest by a small group of migrants who marched to a border crossing Thursday, Gastelum said such demonstrations are not going to help.

"Thousands of people from Tijuana work in the United States, they arrive late to their jobs," he said. "From the United States the tourism isn't coming here. The people aren't coming to the medical sector. The situation is becoming uncomfortable."