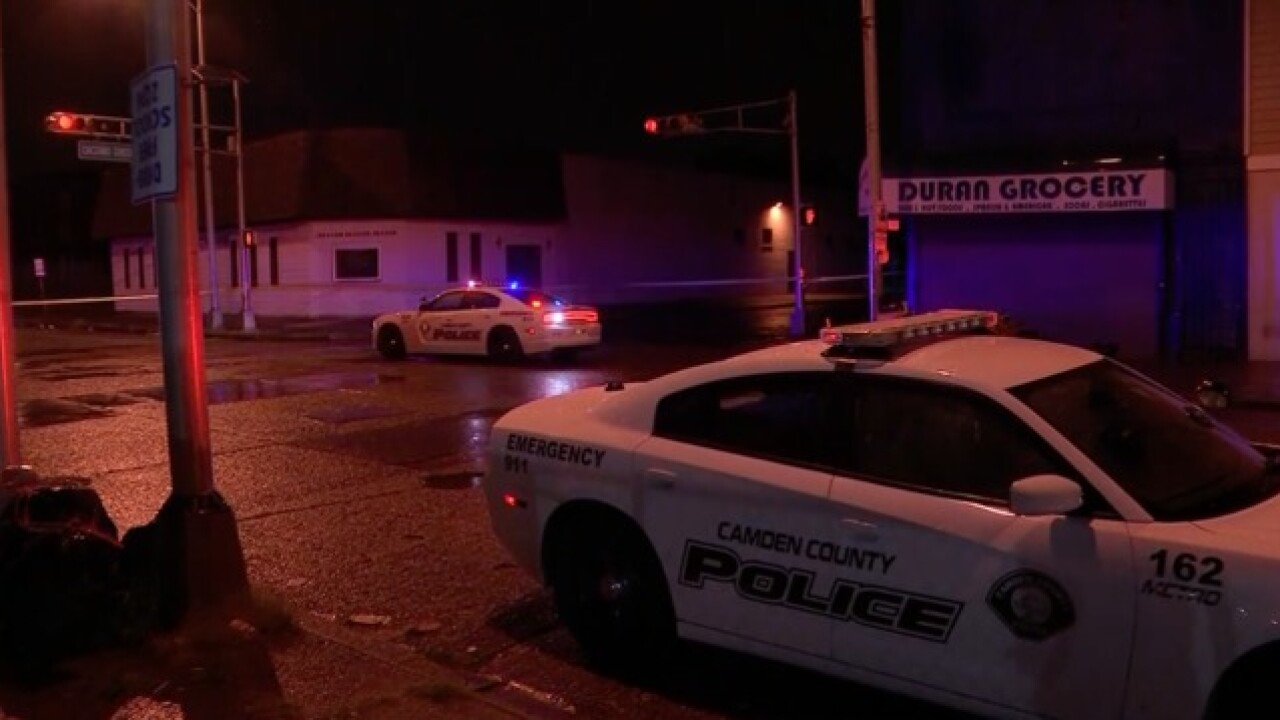 CAMDEN, N.J. (AP) — A gunman opened fire on two New Jersey police officers while they were sitting in their vehicle at a red light Tuesday night, wounding them in what authorities are calling an ambush attack.

At least one suspect opened fire on the plainclothes detectives in Camden, which is located just across the Delaware River from Philadelphia, said Camden County Police Chief J. Scott Thomson.

"The information we have thus far is that they were essentially ambushed," Thomson told reporters at a late night news conference. "A male walked up and began opening fire. We have anywhere between 10 and 25 rounds that were fired at the officers."

One of the detectives was able to return fire, Thomson said, but it was not immediately clear if anyone else was shot. Thomson said his department was in communication with hospitals in the region.

The detectives were taken to an area hospital and are expected to survive.

"At this point in time our officers have non-life-threatening injuries but not for the grace of God quite frankly," Thomson said. "The amount of rounds that were fired at close range and particularly through the windshield."

Police continue to search for the suspect or suspects involved in the "unprovoked" attack.

"Maybe they did know they were police officers and that's the reason why they did it. Maybe they thought they were somebody else. We'll find that out as the investigation unfolds," Thomson said.

The shooting occurred on National Night Out, an event designed to bring local police and the communities they serve together.