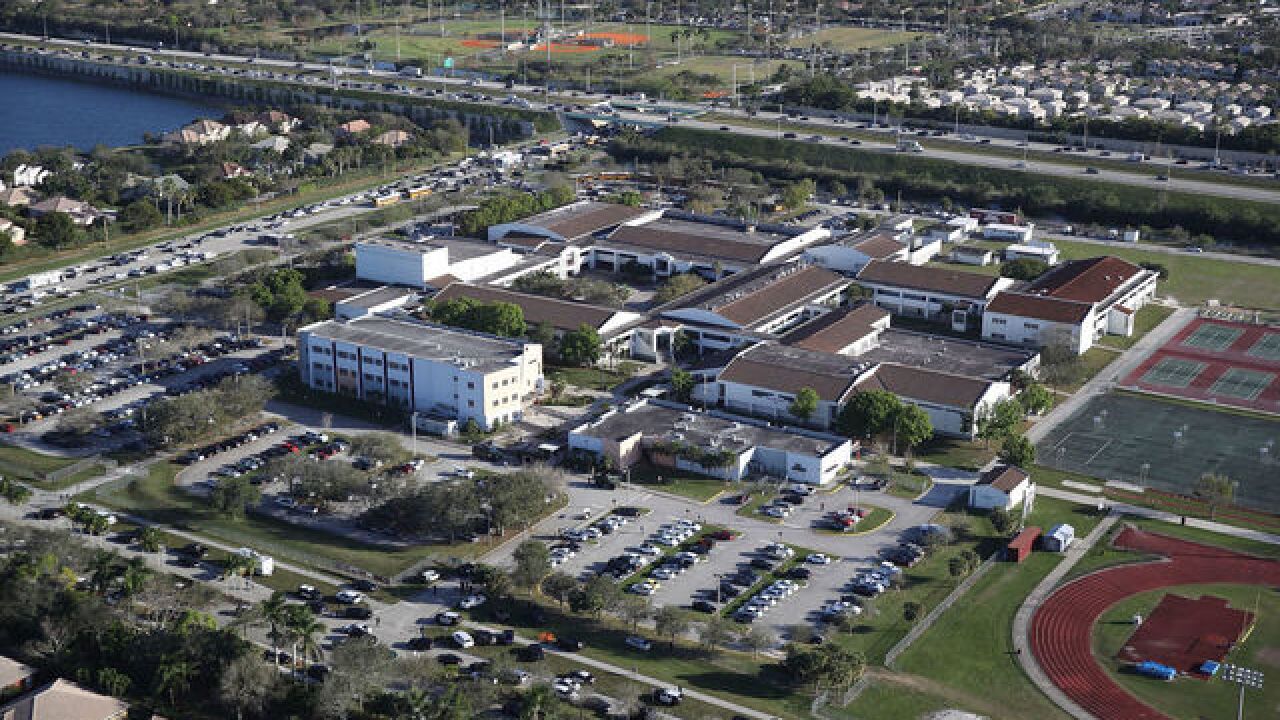 (KGTV) - Authorities Wednesday are starting to dissect information about the suspected gunman they said opened fire on students at a south Florida high school, killing at least 17.

Nikolas Cruz, 19, was identified shortly after the mass shooting at Marjory Stoneman Douglas High School. Authorities located Cruz off campus and arrested him, before taking him to a nearby hospital and then an undisclosed location.

While few details have been released, witness and officials have reportedly started putting together a profile of the suspected shooter.

According to the Associated Press, Cruz, a former student, had previously been expelled for disciplinary reasons.

Math teacher Jim Gard told the Miami Herald that Cruz had been flagged in the past as a threat - so much so, that he was not allowed on campus with a backpack.

"We were told last year that he wasn’t allowed on campus with a backpack on him," Gard told the Herald. "There were problems with him last year threatening students, and I guess he was asked to leave campus."

According to ABC News, Cruz was adopted by Roger and Lynda Cruz, both of whom are deceased. Cruz's adopted mother reportedly died last year.

One student told WFOR that "everyone predicted" Cruz would be responsible for a shooting.

"A lot of kids threw jokes around like that, saying that he was going to be the one to shoot up a school," he said. "It turns out that everyone predicted it. That's crazy."

RELATED: This is the fourth shooting at a middle or high school so far in 2018

Officials report that Cruz used an AR-15 rifle in the attack and had "countless" magazines on him.  Sen. Bill Nelson of Florida told the CNN that Cruz wore a gas mask and had smoke grenades as well.

Nelson said he had been briefed on the attack by the FBI. He added he was told Cruz "set off the fire alarm so the kids would come pouring out of the classrooms into the hall. And there the carnage began."