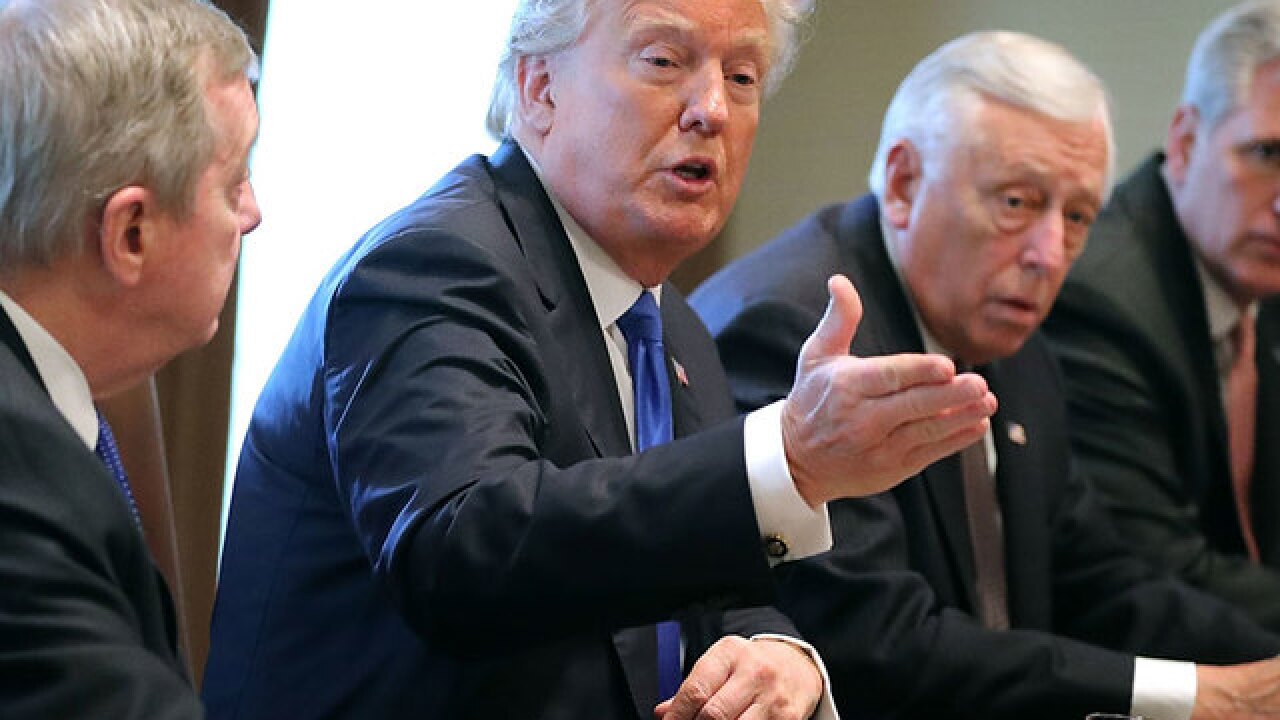 Trump spoke Tuesday at the White House as he met with lawmakers on immigration. He said "Oprah would be a lot of fun." But he said he knows her well and he doesn't think she'll run.

The president added that he appeared on one of her final shows and said he knows her "very well."

President Trump on Oprah reportedly considering a presidential run: “I’d beat Oprah. Oprah would be a lot of fun ... I like Oprah. I don’t think she’s going to run” https://t.co/KEplFLQnPi

Winfrey gave an impassioned speech Sunday night at the Golden Globes, which has sparked talk about whether she might run for president.

In receiving a lifetime achievement award from the Hollywood Foreign Press Association, Winfrey spoke of her humble upbringing and her childhood respect for civil rights heroes. But it was her support of women calling out sexual harassment that fueled talk among Democrats in states where presidential runs usually begin, Iowa and New Hampshire.

Winfrey's best friend, Gayle King, is downplaying any suggestion that Winfrey might run for president.

King, a CBS host, says that Winfrey is "intrigued by the idea" of a presidential bid in 2020, but that after a long conversation with her friend the night before, she doesn't see it happening.

King said: "She loves this country and would like to be of service in some way. But I don't think she's actively considering it at this time."

She added, "You always have the right to change her mind."

Trump's daughter, Ivanka, is endorsing Winfrey's message, if not a political future, in a recent tweet.

Actress Alyssa Milano and others quickly chimed in, pointing out that Ivanka Trump's tweet doesn't mention that her father faces accusations of sexual misconduct by several women.

Milano responded to Ivanka's tweet: "Great! You can make a lofty donation to the Time's Up Legal Defense Fund that is available to support your father's accusers."