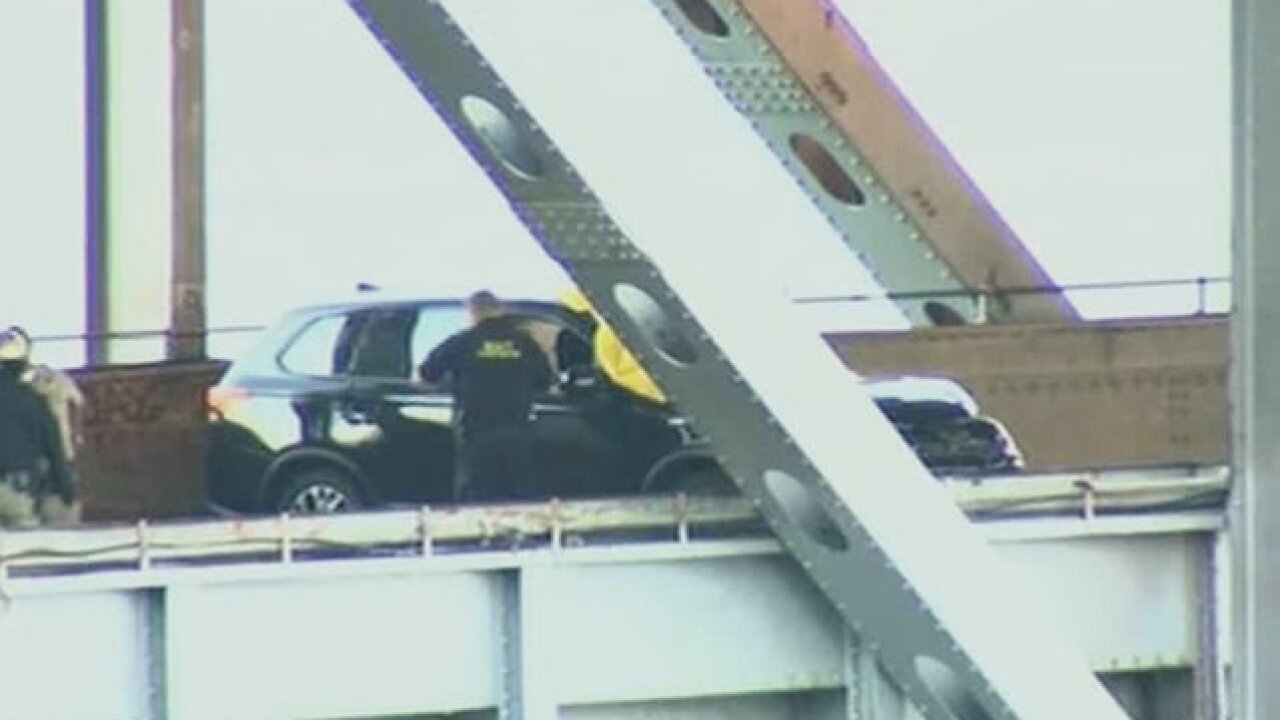 SAN FRANCISCO (AP) - Authorities say a man was killed and two others were injured in a shooting on the San Francisco-Oakland Bay Bridge that caused a multiple-vehicle collision and shut down all traffic lanes for hours.

California Highway Patrol Officer Bert Diaz says the men were riding in an SUV heading from San Francisco to Oakland early Monday when a vehicle pulled alongside it and someone opened fire at the SUV, which collided with another car.

Diaz says the driver of the SUV died at the scene and another man was shot and wounded. A third man suffered injuries from the collision. Both were taken to a hospital.

All affected lanes were reopened by 8 a.m.