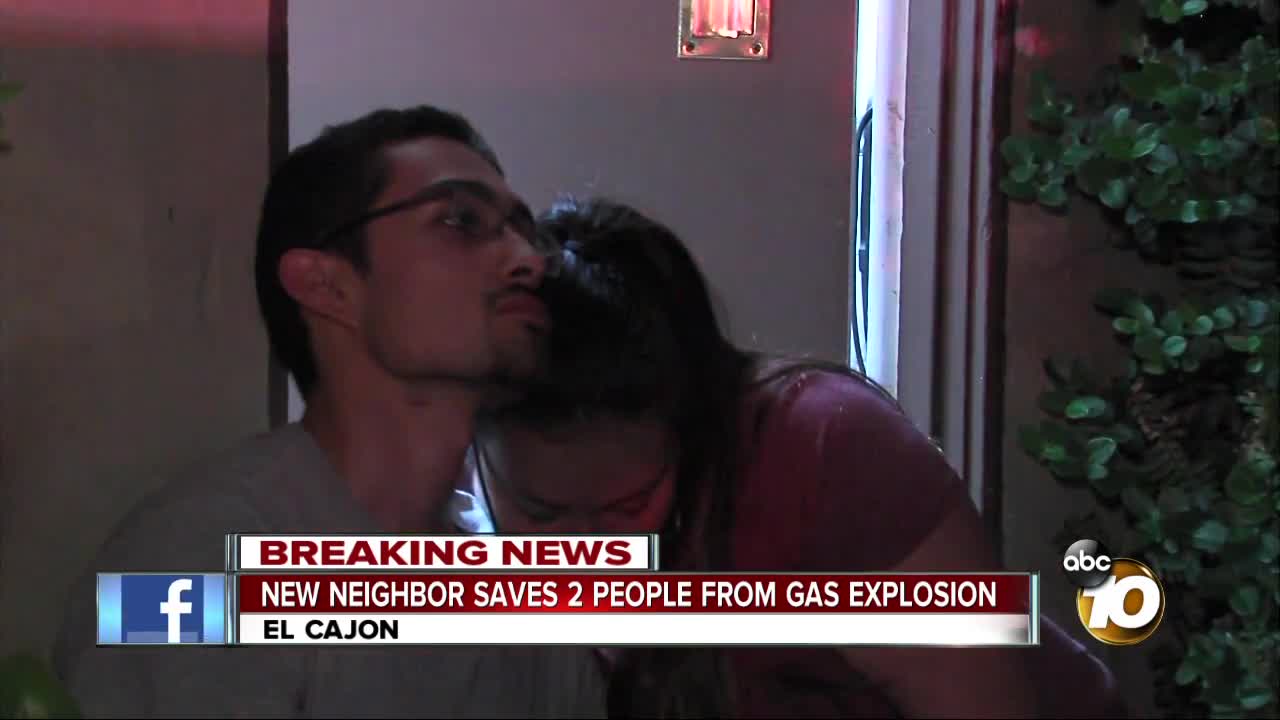 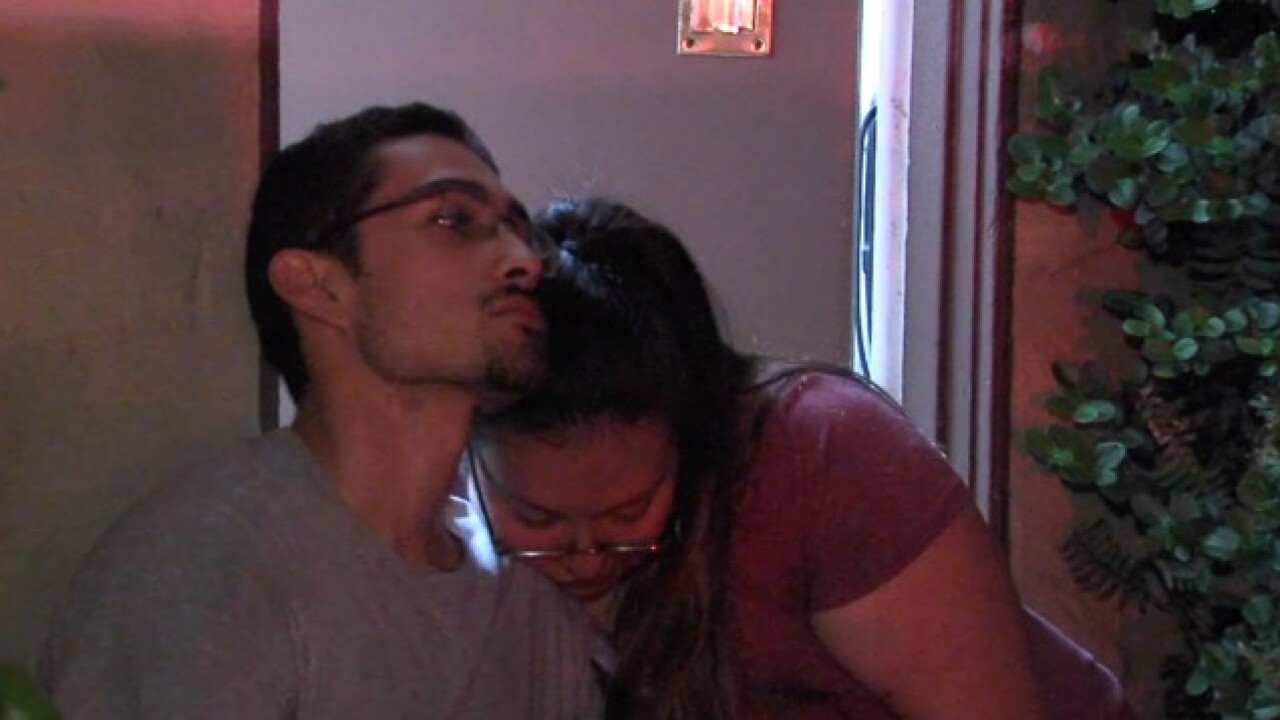 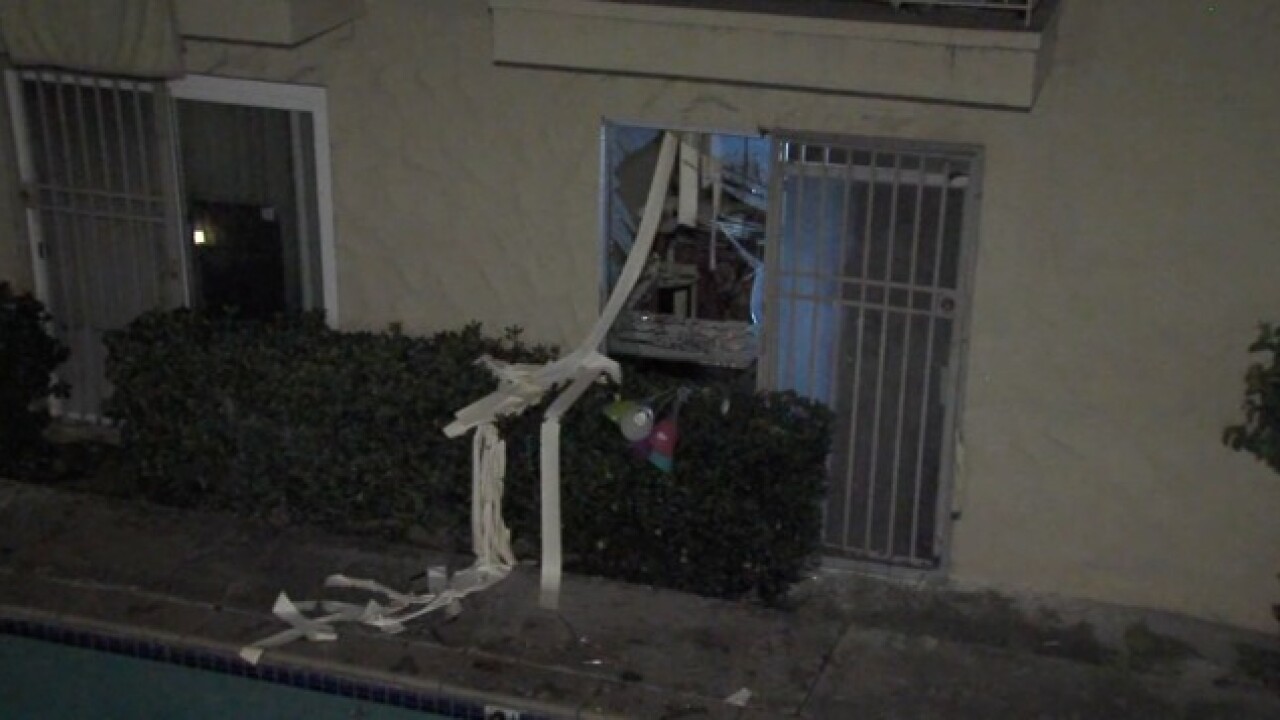 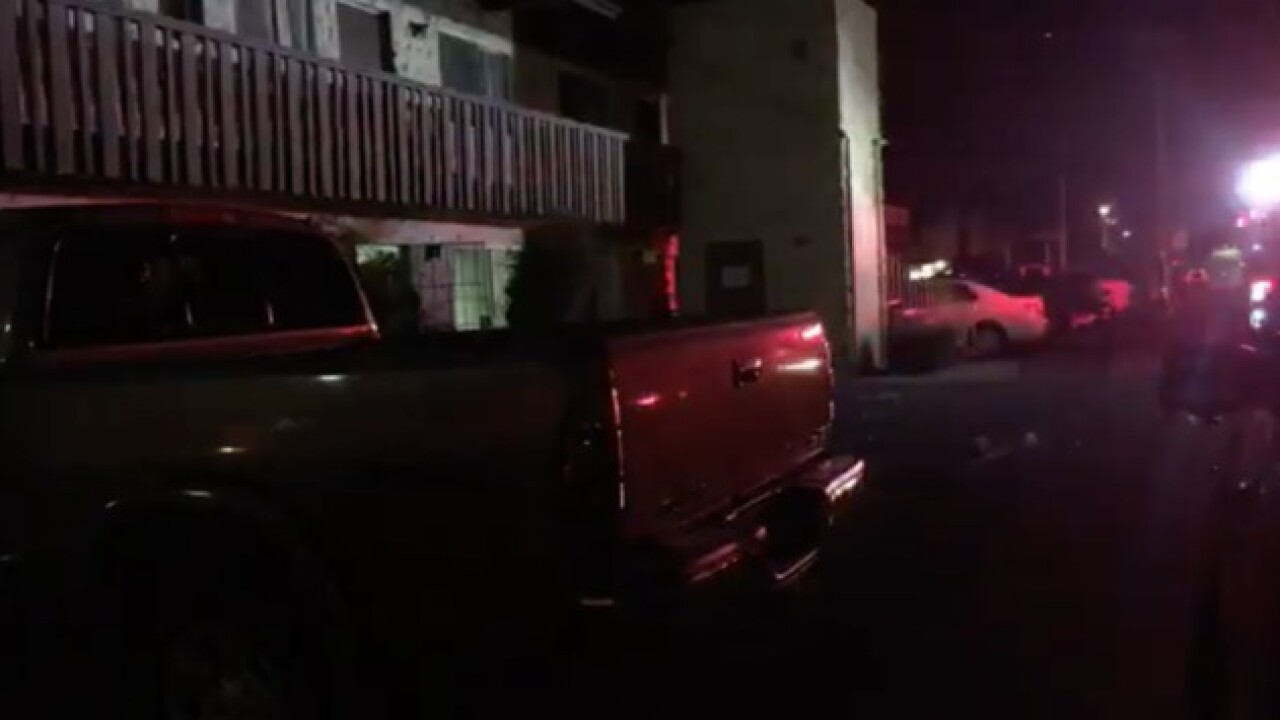 EL CAJON, Calif. (KGTV) -- Neighbors say two elderly residents of the Lincoln Palms Apartment in El Cajon were taken to the hospital Wednesday, after an explosion on Lincoln Avenue.

New resident Jorge Limon told 10News Reporter Rina Nakano he and his grilfriend Samantha were unpacking when they noticed an odd smell. Later, they heard what sounded like two explosions.

"We thought somebody threw a table out of the window or something. But then we saw the smoke and fire," Limon said, adding that he immediately grabbed his fire extinguisher to help.

The explosion happened on the first floor of the building around 8 p.m., just below Limon's new apartment.

Fire crews arrived four minutes after the 911 call, but were surprised to see that the flames were already out when they arrived. With his extinguisher, Limon was able to put out the flames.

The explosion shattered the windows of the downstairs unit, leaving the curtains and glass all around the pool. Inside Limon found the two elderly residents, who he said both suffered injuries.

"They both went ot the burn center, which means they had enough burns to where it was a concern," said Heartland Fire and Rescue Battalion Chief Bent Koch.

Limon told 10News his fire extinguisher was no accident.

"I made a big deal to bring it," he said. "I'm glad I did, because if it weren't for this bad boy, God knows what would have happened."

10News Reporter Rina Nakano shot a Facebook live explaining the scene. You can watch below: