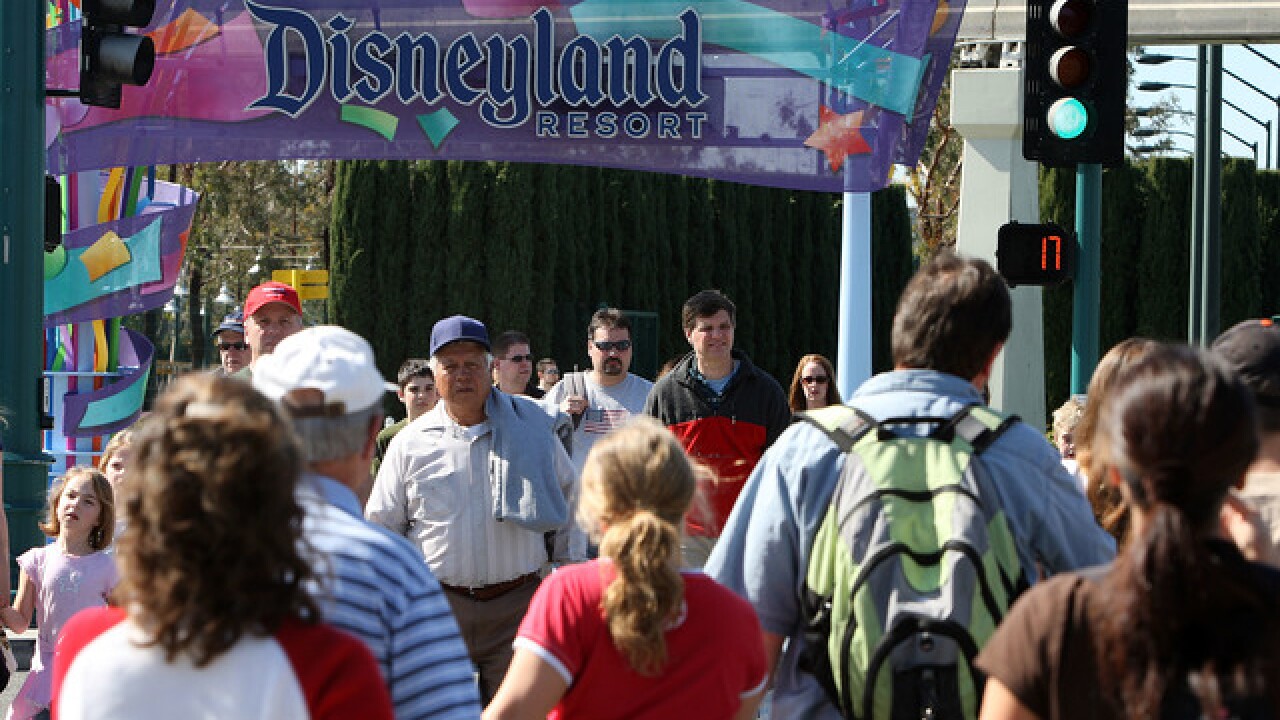 Copyright Getty Images
David McNew
<p>LOS ANGELES, CA - FEBRUARY 19: Pedestrians walk near the entrance to Disneyland Resort on February 19, 2009 in Anaheim, California. With the worsening economy, declining attendance and reduced operating income, the Walt Disney Company announced that it plans to restructure its domestic theme-park operations, which will result in the layoff an unspecified number of employees in the coming weeks. (Photo by David McNew/Getty Images)</p>

Two of those cases were in individuals who visited Disneyland Park in September. In total, there have been 15 cases of the disease, 11 of those cases in people who visited the park this year, according to the Orange County Health Care Agency (OCHCA).

"All cases identified to date became infected with Legionella prior to [Nov. 7, 2017] when the cooling towers were taken out of operation at the Disneyland Park," an OCHCA spokesperson Jessica Good said in an email.

Disneyland shut down two cooling towers, which act as large air conditioners for the park, in response to the reported cases.

OCHCA believes those who have reported becoming ill with the disease were exposed in late August or early September to late October this year.

The Legionnaire's patients range in age from 52 to 94. Two of the 15 people infected had additional health issues and died, Good said. Neither of those victims had visited Disneyland.

According to OCHCA, Disneyland was identified as a common location in some of the reported cases in late October. The park's issue is believed to have stemmed from elevated levels of Legionella found in the identified cooling towers:

The towers were then ordered to be taken out of service on Nov. 7 until county health officials deemed them safe.

According to Good, there is no known ongoing risk associated with the outbreak.

Legionella bacteria can cause a respiratory illness and pneumonia, especially in older individuals with prior health conditions.Typical sources of the bacteria are improperly sanitized spas, indoor and outdoor fountains, showers, and cooling towers - used commonly as part of air conditioning systems in large spaces.

Symptoms generally develop within 2 to 10 days of exposure and include fever, chills, muscle aches, and headaches. The infection is not spread person to person and those with the disease are not considered infectious.