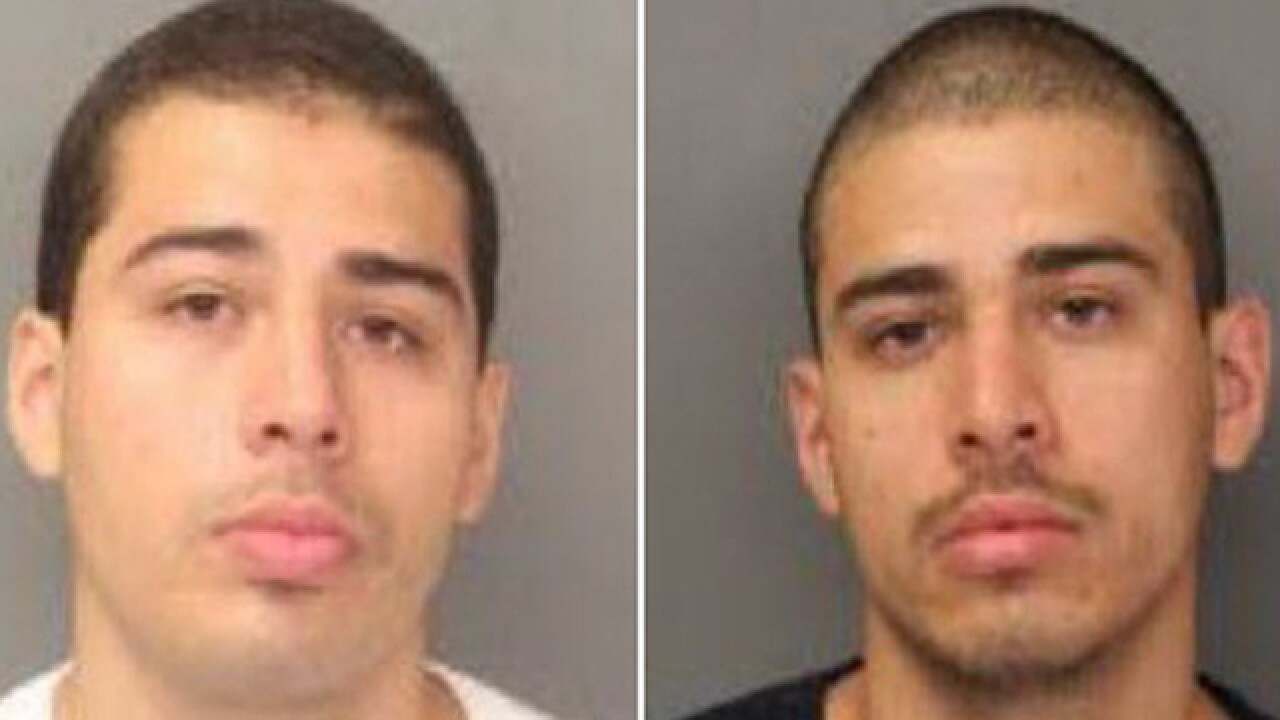 SAN DIEGO (KGTV) — Twin brothers were arrested in Mexico this week and turned over to U.S. border authorities in connection with a 2013 murder in East San Diego.

Anibal and Edward Avila, both 27, were arrested on Friday and charged with the murder of Rafal Robles, 34, five years ago, according to San Diego Police.

Police say Robles and another man were found suffering from gunshot wounds in an alley near the 4000 block of 39th Street in the Cooridor neighborhood just before 3 p.m. on April 11, 2013. Both men were taken to a nearby hospital, where Robles died shortly after arriving.

Detectives identified the Avila brothers as the suspects behind the fatal shooting, though they remained at large and were believed to have fled to Mexico.

Police did not offer a motive for the shooting.

The twins are due in court Nov. 6.