Turkey's Erdogan pledges US electronics boycott, gets closer with Russia 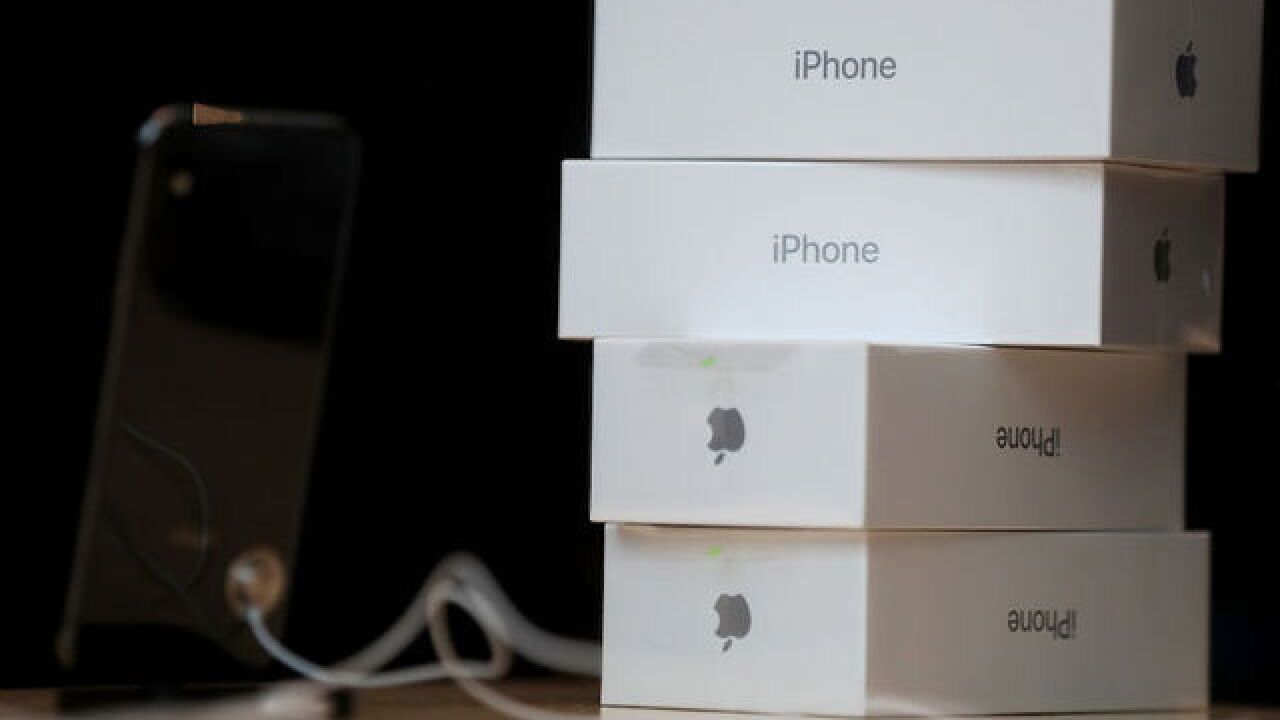 Image copyright 2017 Getty Images. All rights reserved. This material may not be published, broadcast, rewritten, or redistributed.
Justin Sullivan
<p>Boxes of the new iPhone X sit on a table at an Apple Store on November 3, 2017 in Palo Alto, California. </p>

"Whatever we buy from abroad we are going to produce here in better quality and export it. We are going to boycott US electronics," Erdogan said at celebrations of the 17th anniversary of his Justice and Development Party.

"If they have the iPhone on the other hand there is Samsung. In our country we have Venus and Vestel," he said, referring to a Turkish-made phone made by electronics manufacturer Vestel.

"What we can do is proved by what we have done so far. Whatever we pay for from abroad, we will do here," he said.

It is not clear if this will be an official government boycott or just a call to the Turkish public to stop buying American electronics.

Separately, Russian Foreign Minister Sergey Lavrov, on an official visit to Ankara, said the increased US tariffs and sanctions imposed by Washington are "based on the desire to dominate everywhere in everything, to control international affairs and to achieve unilateral advantages on global markets. In the process of doing so they make their own allies suffer."

Speaking at a press conference with his Turkish counterpart Mevlut Cavusoglu, Lavrov said: "I'm certain that with such abuse, the role of the American dollar as the world reserve currency will weaken and more countries, even not affected by the American sanctions, will get away from dollars."

He said Russian President Vladimir Putin and Erdogan had also discussed using national currencies in trade. Russia has sought to stop using the dollar in its commerce with Iran and China.

Cavusoglu said that US sanctions were being used to attack countries across the world and exert pressure on them, causing alarm in Europe.

Erdogan has remained defiant after Trump doubled tariffs on aluminum and steel imports from Turkey to 20 percent and 50 percent, respectively.

These import taxes came on top of 10 percent additional tariffs on aluminum and 25 percent on steel from all countries, in a bid by Trump to protect the US steel industry and please voters in America's industrial heartland.

The tariff increases come amid Trump's concerns over an American pastor, Andrew Brunson, imprisoned in Turkey since 2016. He is accused of involvement with an attempted coup that led to tens of thousands of people being arrested.

On Monday, Erdogan turned his attentions to social media with the announcement that Turkish authorities are investigating 346 accounts that "provoke the currency rate increase," the official news agency Anadolu reported.

The "law will be applied to those who release fake news about banks, financial institutions and companies that are open to public," the Capital Markets Board of Turkey said in a statement.

Presidential adviser and spokesman Ibrahim Kalin wrote on Twitter: "Our ministry of treasury and finance, Central Bank, Capital Markets Board, Banking Regulation and Supervision Agency and other institutions take necessary steps for financial stability. Turkish economy's body is solid. Nobody should give credit to speculative news. Turkey will be stronger at the end of this process."

The Turkish lira rebounded 6 percent in Tuesday trading, haven fallen 25 percent in the past month, weighed down by the spat with the US and wider concerns about the country's stalling economy.