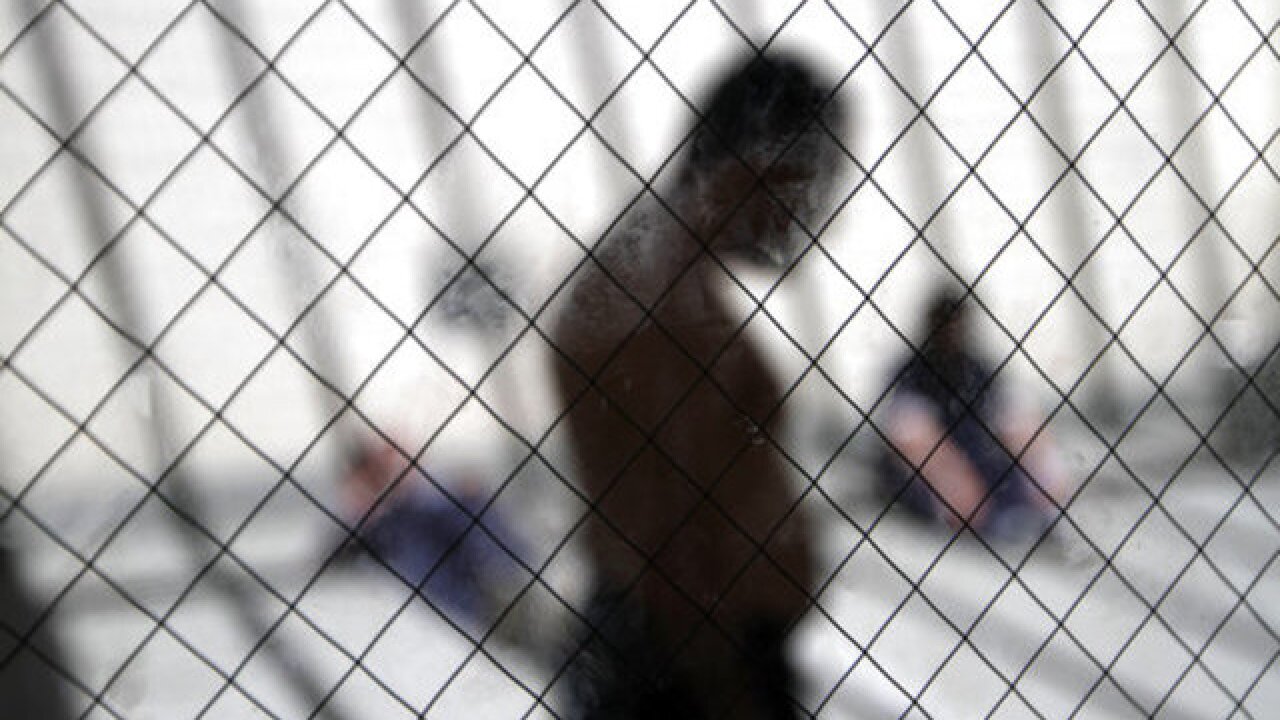 Copyright 2017 Scripps Media, Inc. All rights reserved. This material may not be published, broadcast, rewritten, or redistributed.
Gregory Bull
<p>FILE - In this May 26, 2010 file photo men sit in the sun in a room for mental health patients in the health ward at the Otay Mesa immigration detention center in San Diego. An advocacy group said Tuesday, April 11, 2017, the U.S. Department of Homeland Security's internal watchdog fielded more than 1,000 complaints of sexual assault or abuse from people in custody at immigration detention centers. (AP Photo/Gregory Bull, File)</p>

WASHINGTON (AP) — The Trump administration said Thursday it is abandoning a longstanding court settlement that limits how long immigrant children can be kept locked up, and it is proposing new regulations that would let the government detain families until their immigration cases are decided.

Homeland Security Department officials said that ending the so-called Flores agreement of 1997 will speed up the handling of immigration cases while also deterring people from illegally crossing the Southwest border.

The move angered immigrant rights advocates and is all but certain to trigger a court battle.

"It is sickening to see the United States government looking for ways to jail more children for longer," said Omar Jadwat, director of the ACLU's Immigrants' Rights Project. "And it's yet another example of the Trump administration's hostility toward immigrants resulting in a policy incompatible with the most basic human values."

The Flores agreement requires the government to keep children in the least restrictive setting possible and to release them generally after 20 days in detention. For years, because of those restrictions, many parents and children caught trying to slip into the country were released into the U.S. while their asylum requests wound through the courts — a practice President Donald Trump has bitterly decried as "catch-and-release."

RELATED: Activists chain themselves together, block road to detention facility in Otay Mesa

The newly proposed rules would allow the government to hold families in detention until their cases are completed.

"Today, legal loopholes significantly hinder the department's ability to appropriately detain and promptly remove family units that have no legal basis to remain in the country," Homeland Security Secretary Kirstjen Nielsen. "This rule addresses one of the primary pull factors for illegal immigration and allows the federal government to enforce immigration laws as passed by Congress."

Earlier this summer, a federal judge in California rejected a request by the administration to modify Flores to allow for longer family detention. Administration officials say they have the authority to terminate the agreement, but that is likely to be tested in court.

RELATED: Living in limbo: Inside the ICE detention facility for immigrants

Peter Schey, an attorney representing detained immigrant children under the settlement and president of the Center for Human Rights and Constitutional Law, said he would oppose any effort to end the agreement "unless and until the government proposes regulations that provide for the safe and humane treatment of detained children and that are fully consistent with the terms of the settlement we negotiated in 1997."

"Refugee children should not be made to suffer inhumane treatment and prolonged and unnecessary detention just to satisfy President Trump's zero-tolerance approach to refugees seeking safety in the United States from the violence and lawlessness spreading throughout Central America," Schey said.

The Flores agreement became an issue last spring when the Trump administration adopted a zero-tolerance policy of prosecuting anyone caught crossing illegally. More than 2,900 children were separated from their parents, prompting international outrage.

Trump eventually backed down and stopped the separation of families. A federal judge ordered families reunified; the government has said it had done so for as many families as it could. But hundreds of parents were deported without their children, while others had criminal records or were not parents as they claimed to be, officials said.

Because under Flores children cannot be kept in criminal custody with their parents or held for an extended period in immigration detention, the administration has limited options.

The government operates three family detention centers, and they are mostly at capacity. Homeland Security and the Pentagon have been working to line up as many as 12,000 beds for family members at Fort Bliss in El Paso, Texas. Another request for up to 20,000 beds for youngsters who arrive without parents is also pending.

The ACLU's Jadwat accused the administration of "trying to expand the trauma it is inflicting on these children in order to deter other people from coming to the country."

"The Trump administration's decision to exacerbate the suffering of kids, by imposing the cruel policy of family separation earlier this summer and now with this rule change to vastly expand detention of children, is horrifying," she said.

The regulations will be published in the Federal Register and will be subject to a 60-day public comment period starting Friday.