Living in limbo: Inside the ICE detention facility for immigrants 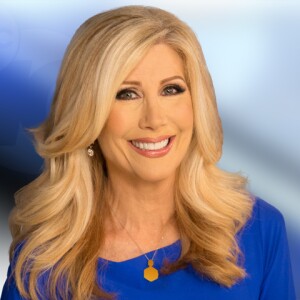 140-thousand people were arrested for being in the country illegally in 2017 as a result of the Trump administration's crackdown on undocumented immigrants.

In San Diego, a little more than 4,500 detainees were taken to the Otay Mesa Detention Center.

Some are criminals and gang members; others are mothers, brothers, and college students.

All of this has many others asking - what if I’m caught?

Two University of California students were among the thousands detained at the Otay Mesa Detention Center in 2017: Orr Yakobi from UCSD and Luis Mora from Berkeley.

Our 10News cameras caught both men as they were being released after days in detention.

Yakobi was “overjoyed”. Mora looked into the sky and said, “It’s a beautiful day, it feels great out here.”

These two arrests galvanized a movement and launched a question…what is it like inside?

Hunt obtained permission by the Department of Justice to see the living conditions: nothing off limits, no restrictions. An ICE agent whose identity was withheld took her inside.

It all begins for detainees in a crowded holding area. A nurse first checks the detainees for contagious medical issues before they’re brought inside.

The detainees are given food, water, access to a bathroom, and a cell phone. The phones have speed dials programmed with consulate numbers.

Detainees are assigned a number and categorized by color.

“Blue is low level, orange is medium level, red is high level. It all comes down to classifications on their criminal histories,” said the ICE Agent in charge of detentions.

“Fights here can be elevated, behavior issues elevated to a red...taken into account," the ICE agent said.

Each housing unit for men and women includes beds, a kitchen area with a microwave, televisions with headsets, phones, a multi-purpose room, a kiosk for buying snacks for 25 cents, and an outdoor sports area.

Down the long corridor to the dining hall, plates are passed through a small opening, making it a blind pass. The server can’t see the nationality of the person receiving the food to avoid bias. There is a main menu and a dietary restriction menu. Detainees have 20 minutes to eat.

Hunt was shown into the medical center, where up to 14 patients can be treated for non-emergency health issues. Dental offices are also on site.

As Hunt was taken into the Mental Health Unit, she saw one detainee on suicide watch.

The serious behavior cases are kept in separate rooms.

Hunt was taken to the soccer field where detainees rotate in one-hour shifts, so everyone gets some time to play. The majority of them get four hours of free time a day. They can play basketball and volleyball in the gym as well.

Once back inside the facility, Hunt was taken to the chapel and law library where detainees get 15 hours a week to work on their cases.

The length of time a detainee remains at the center varies greatly depending on the situation.

According to Immigration Attorney Andrew Nietor, most detainees can post bond.

“If they've been in the US, have strong ties, and clean records, they'll often be eligible for a bond.”

That’s not the case for those seeking asylum, according to Nietor.

“Some people will be applying for asylum. They have to gather the evidence to prove their case. That can take months. 85% of detainees do not have attorneys. They have to get documents about conditions in their home country, why they're at risk, why their lives are at risk if they're returned, family, identity documents. Many people fleeing persecution don't have the time to bring a file of documents with them," he said.

Nietor says for complicated cases it can take months, even a year. For those people he has advice.

“Don't give up, have faith that things will work out for you. They need to keep their eye on the prize, where their families are, not give up.”