Inside SDPD: A program offering a behind-the-scenes look at policing

The program is open and offered a few times a year. 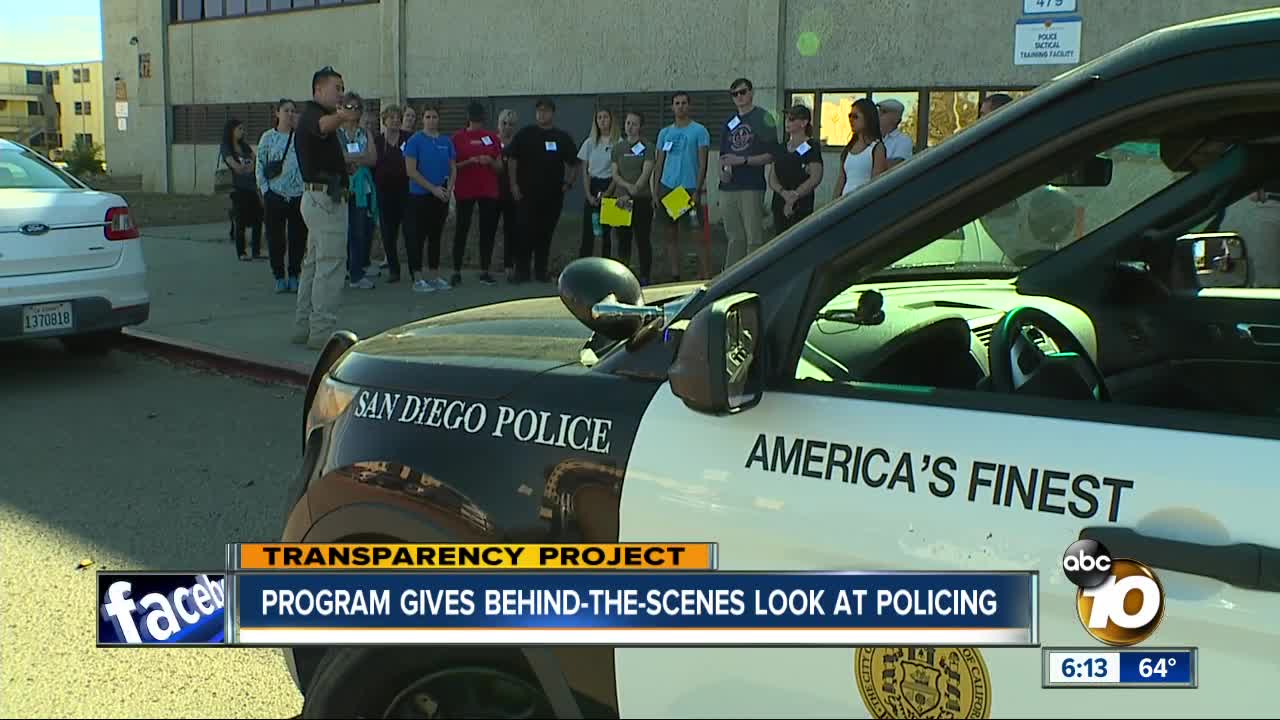 The program, Inside SDPD, held a few times a year, aims to bridge the gap between the community and local law enforcement. 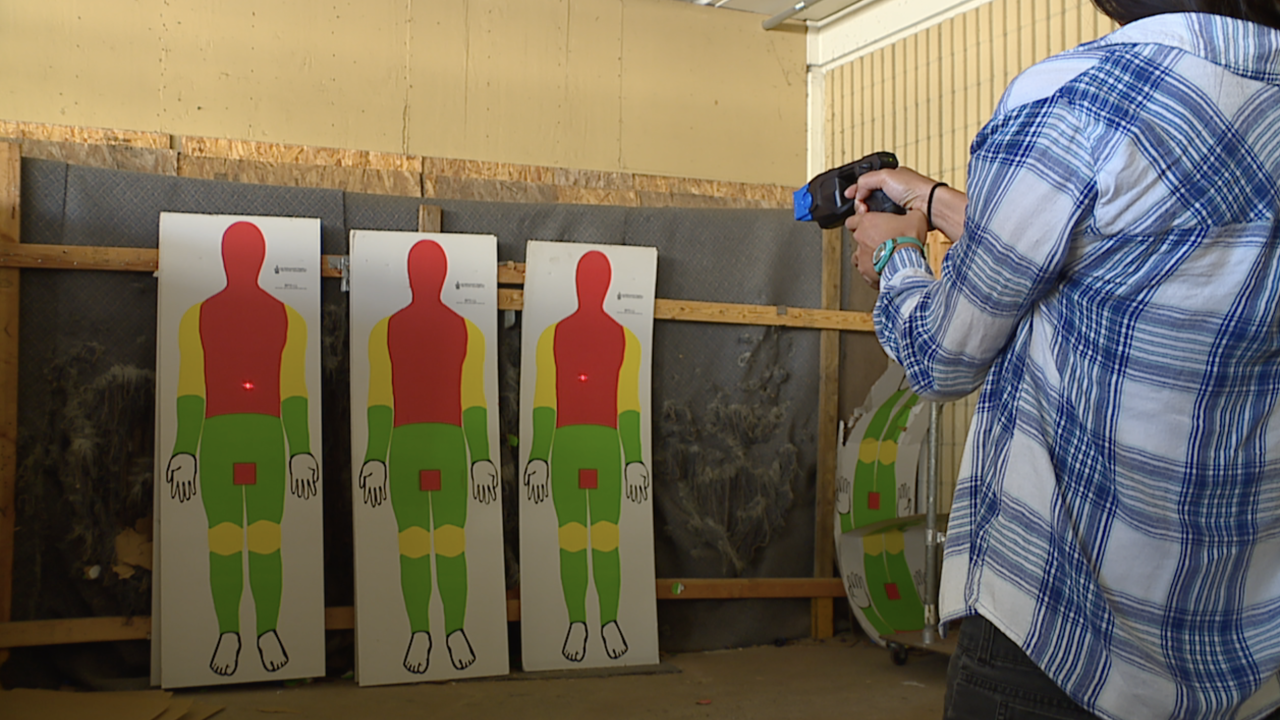 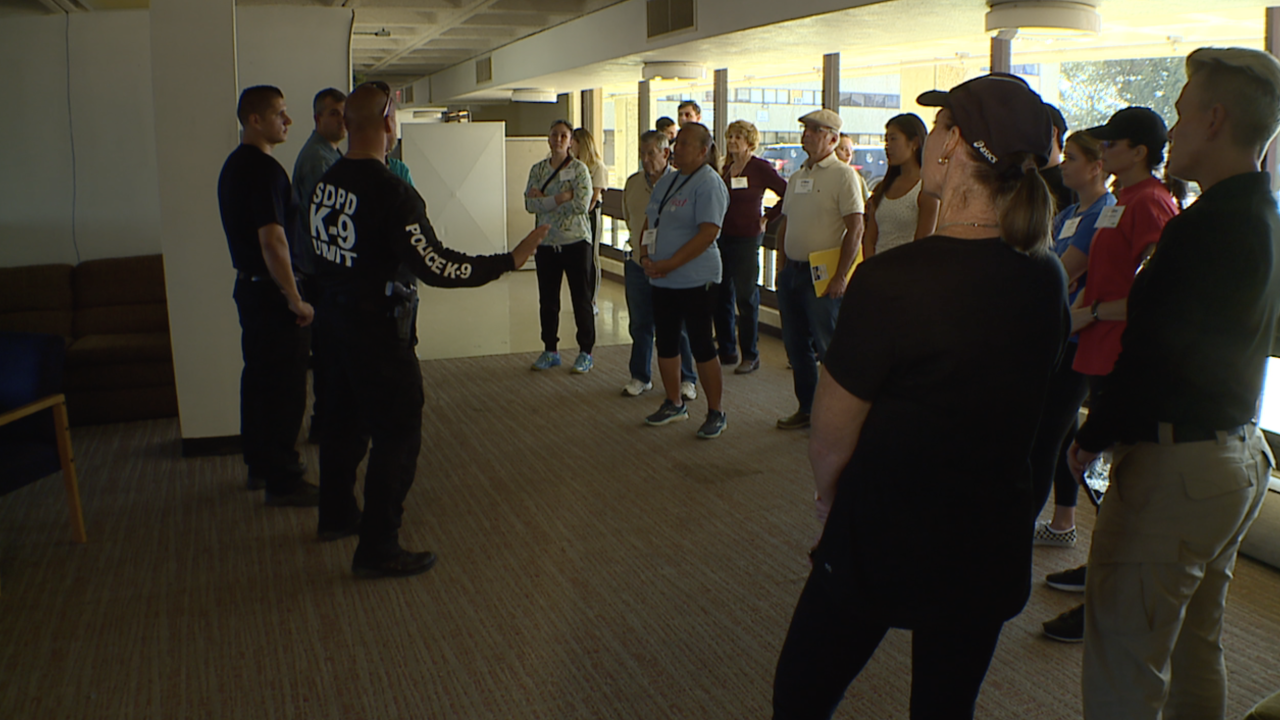 SAN DIEGO (KGTV) — It’s a chance for the community to get a behind-the-scenes look into local policing.

The program, Inside SDPD, held a few times a year, aims to bridge the gap between the community and local law enforcement.

As seen through local demonstrations against police brutality and rogue officers, there can be a divide that exists between law enforcement and the public.

“We’re not here to say we hate all police, that’s not what we’re here for. We’re here to say that law enforcement who is acting outside the bounds of justice, equality, equity… those officers need to be fired. They need to be arrested. They need to be jailed if need be,” said Yusef Miller of the Racial Justice Coalition during an October demonstration in San Diego.

There is one thing both sides agree on: wanting to build better relationships. San Diego Police see Inside SDPD as helping with that goal. It's hosted in coordination with the San Diego Police Foundation.

The program introduces participants into various aspects of policing, including Taser use, use of force simulations, traffic stops, and K9 demonstrations. The goal is to make situations as realistic as possible.

For first-time participant Helen Auerbach, it was eye-opening.

“Certainty with the body cameras and the shootings. When you see it from one angle and you see the same thing from a different angle, it’s a completely different scenario,” she said.

“You’re told it’s a simulation, but when you have the props… and the sound [is] very, very loud and you’re actually being interacted with on screen… again the world I keep saying [is] realistic. You are submerged in that situation,” Miller said.

Team 10 asked Assistant San Diego Police Chief Paul Connelly what he would say to critics of the department. “I would just say keep an open mind. We have a very difficult job to do,” he said.

In an era where community members are demanding transparency, he said the department continues to work toward that goal. “That’s something the San Diego Police Department is really striving to do. For instance, all our policies and procedures can be found on our website. And we hold events like these to invite the community out so they can see exactly how we’re trained.”

Auerbach, who found out about the event through an online neighborhood website, recommends the program.

“I really thing everyone should do this. I think every child should be exposed to this in school,” Auerbach said.

The next "Inside SDPD" event is in December, focused specifically on K9s. There is a suggested donation for the program. Each event can hold roughly 80 people.

POLICE TRANSPARENCY PROJECT DISCUSSION
Join our Facebook group for constructive conversation around these issues. If you are a community member with questions about how the police investigate themselves or have suggestions on how officer-involved shootings or police misconduct can be prevented, we welcome you to join this group and the conversation. Follow this link to join: https://www.facebook.com/groups/transparencyproject/