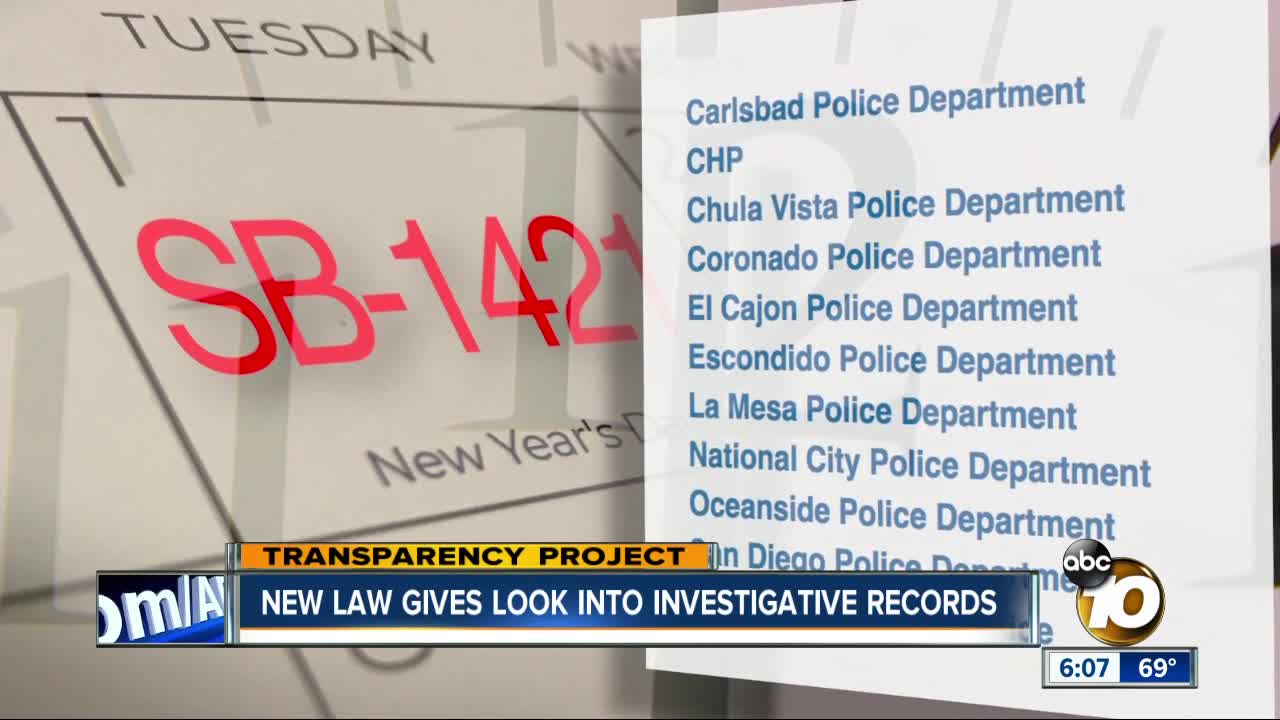 KGTV and Team10 have launched the Transparency Project to allow the public to view case files from San Diego County over the past 10 years where officer involved shootings and law enforcement misconduct cases were investigated. 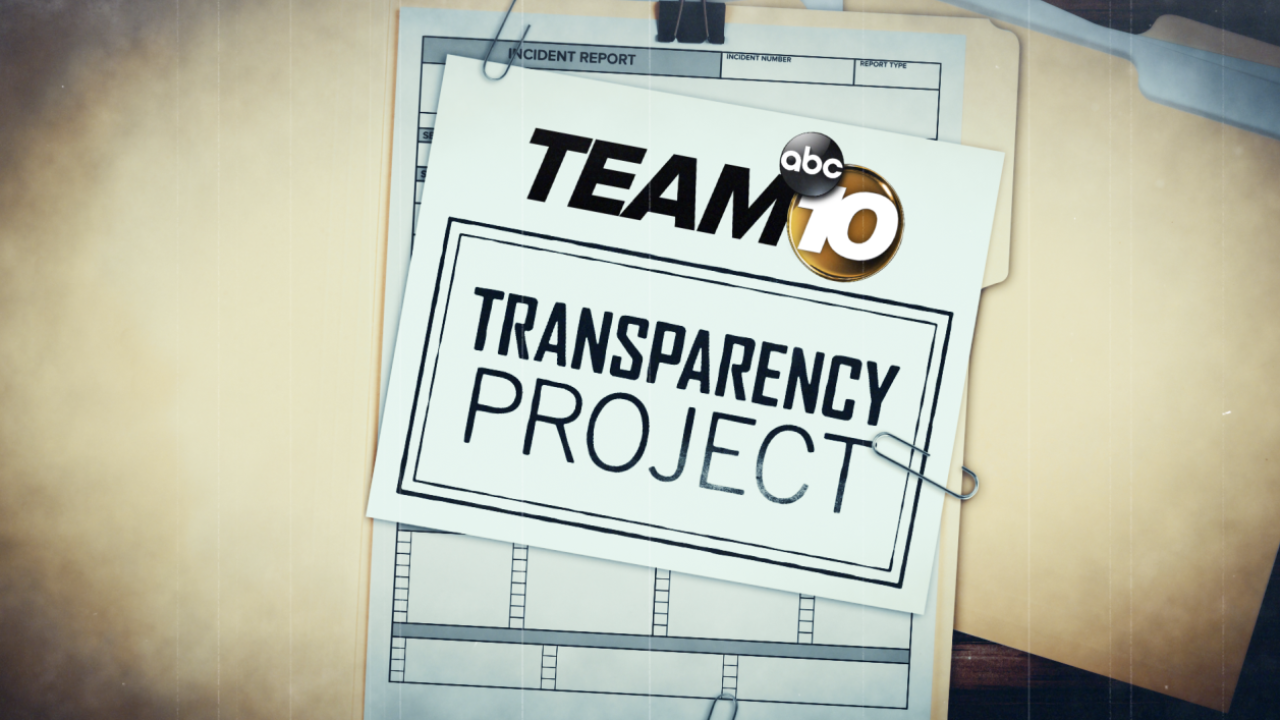 (KGTV) - KGTV and Team10 have launched the Transparency Project to allow the public to view case files from San Diego County over the past 10 years where officer involved shootings and law enforcement misconduct cases were investigated. For many of these cases, the officers were cleared of wrongdoing. Others resulted in officers being reprimanded, fired or even charged criminally --- but all of these cases resulted in community reactions.

These case files were released after Senate Bill 1421 went into effect on January 1, 2019. It requires California law enforcement agencies to make internal reports for officer-involved shootings and major uses of force, officer dishonesty and confirmed cases of sexual assault available to the public. You can view the cases that have been released by the police agencies here. The project includes a searchable database, where you can find cases by the name of the officer involved, the name of the victim/suspect, the department and much more.

This project is focusing on documents related to incidents that have occurred between 2009 and 2019. There may be some documents related to earlier cases included based on their content and those parties involved. We will be continuing to upload documents to this database as they are released. All of the information in this database has been gathered from the police reports or investigation files made public by the law enforcement organization. The information has been summarized and entered based on the following:

Some of the materials released (including photos, videos, audio files and the reports themselves) can be graphic in nature. We have added notes to files that contain content that may be disturbing or graphic in nature. Please proceed with caution when viewing these materials.

Our reporting on these cases and the investigatory process is more complete with your feedback. We encourage you to fill out this form about the Transparency Project if you see any common threads between cases, have more information about a particular case or have questions about how the law enforcement agencies investigate these cases.

This project has been supported by the Solutions Journalism Network, a nonprofit organization dedicated to rigorous and compelling reporting about responses to social problems. To learn more about their work and approach to storytelling, click here [solutionsu.solutionsjournalism.org].