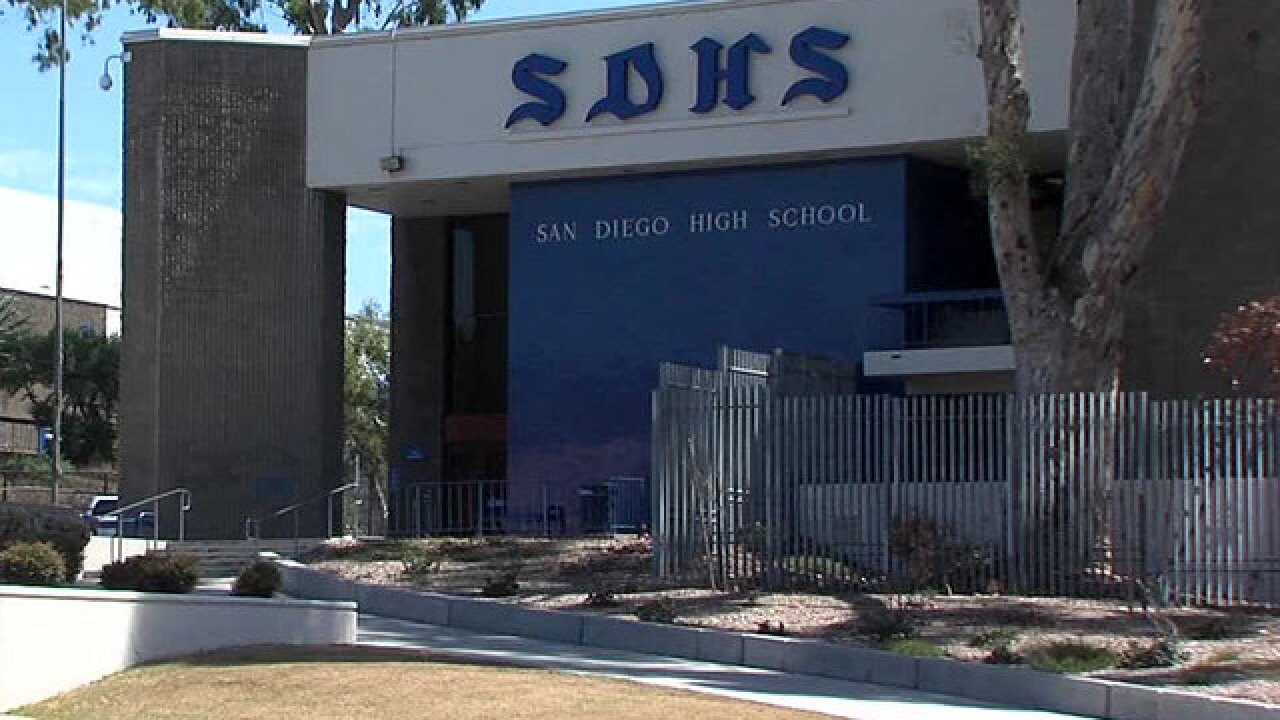 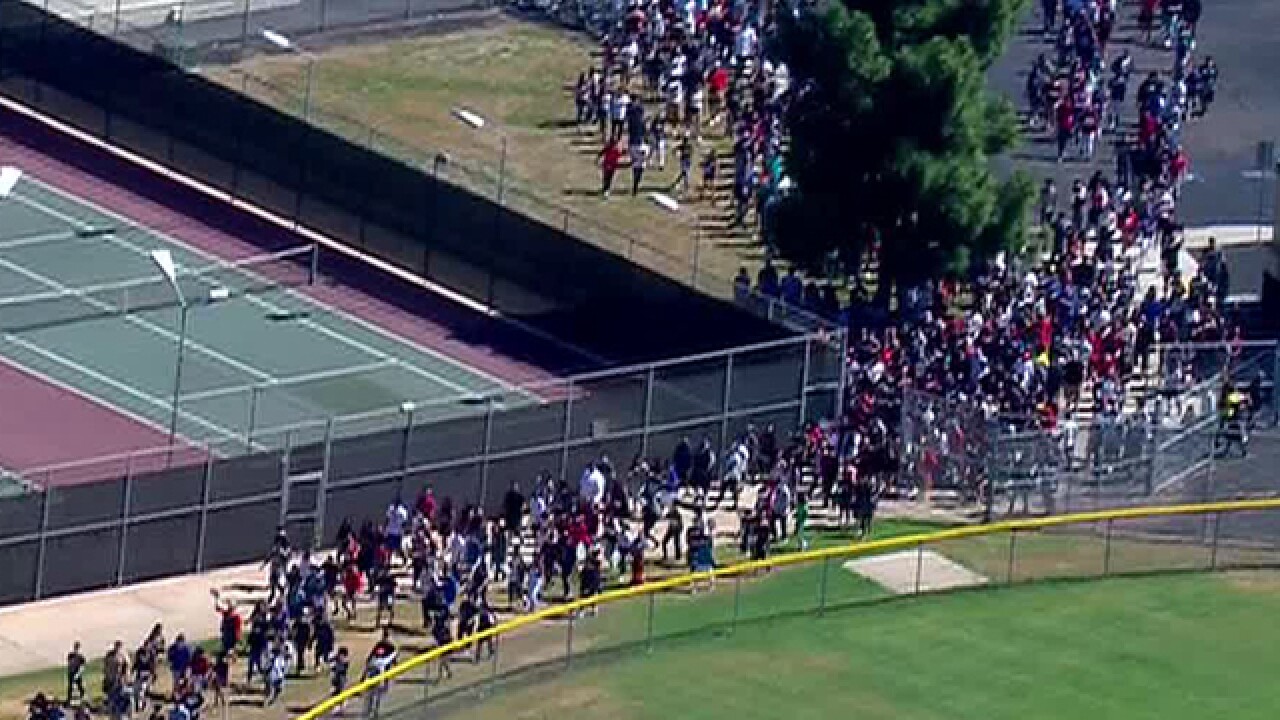 Ten San Diego-area high schools were targeted by threats of violence Thursday, prompting lockdowns and police sweeps that turned up no hazards.

Authorities said there was no immediate indication of who might be responsible for the crimes.

The first local campus to receive a menacing call was San Ysidro High, which was phoned in about 9:15 a.m. by someone who made a vaguely ominous claim that "something was going to happen" there soon, said Manny Rubio, spokesman for Sweetwater Union High School District. Officers searched the classrooms and grounds, then gave an all clear about 11 a.m., he said.

Most of the calls were received within a roughly 20-minute period, and several others occurred later in the morning, according to Kroemer.

Administrators put the campuses on lockdown while San Diego police conducted sweeps. District officials advised parents that there was no need to go to any of the campuses to pick up students.

"My grandson texted me: 'Nana, we're on lockdown. I love you. I love you," said Lucy Banuelos, choking back tears. Her grandson attends San Diego High School.

Syntche Eshan, whose freshman son was inside, told 10News, "What made me nervous is he's in there, and I'm out here, and I want him with me."

The searches were complete and all the lockdowns lifted by early afternoon. Kroemer said. There were no reports of anything out of the ordinary being found at any of the schools.

Students were to be let out of classes at the usual times, the spokeswoman said.

"I wanted to leave. It was scary. Fake threats -- they all need to stop. We have important things we're doing and we don't have time to play around like this," said high school student Denavian Louis.

San Diego Unified police planned to have extra patrols at the 10 schools Friday.