This is San Diego's plan to become more bike-friendly

SAN DIEGO -- As part of an initiative aimed at expanding San Diego's regional bike network, SANDAG has released a map of bikeways throughout the county.

The plan, known as GO by BIKE, proposes a bike system of interconnected corridors, support facilities and programs that make biking a convenient form of travel.

The plan proposes a network of bike corridors that will allow residents to bike on more direct routes within and between major destinations and activity centers.

To promote the infrastructure, SANDAG is putting on Bike to Work Day, which will take place on Thursday, May 17.

The plan also has a $200 million early action program. The program comprises roughly 40 projects totaling about 77 miles of new bikeways designed to enhance neighborhood connections to schools, shopping and parks as well as transit stations.

Click on the map below to see a 2018 map of bike paths in San Diego County: 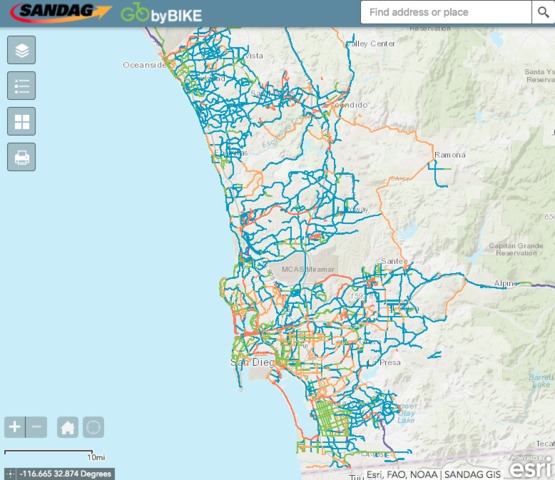