These are the California cities with the highest DUI fatalities

SACRAMENTO (KGTV) -- California ranks 37th in the nation for DUI fatalities and some cities have a DUI fatality rate two times higher than the state average, according to a new study.

According to the study by ValuePenguin.com, mid-sized cities in The Golden State pose the largest risk.

The study shows that several mid-sized cities, Barstow, Desert Hot Springs and San Pablo had an average of more than 10 DUI-related fatalities per 100,000 residents in recent years, or more than 10 times the state average.

The study also found that five California cities, Vista, Hemet, Delano, Murrieta and Pittsburg saw DUI fatalities increase between 140 to 700 percent between 2012 and 2017.

See the chart below for the complete list of cities with the highest DUI fatalities: 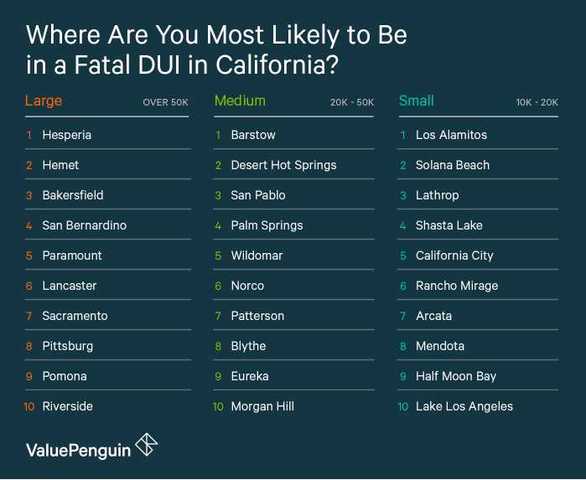