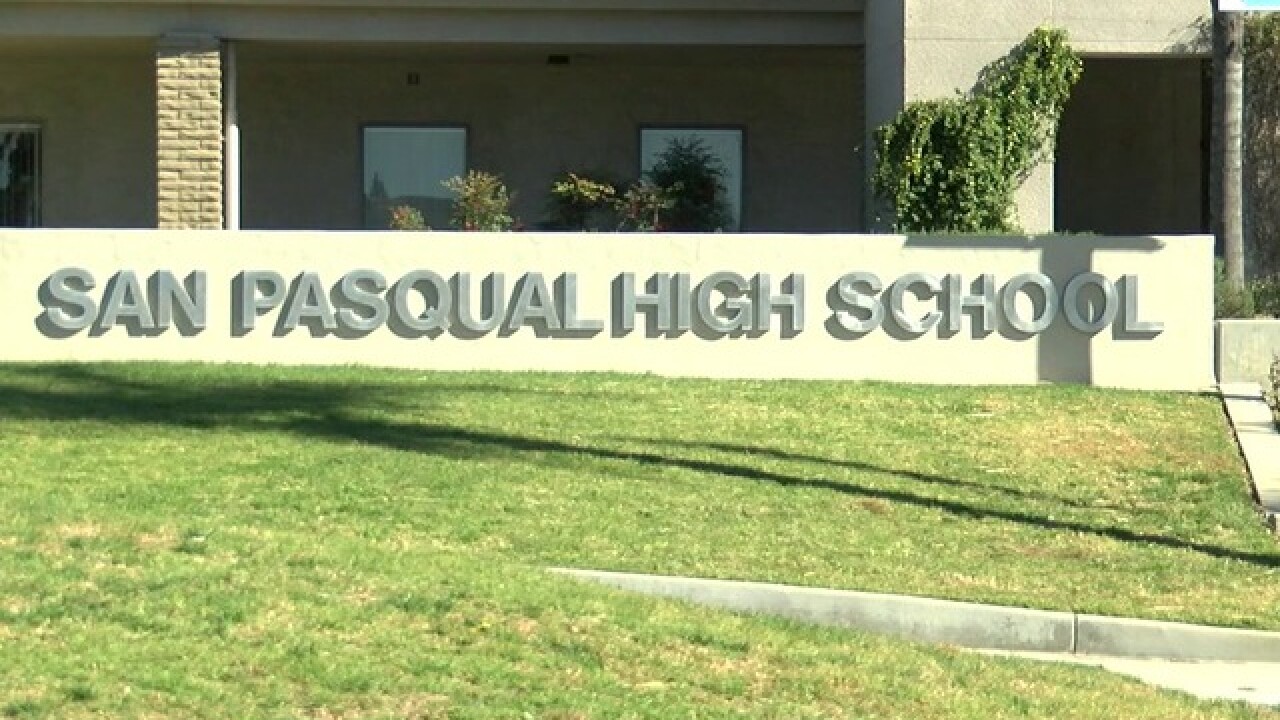 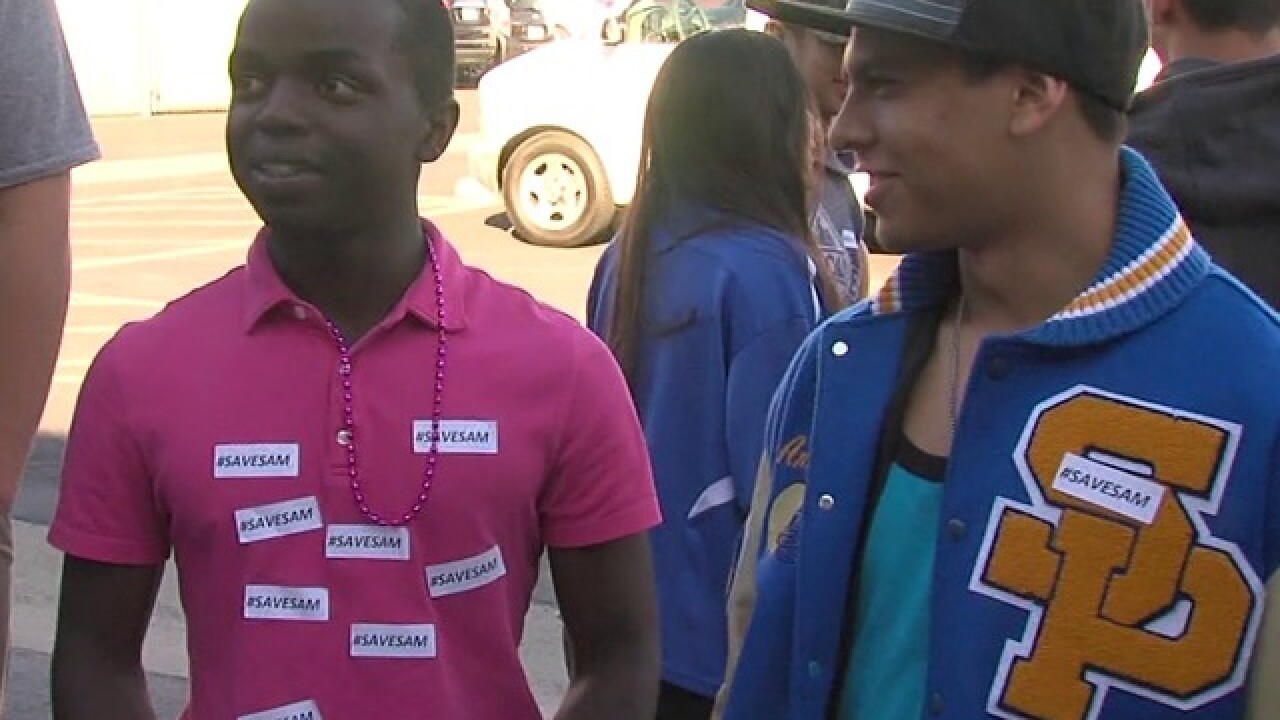 ESCONDIDO -- Two Escondido teens will be allowed to return to school after they were suspended for having knives in their trucks on campus.

The teens made their case to a panel Friday for why they shouldn't be expelled from their high school.

The hearing panel cleared both teens, according to a family friend. They will be allowed to return to school on Wednesday.

According to Escondido police, on Jan. 27, knives were found in trucks belonging to 18-year-old Brandon Cappelletti and 16-year-old Sam Serrato, student at San Pasqual High. A school contracted detection dog discovered the knives in each of their trucks during a surprise search.
Cappelletti had three illegal knives in his truck, Serrato had one. Under state law, it is illegal to bring knives longer than 2 ½ inches onto school property.
Cappelletti told Escondido police the knives were accidentally left in his truck following a family fishing trip over the weekend. Serrato told police he had purchased the 3 ½ inch locking blade about a week-and-a-half prior for personal protection. He said he kept the knife in his parked truck every day since purchasing it.
Escondido police determined the two should be charged with a misdemeanor count of bringing knives on school property. Serrato’s case should be referred to the Juvenile Diversion program.  Cappelletti was issued a misdemeanor citation, which he said could keep him out of the Marines.
Both students have received support from hundreds of others who think their treatment is unfair.
"Maybe he can have a punishment, but expelled? That's too much," said Serrato's friend, Micky Edwards. "He's got scholarships, he's really good at football - that's his life. He said it himself - he doesn't play sports in college, he's not going to go to college."

"They should take it case by case by person, situation by situation but they failed to do that,” Serrato’s mother told 10News. “They're just treating him like a criminal same as across the board."
Serrato’s mother says her son is an honor student and a three-sport athlete.
Serrato's friends showed up at the Escondido Union School District offices Friday morning to support the student. They wore #SAVESAM stickers and wanted to let the people making the decision know that Serrato is a good kid who should be let back into school.
The boy and his family walked in amid a chorus of cheers and clapping.

"I just think that if people knew him and listened to him and got a little bit of who he is, then this could have changed," said Shelby Arroyo, a junior at San Pasqual High School.
"These kids, it could change their lives dramatically," said Tony Corley, a football coach at San Pasqual High School. "And that's what we're hoping, is that it doesn't change their lives. We can learn from this. Maybe we can change some procedures and maybe we can move on and improve things. And these kids can go back to being good kids and contributing to society."
"I kind of feel more safe with people like Sam on our campus," Corley added. "I don't think there's any way he'd be a threat. He made a mistake. And there was a law and a rule... but I don't think it was intent in any way. Like I said, Sam's going to be a contributing member of society."
Cappelletti's attorney, David White, said his client was just as innocent.
"This guy would not hurt anyone," White said. "He's not a danger."
"I'm excited to go and finish my high school," Cappelletti said. "And hopefully after all of this, hopefully report to the Marine Corps and serve this country."
Both hearings took all day Friday.
Scripps Only Content 2015