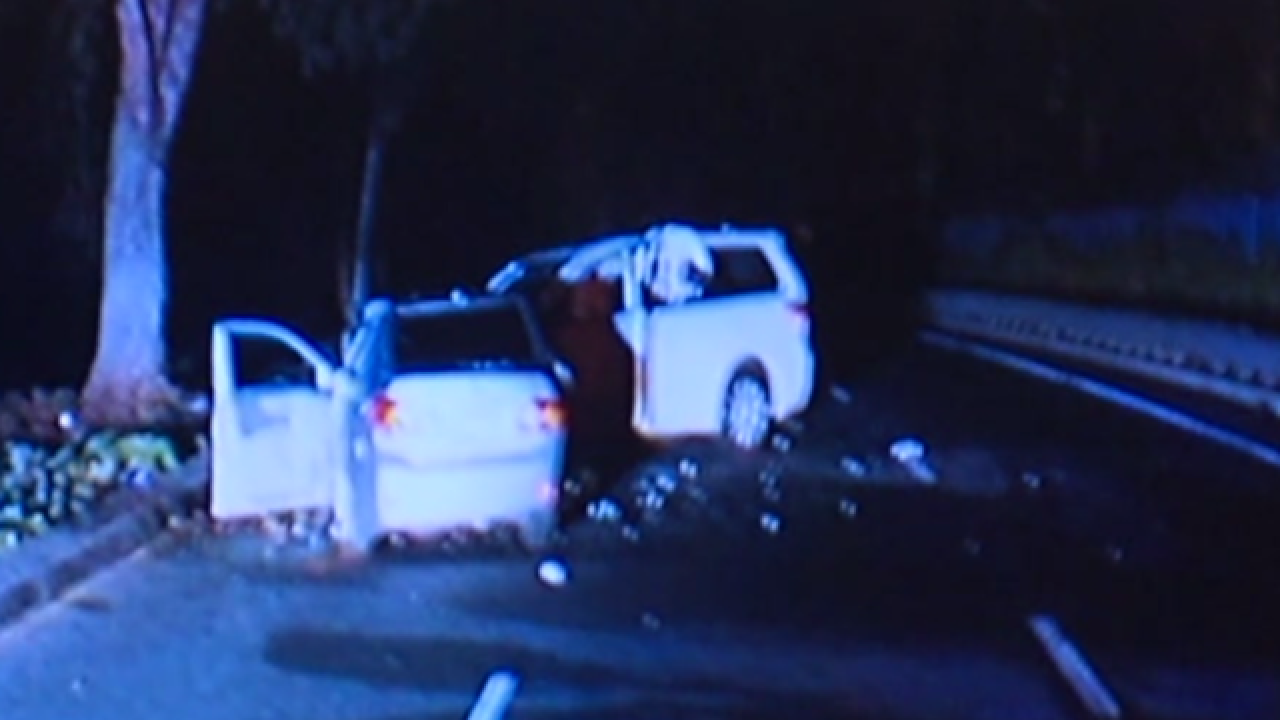 Alexandria Bayne turned her face toward the wall, hiding her emotion as her estranged husband testified about her actions as a mother.

She's charged with murder in the wake of a wrong-way, head-on crash last December that killed Sarita Shakya, a nurse at Scripps Hospital and mother of a four-year-old daughter.

The prosecutor said Bayne's blood alcohol level was between .31 and .34--about four times the legal limit.

She has two prior DUIs but her driver's license was valid at the time of that crash in 4S Ranch.

She recalled a moment earlier that day when her younger brothers were arguing and she went looking for mom.

"She told me she found her mother falling asleep, described it as almost passed out on the bed."

Later she told of the family going to lunch; she left for a moment to get a jacket.

"When she came back in, her mother had a glass of champagne at the table."

"And how many glasses of champagne did she see her drink?"

"Two or three before the end of the meal."

McBreaty said the girl also told him, "She said her mother drinks daily; described her alcohol consumption as 'a lot' and frequently, when she goes to bed, takes a class or even a bottle of wine into the room with her."

Judge Frederick Maguire will decide if Bayne is to stand trial. If convicted she faces 25 years to life in prison. Bail is $3 million.