Who should pay to fix Carlsbad's costly damaged land, senior citizens or the city? 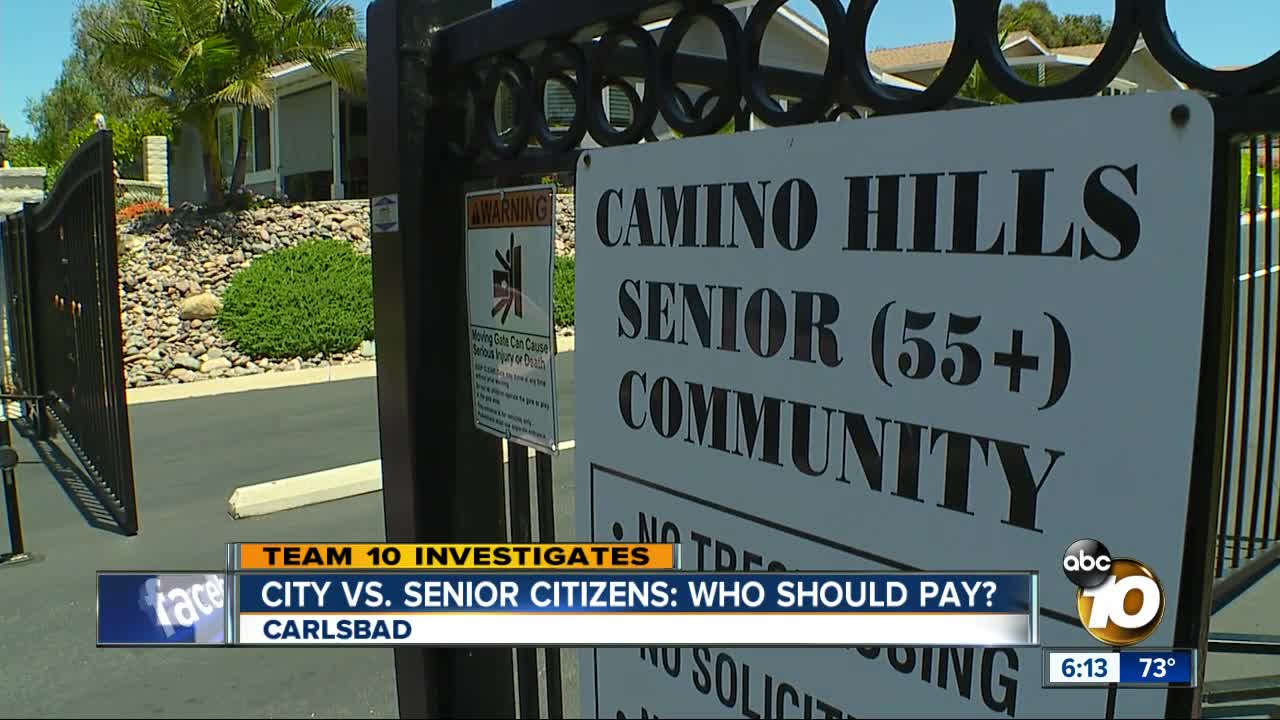 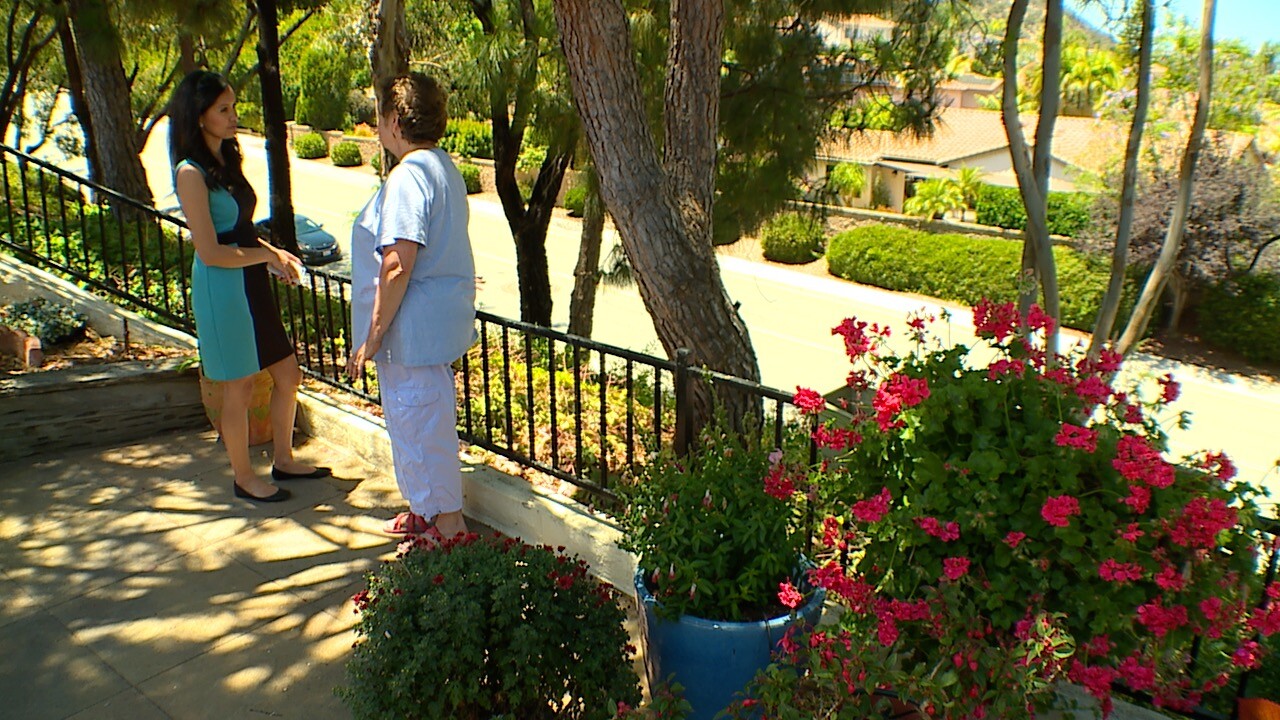 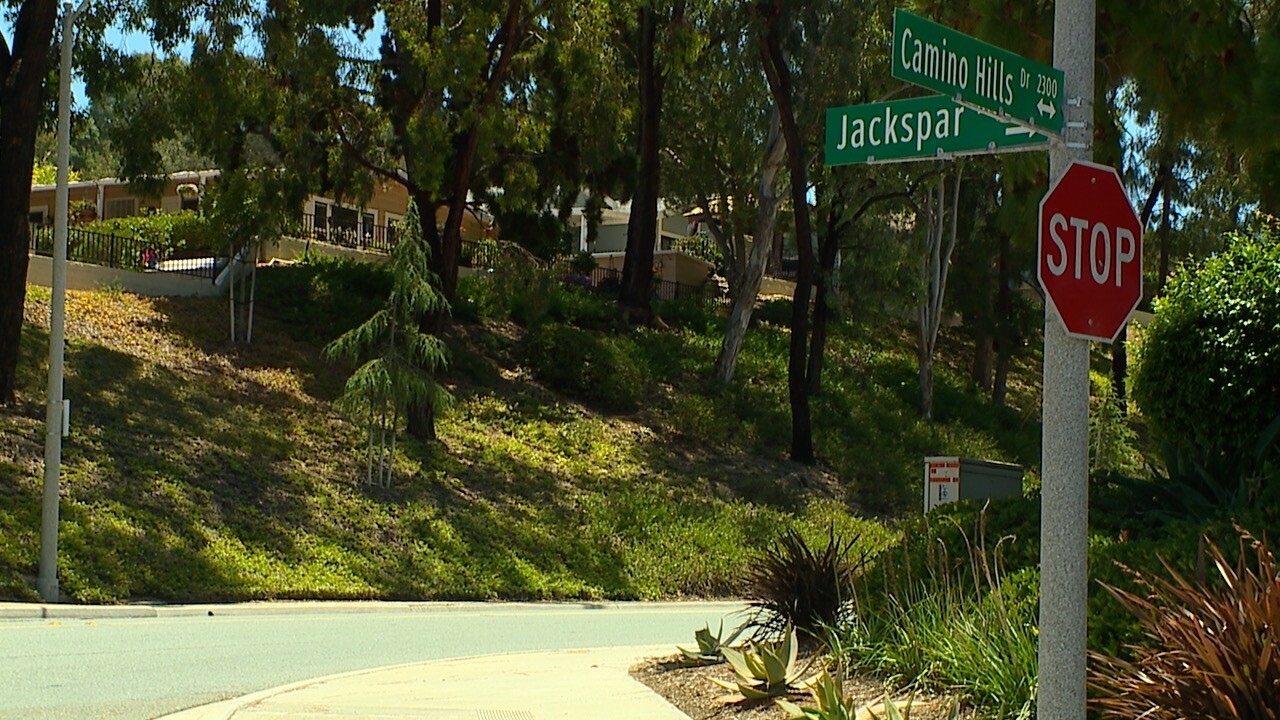 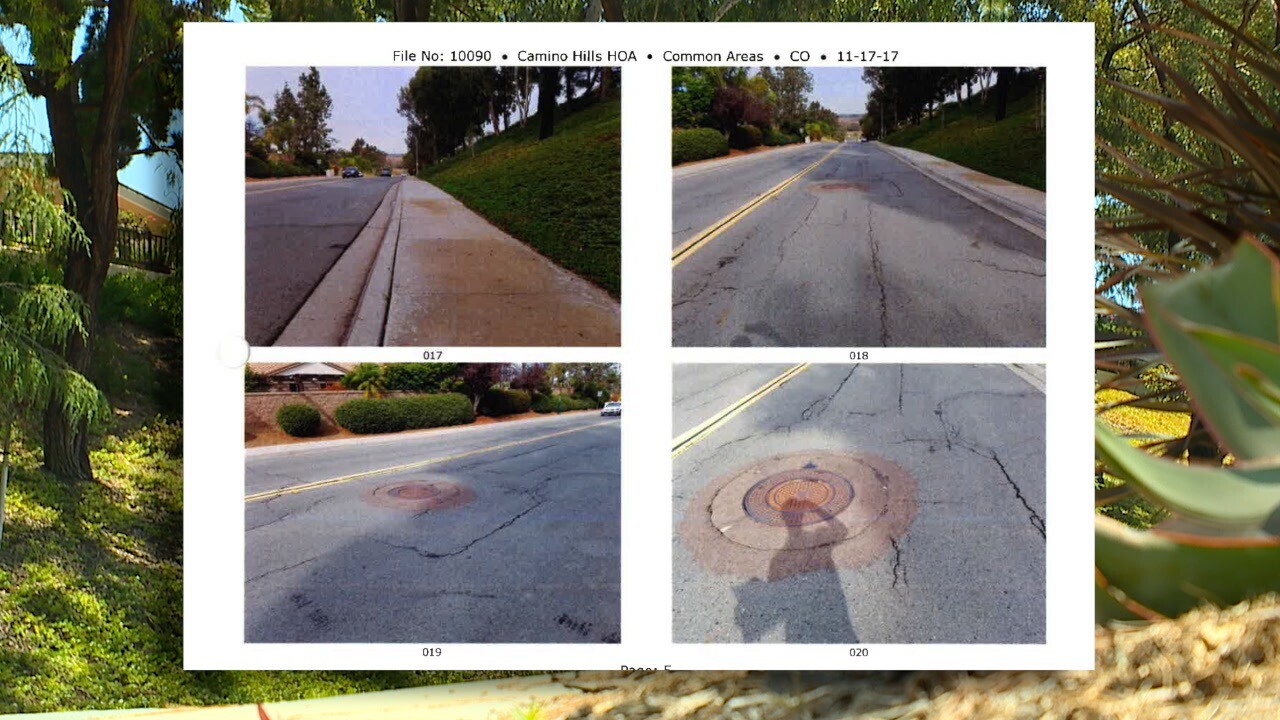 CARLSBAD (KGTV) -- A slope in Carlsbad is moving, affecting a senior community on top of it. The question of who is responsible for paying to fix it has the City of Carlsbad battling with those who live in Camino Hills.

“It’s been a tremendously stressful experience for everyone,” said Mike Perry, who has lived in Camino Hills since 2001.

Joe Matthews has called the Camino Hills community his home for about 19 years. “We have lunch out here, sometimes dinner,” Matthews said, as he showed Team 10 the front patio area where he relaxes with his wife. “The grandkids come visit.”

What he did not know was something was going on beneath the surface. “It came as a real surprise,” Matthews said.

According to court documents filed by the Camino Hills Homeowners Association in 2018, the City of Carlsbad noticed damage to the pavement and sidewalk right by Camino Hills Drive back in 2007.

In January 2009, a geotechnical firm placed devices in the slope to track the movement. There was more slope movement detected during the El Niño rainstorms from 2016 and 2017.

To fix the issue, it could cost anywhere from $200,000 to about $1 million, according to Elizabeth French. French represents the Camino Hills Homeowners Association. She said the city did not fix the problem properly in the first place.

“The city actually knew that there was an ancient landslide at this location and rather than make the developer make a more expensive repair, they allowed the developer to put in a subsurface buttress made of soil, but in recognition that that wasn’t the best repair,” French said.

“There’s nothing in this association’s government documents alerting any of the prospective purchasers that there’s this enormous liability out there, that they could be tasked with addressing down the road and that kind of notice is required in the law,” French said.

“This is it. This is where I’m going to be until they carry me out of here,” Stout said.

However, if residents are forced to pay for street repairs, she would have to sell.

“I would be one of the ones that would have to leave and that would make me very sad,” Stout said.

Nobody with the City of Carlsbad would agree to an on-camera interview. In a statement:

“The City of Carlsbad understands the concerns of Camino Hills residents. We also have an obligation to follow the law, which requires property owners to maintain their own land in a “nuisance free” condition.

In 2010 the city conducted a taxpayer funded study to identify the extent of the problem and what it would take to address it. We then put money in the budget in 2011 so the city could step in to complete the stabilization if that were needed in an emergency.

At the same time, we notified the Camino Hills HOA of its legal obligation and offered options for them to finance the improvements. This correspondence and the HOA’s responses are all a public record and available for those who would like more detailed information about the history of this situation (they are attached to this email).

In 2017 the slope issue became more urgent with the heavy rains. For that reason, we again followed up with the HOA and ultimately issued citations.

Again, we understand that this situation is difficult for the property owners and remain open to discussing the issue with their representatives.”

Team 10 questioned the city about thousands of dollars allocated to the slope stabilization at Camino Hills Drive. In the “FY 2017-2018 to FY 2013-32 Capital Improvement Program” budget, there was more than $850,000 set aside for the project.

The spokesperson said the money was set aside “if the city needs to complete the stabilization, either due to an emergency (based on ongoing monitoring data) or if the HOA fails to stabilize the slope in response to upheld city citations.” The HOA, however, would still be responsible for the cost.

“We’ve paid our dues to the city and I think they’re being grossly unfair,” Perry said.

French also showed Team 10 emails from 2011, which she said shows the City of Carlsbad was taking responsibility. The email between a former HOA board member and a then-employee of the City of Carlsbad showed a potential plan to fix it--and an estimated "cost to the City" of half a million dollars.

When I questioned the city about it, a spokesperson emailed saying they "studied the slope" over the years. However, they maintain this "remains the HOA's responsibility, which is why they have not moved forward with any work.

At a time when these are supposed to be the golden years, the residents are instead filled with worry.

“For a lot of homeowners, they probably would have to sell because they couldn’t afford to stay here. They’d be really close to bankruptcy,” Matthews said.

The HOA initially appealed the citations given to them by the city. After the HOA filed the Writ of Mandate in 2018 in San Diego Superior Court, the judge ruled the HOA was “denied a fair hearing” and that the HOA was entitled to another administrative hearing—which is similar to a trial you go through with the city. The HOA is still waiting for that opportunity.