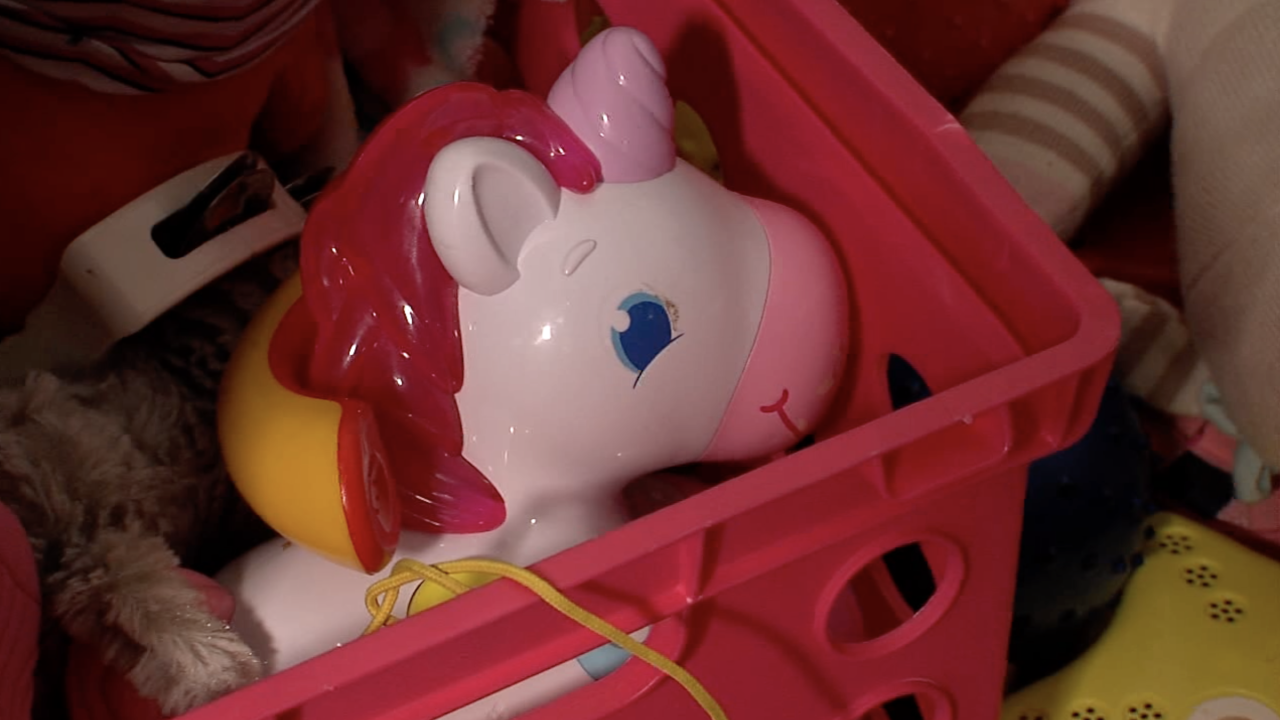 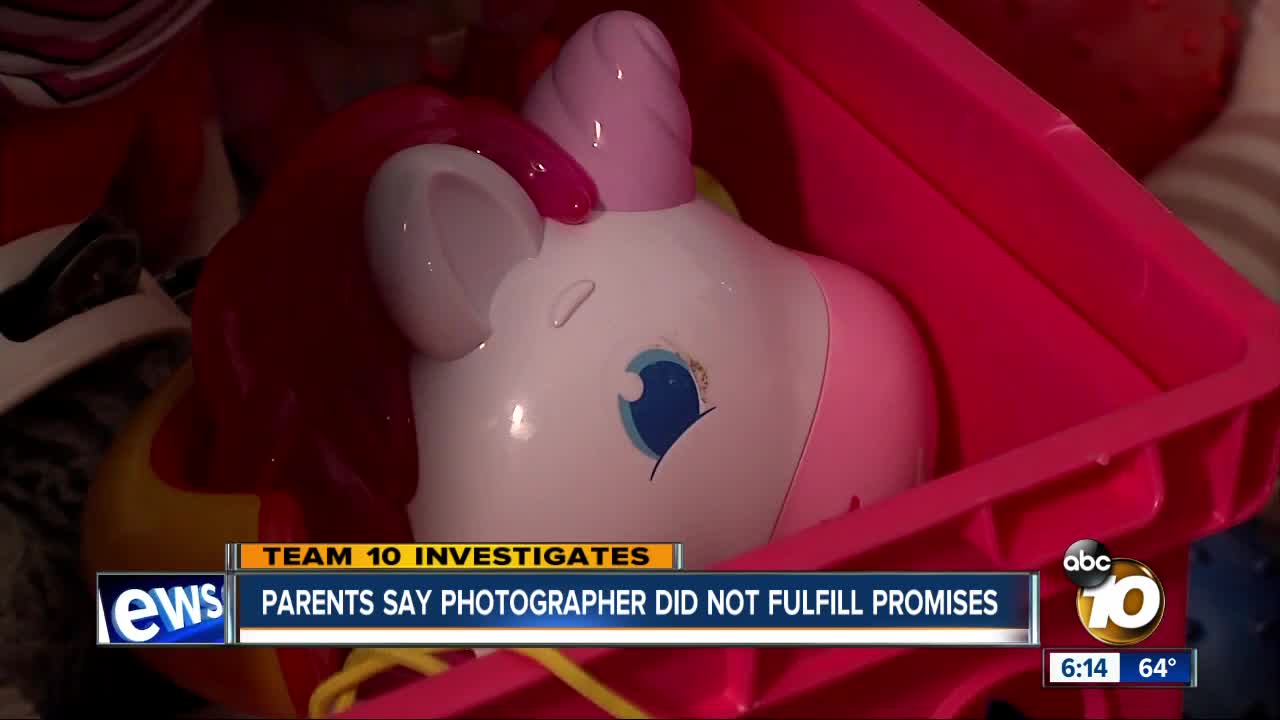 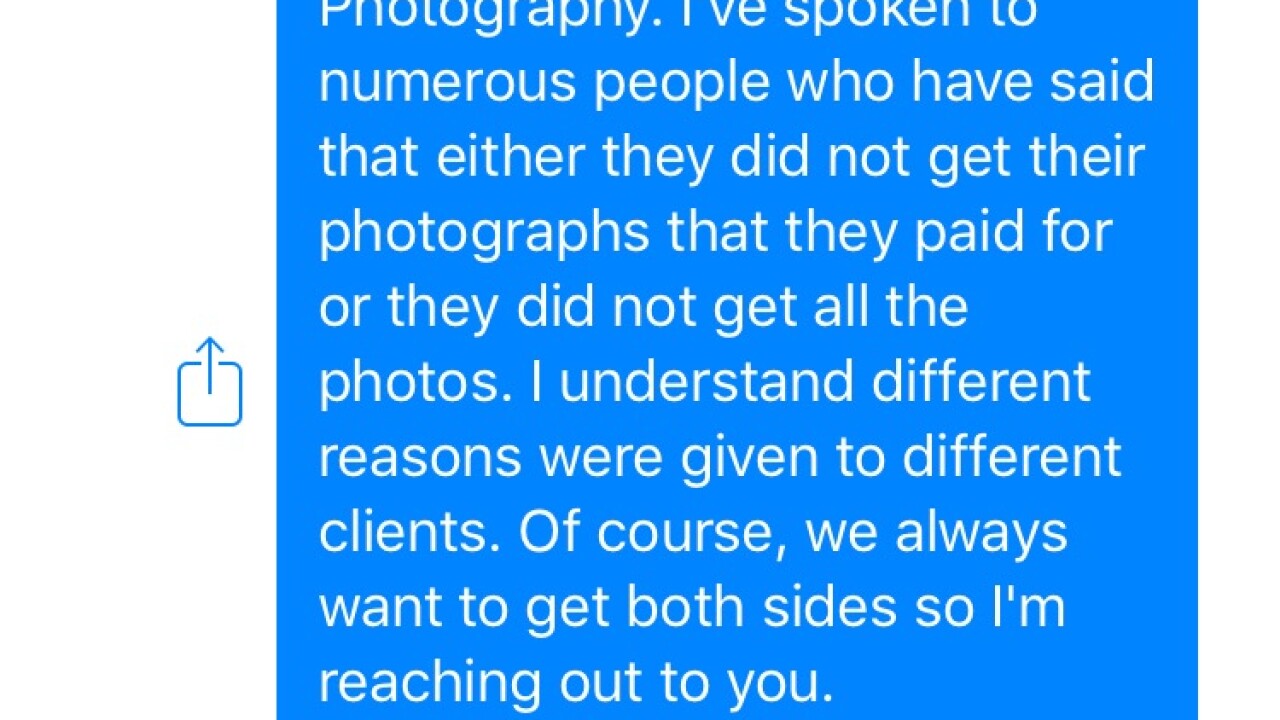 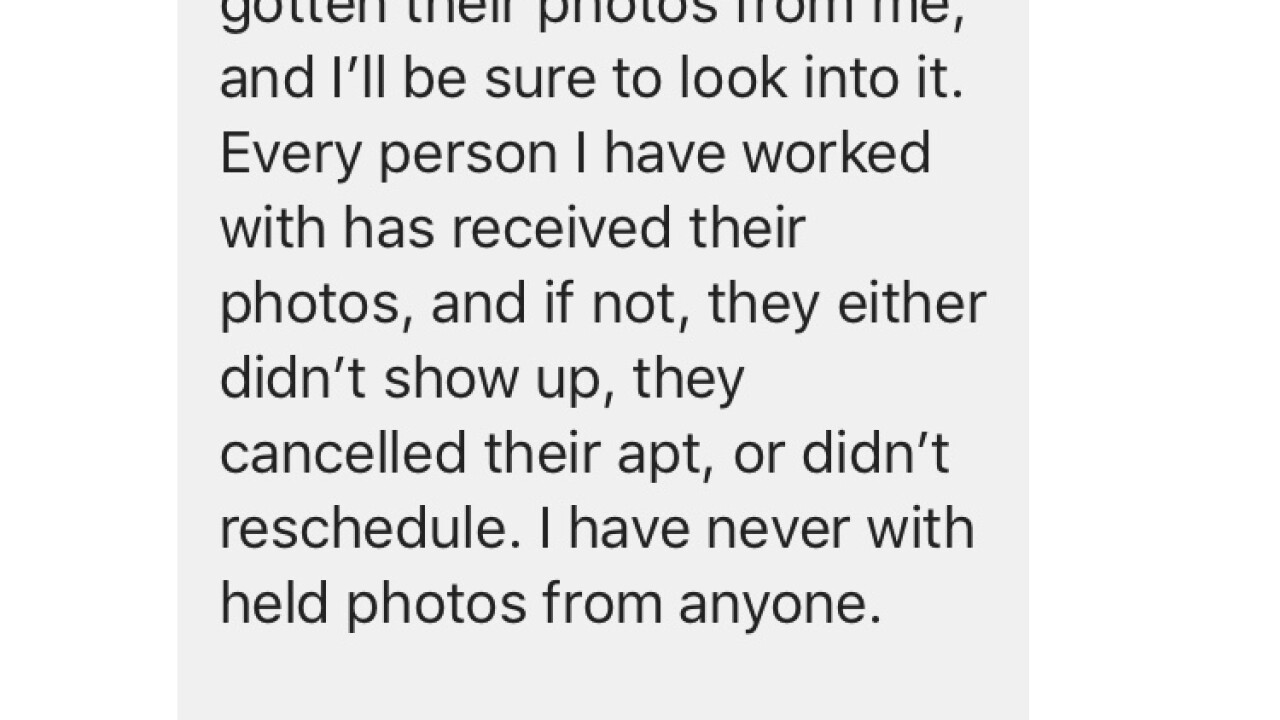 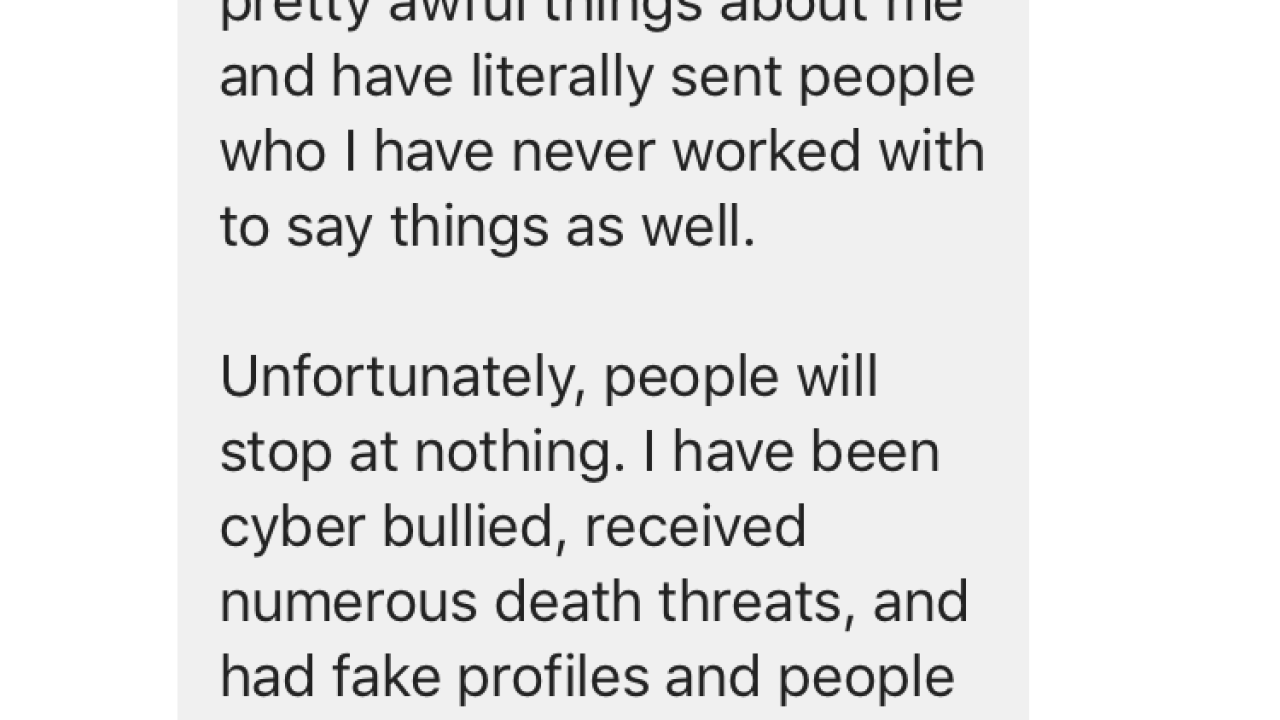 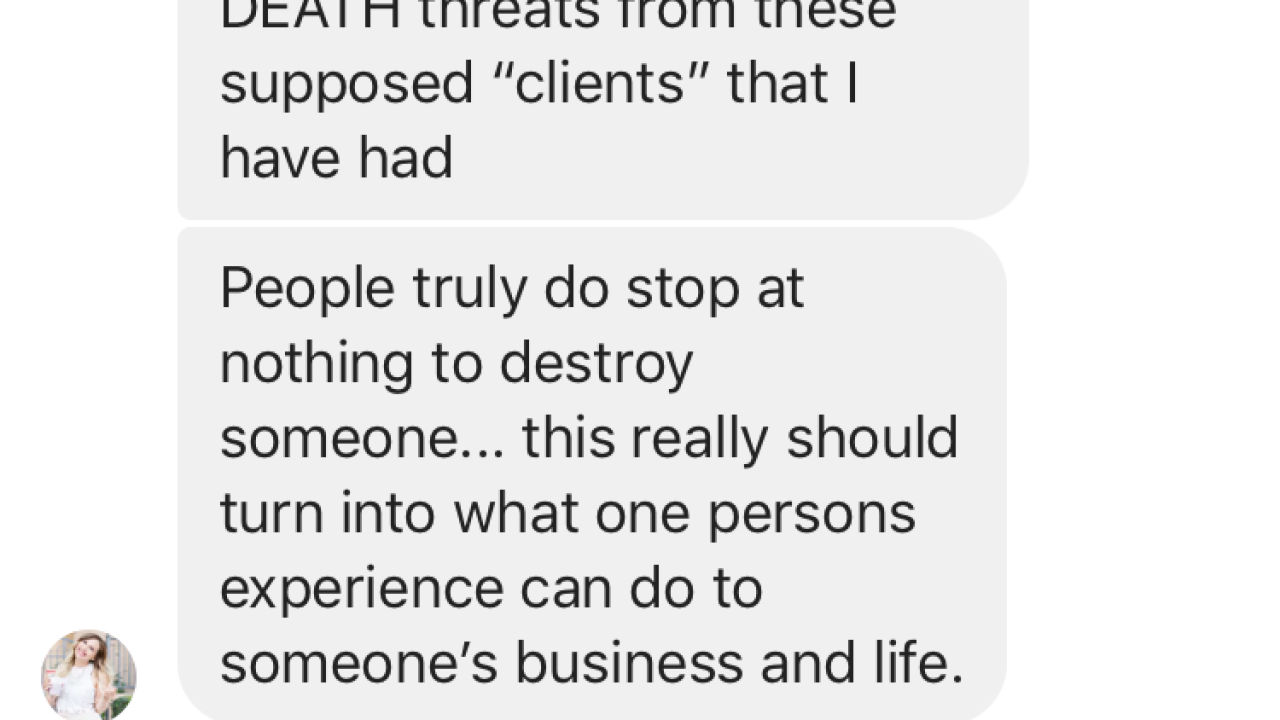 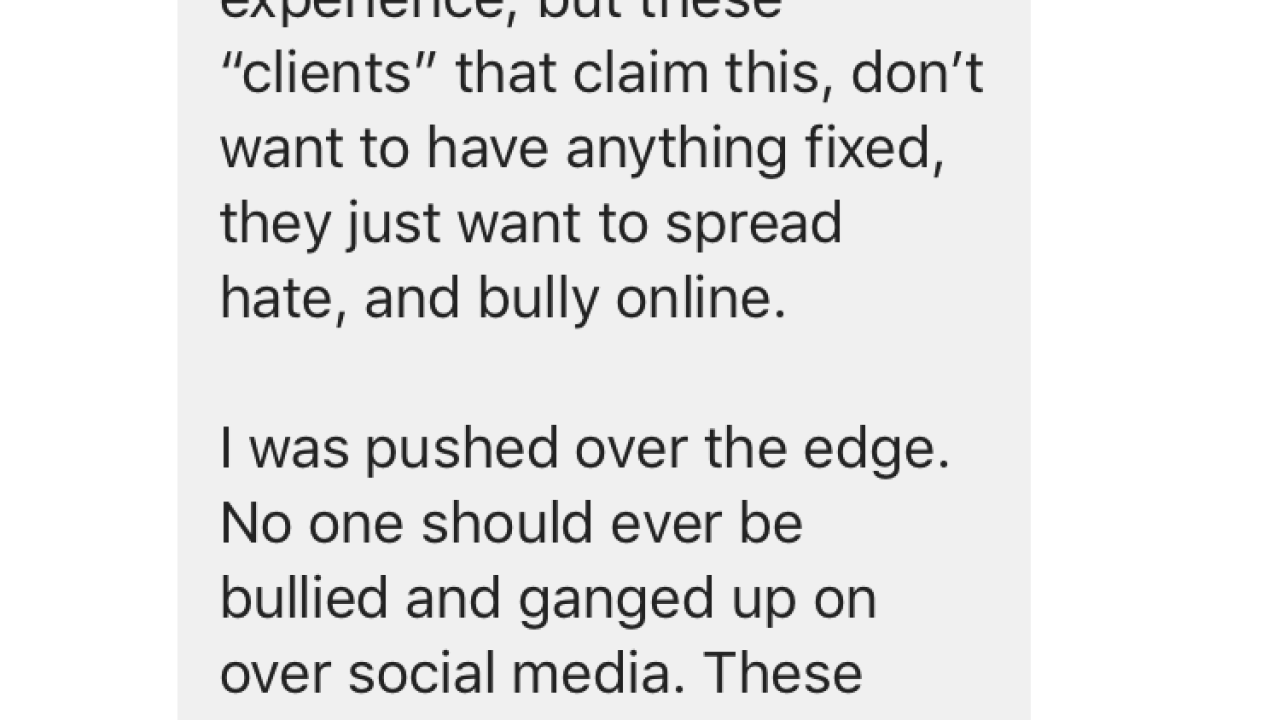 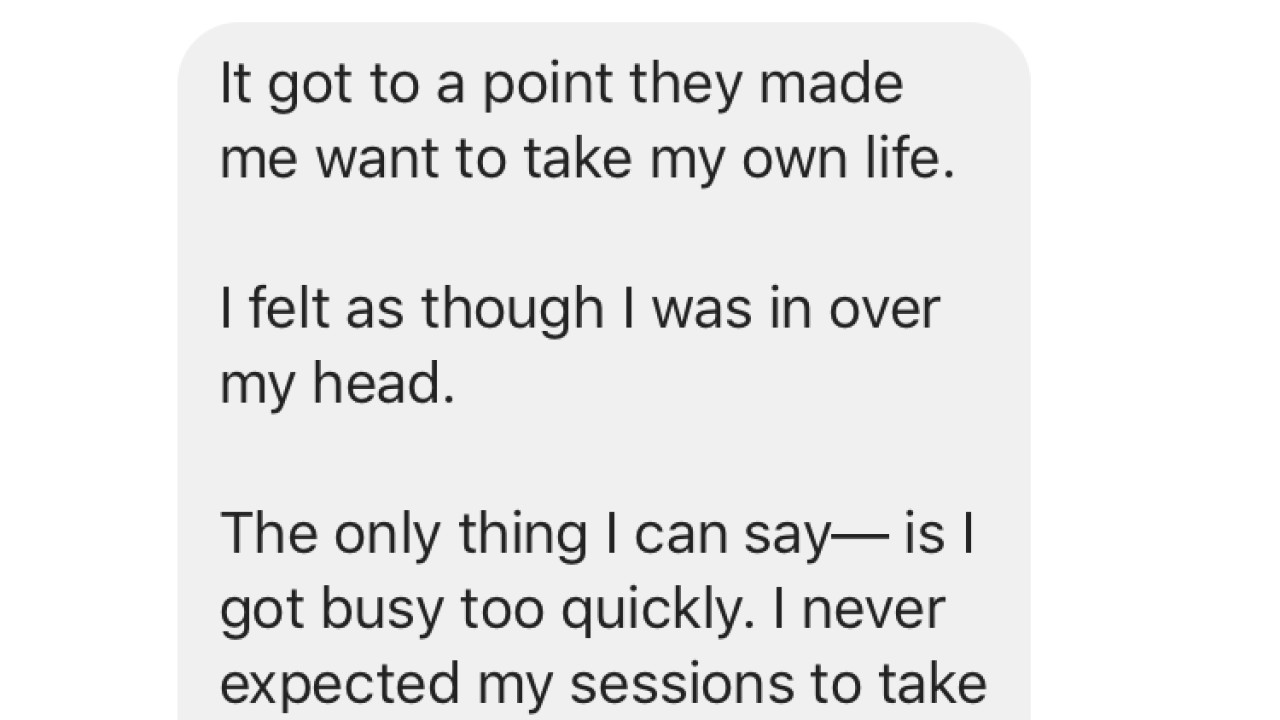 Instead, numerous parents told Team 10 they did not get what they paid for.

Connie Guzman is one of those parents. When she saw a chance for a unicorn photo shoot for her only child Amelia, she was in.

She said she paid a $49 deposit through Venmo, with the total being $249 to Elle Alexandra Photography. The photo shoot took place on September 22.

“My album was never posted, so then I emailed her. I waited about a week. No response,” Guzman said during Team 10’s interview on October 24th.

Guzman said she did not get her photos in time for her daughter’s birthday. According to the agreement sent by Elle Alexandra Photography, pictures would be received within 21 days.

The agreement Guzman showed Team 10 said: “Please allow up to 21 days for the final photos to be delivered to you. If your child has a birthday or needs a rush order for their photos, we will do our best to accommodate you. Just let us know what the special day is and we’ll work on getting them to you by that date!”

“Very disappointed,” Guzman said. “That’s what we always want for our daughters—to give them those happy moments and those memories and I just really felt like she took those memories away.”

Elle Alexandra Photography’s website said it is based out of Temecula. The clients said the photographer was Lesa Childress, who worked with her sister, Kayla.

Another parent found herself in a similar situation as Guzman. Nish, who declined to use her last name, said she waited for her photos after her daughter’s unicorn photo shoot on July 28th. At first, the photographer said she already emailed them.

“I’m like, looking through the spam… no, I don’t have anything,” Nish said.

Then, she got a different story.

“[She said] something went terribly wrong and we lost your baby pictures,” Nish said. She was told the photos were lost while evacuating the Holy Fire in Orange and Riverside Counties earlier this summer.

“She said she was in a hurry to evacuate and then she just disconnected everything, unplugged everything,” Nish said.

Nish said Elle Alexandra Photography offered a re-shoot on August 26th, but the photographer never showed up. She said she finally got a partial refund on September 8th and some photos, but not the ones she paid for.

Those were the solo shots of her daughter on the unicorn.

“It just makes me so angry that there’s someone out there that’s taking advantage of these moms that work so hard and love their children,” said San Diego mother, Kerra Alimbuyao.

She paid a $40 deposit for her two daughters, but after seeing negative reviews, she contacted the company to cancel. She said she did this just a couple hours after she booked it.

“She was refusing to give me my money back,” Alimbuyao said. She said there was no mention of a non-refundable deposit.

In all, Team 10 spoke to six people who had issues with Elle Alexandra Photography. One mom, in an email, said it was “one excuse after another” as to why she did not get pictures in time.

A vendor and a separate photographer also said they did not get paid for helping with the photography business and that Lesa Childress owes the money.

Team 10 reached Childress through Facebook Messenger. She sent several long messages explaining her side of the story. Childress said every person she worked with received their photos, “and if not, they either didn’t show up, they canceled their [appointment], or didn’t reschedule.”

When asked about Connie Guzman, she first wrote: “that name doesn’t ring a bell.” She later said Guzman received her photos last month and showed screenshots to prove it.

Guzman said that is not true. She found her photos were available on the website accessible to customers only after Team 10 got involved.

Childress admitted she “got busy too quickly” and was “in over [her] head.”

“I was not prepared to take on a hundred clients with just myself,” Childress wrote.

However, she claimed she is the victim with people attacking her online when their photos were not ready on time. She said while photos sometimes went out late, “they always went out.” Childress said she has shut down her business.

Local moms said they want to warn others, so a similar situation does not happen to others.
“Definitely do your research,” Guzman said.

“People will target families right now, and they know that people love their kids and will do anything for their kids,” Alimbuyao added. “I think that’s the tool that she used.”