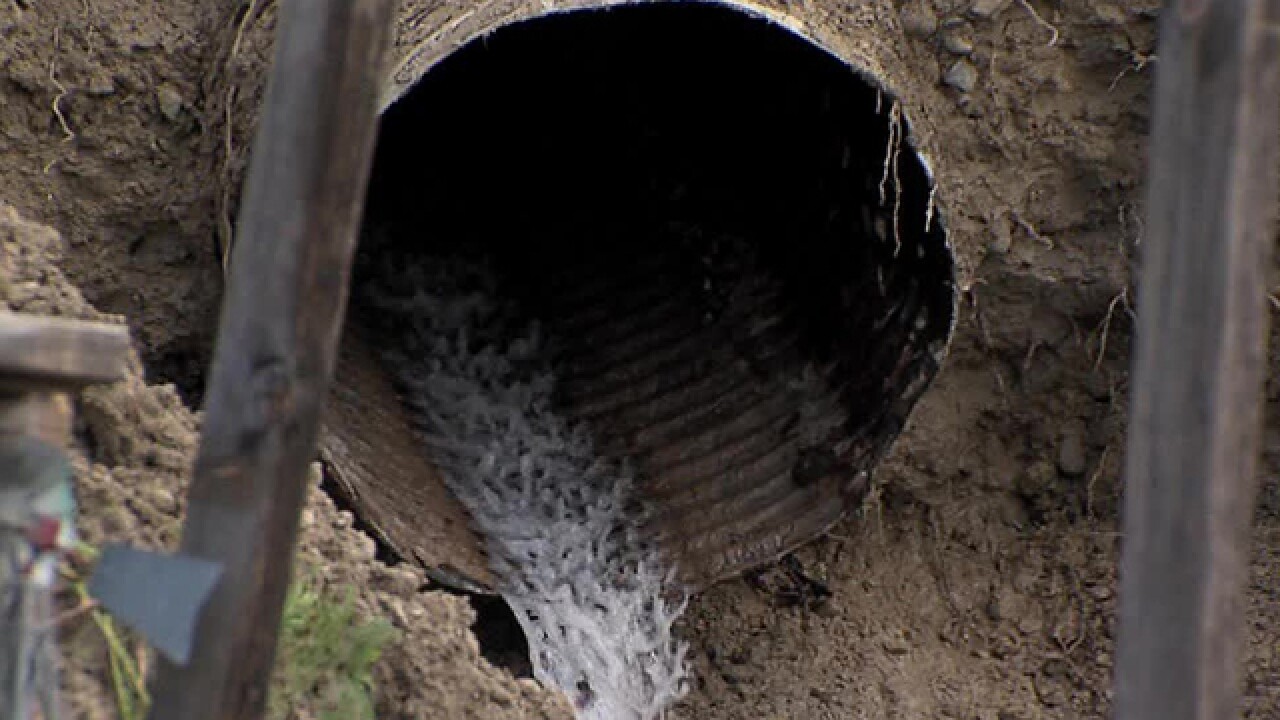 Staring into what appears to be a 10-foot-wide hole, San Diego City Councilman Scott Sherman got a firsthand look Thursday at a drainage pipe problem in San Carlos.

"They just got that on the emergency list," Sherman told homeowner Alan Baum.

Residents in San Carlos say the struggle could have been avoided if the city responded to their requests to fix problematic storm drains more quickly.

"Now it's kind of like just the depression," said resident Guy Lawyer.

Lawyer said flooding destroyed his house on Cabaret Street. The downpour in early January overwhelmed an already damaged storm drain pipe in Lawyer's backyard. The pipe broke, sending water rushing toward his home and the homes of his neighbors.

Lawyer said he pleaded with the city to fix the pipe, telling Team 10, "I kind of feel they could have done something."

"The gravity of what happened over at Cabaret Street is shining a light on this now," said San Carlos resident Stephen Luby.

A few miles north, in the same neighborhood, another pipe is causing concern.

Luby showed 10News the gaping hole in the hillside. He said he and his neighbors submitted several service reports to the city in 2015, but the hole continues to get bigger.

"What happens if it just totally blows out?" Luby said.

The city says they have teams looking through every maintenance report and request that comes in. They also dispatch crews to see problems firsthand.

"We do have priority lists," said city spokesperson Bill Harris. "We make determinations about which ones we think are urgent and which we think can be part of a larger project, whatever it may be," said Harris.

Harris said the crew had been working on both San Carlos locations, even bumping them up the list.

He called the situation on Cabaret Street an anomaly, saying it was a catastrophic failure of a pipe. Until the storm hit, crews believed the pipe might hold up.

"At the last minute, we made a determination that the intensity of the storms was going to be a problem and unfortunately, it came very fast and very quick," Harris said.

The city says they're working across the area on projects and potential projects that are helping them avoid problems like that.

Homeowners told Team 10 the project on Whelan Drive has been put on the emergency list.

On Friday, Sherman's office is planning to pass out sandbags on Cabaret Street.

If you have something you want to city to look at, click here.